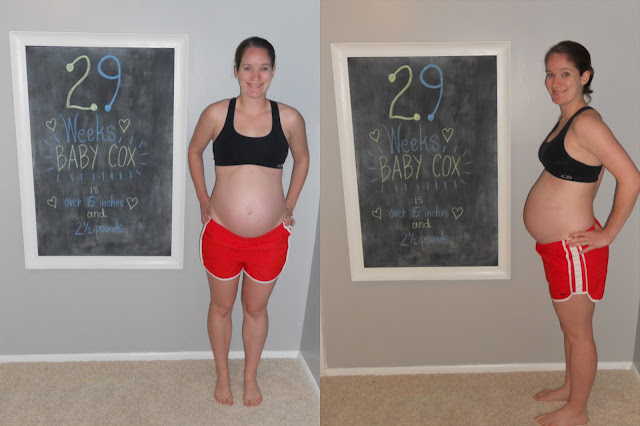 I am loving Baby Cox’s room being so close to finished.  It is so much fun to go in his room and imagine him being in it. My favorite evening activity is to rock in the rocking chair while I read him a book.  I love to think of him cozied up with me while we read a story.  It's amazing how much my belly has grown.  I was just looking back and comparing my size now to the end of the 1st trimester.  Thought I'd share! 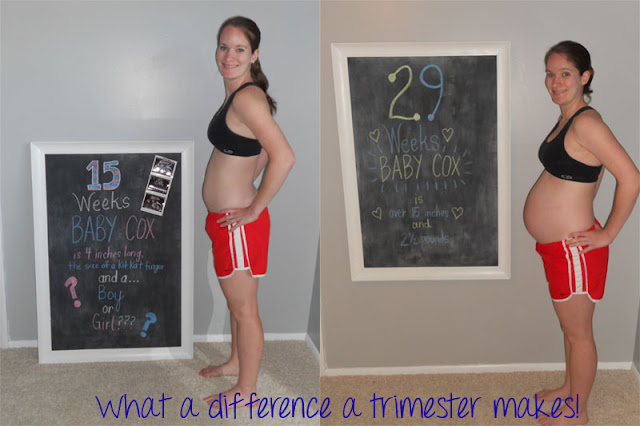 We ran the Twilight Thriller this weekend.  It was a Halloween themed race with a costume contest.  I dressed as a cow and Ty was a gnome.  My brother ran as a minotaur and my friend, Ang, was a flapper.  My dad missed out on this one because he was out of town for a conference.  Ty won the costume contest.  We think a lot of it had to do with his hat making him stand out in the crowd.  I have been gradually getting a bit slower at each race, but not too much.  I finished in 24:55.  I was surprised I was still able to run under 8:30 pace because I ran my long run on Thursday.  Since we were doing the race on Saturday I decided to run 7 miles on Thursday after work to get in a long run. 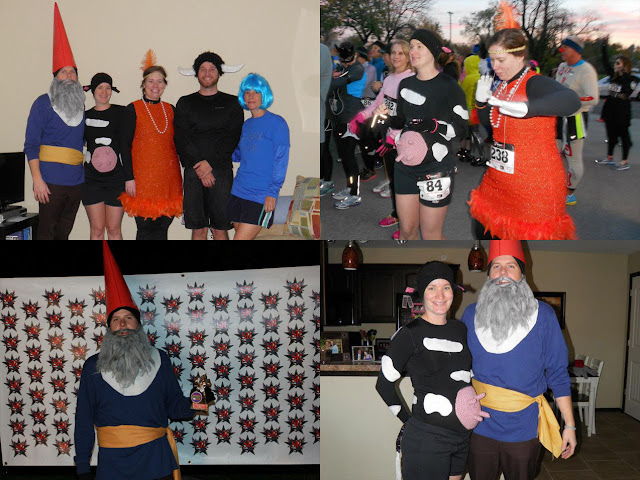 Modern medicine is quite amazing.  If Baby Cox were born this week he would have a 9 out of 10 chance of survival.  Isn’t that amazing!?!  I think he is quite content to hang out for the next 11 weeks though and I hope he does just that!  His brain can now control his breathing and body temperature.  He is also VERY active.  Lately he has been hanging out on the left side of my belly.  I have even seen a big lump in my stomach which I am assuming is his cute little booty.  I’ll be walking along and, all of the sudden, feel a pain in my stomach.  When I look down there’s his little booty pushing its way out of my belly!  He is so funny!  My favorite thing he does is slide across my belly.  I’m thinking it’s his foot, but I’m not really sure.  I’ll just see a bump run across my belly.  He is a busy boy!

I haven’t heard from the doctor’s office.  The doctor said if I failed my glucose test I would hear from them by Monday or Tuesday, so I’m assuming I passed.  He said if I didn’t hear from them, it was a good thing.  I’ll get official word at my appointment next week.
Posted by Liz Runningmomma at 1:38 PM