Last year on our first anniversary we were 3 months pregnant with Carter.  This year on our second anniversary Carter was approaching 7 months old.  It's amazing how much our lives have changed in one year.  I was happy last year, but I had no idea how much happier I could be.  Carter has made our lives so much more fun and he definitely makes our anniversary picture much cuter! 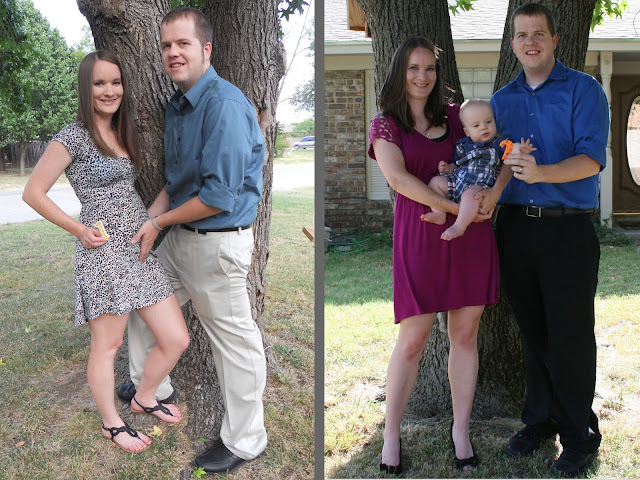 The second year of our marriage was better than the first which leads me to wonder, what is to come next year?  Carter will be a year and a half old.  He will be walking, doing some talking, and definitely keeping us busy!  I love both my boys so much and I'm so excited for what year 3 will bring!
Posted by Liz Runningmomma at 8:13 PM

Email ThisBlogThis!Share to TwitterShare to FacebookShare to Pinterest
Labels: anniversary