Today is the last post in our wedding memories series.  Here are Ty's wedding day memories! 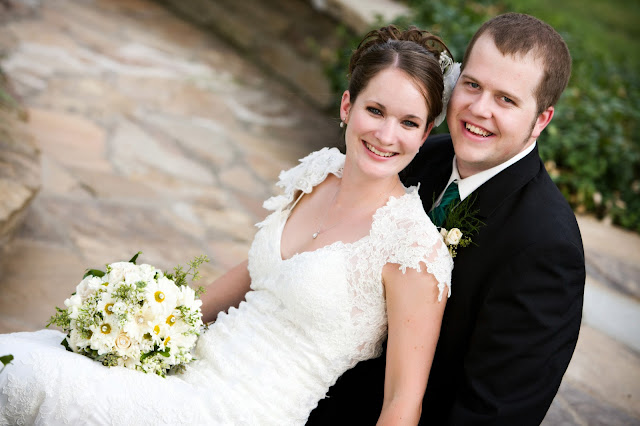 The first memory I have of our wedding is the last day of work before I took two weeks off for the wedding (the week before to prep and then the week after for the honeymoon). I was sitting at my desk that morning, just anticipating the upcoming weeks, so excited I was jittery. Needless to say, I got very little work done that day and ended up leaving at about 2:30 that afternoon. Normally, I would call Liz and let her know I was coming home but that day, I decided not to do that.

When I walked through the door that afternoon at 2:40 (awesome commute when I am the only one on the highway!), I was greeted by Liz and a look of complete shock. She ran jumped into my arms, hugged me, and started crying, excited to get an early start to the week leading up to the moment we would start our lives together as a married couple.

Ang played in college which translates to she is really good. It didn’t take her long to realize that I was just out there to crush a few balls and relax. We had a really good time and it was great to get some bonding time with one of Liz’s best friends.
The rehearsal dinner and rehearsal itself was a great time with all of our family and friends. It was good to kind of have that informal setting. It was all really quite relaxing and went extremely well. I remember after the wedding rehearsal, two of my groomsmen coming up to me and thanking me for telling them people were dressing up. Apparently I told Paul and Brian to wear khakis and a nice shirt but didn’t relay that message to Chris and John who wore shorts. Sorry guys!
Before the wedding, Liz and I had chosen to have a quiet moment together, just her and I in the chapel. Her and I and the photographers that is. It didn’t take her long to come down the aisle (my back was to her) and touch my shoulder but it really seemed to take forever. Once I turned around I will never forget that look of happy on her face which is the first thing I noticed. Yes, I glanced at the dress, but I was more interested in her (we later had a discussion on how she was surprised that I didn’t even look at her dress). That was honestly one of my favorite parts of the wedding. 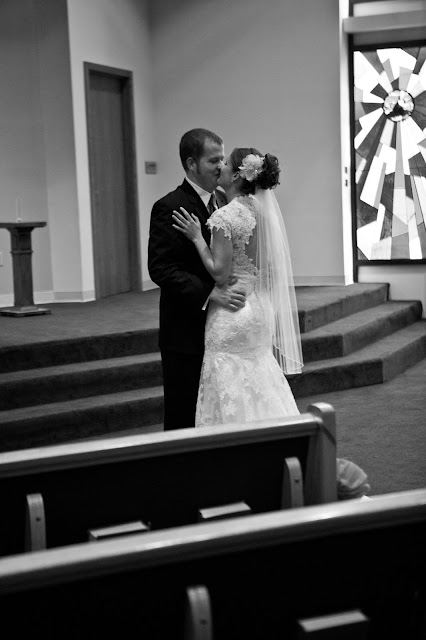 Waiting for people to be seated was agonizing. It just seemed to take forever and I wanted to get things done! Finally we were able to start. Everything went smooth and according to plan. For most of the ceremony, it seemed like just Liz and I up there. We were constantly flashing smiles at each other and mouthing a few words even. There was just an easy air about it.

Photography afterwards was a breeze and a lot of fun. I loving walking down the hall of our house and seeing the photo of us on the Pitt State campus just married.

One of the only “hiccups” we had in the entire wedding became a non-issue almost immediately due to quick thinking by my brother and an always be ready for anything attitude by my dad. When my brother got married (8 months earlier), my dad told him and I that he would have cash on him at all times and if there was an issue, he was sure it was something cash could fix.

So when the limo driver dropped us off at the reception hall and refused the check Liz had written out days earlier because he needed to see some id and have a driver’s license number written on it (something no one at the limo company bothered to tell us), Paul was off in a flash to get cash to cover the bill and get the driver out of our hair.

At Paul’s wedding, one of my cousins noticed I was dancing a lot and made a comment to me about how she didn’t know I liked to dace so much. I told her, “No, I hate dancing. But Liz loves to dance so I dance for her”. 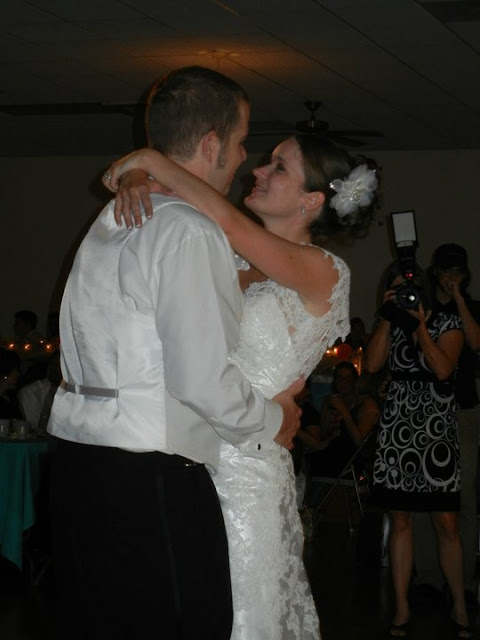 That being said, I think that the only time I really wanted to dance was our first dance. I remember holding her close and just gently moving around the dance floor while quietly singing the words of our song to her, something I had been doing since we started dating. That was a great moment, something I will cherish forever.
Posted by Liz Runningmomma at 8:00 PM