Carter's 1st Day in the One Year Old Room

Yesterday was Carter's first day in the one year old room.  He woke up at 6 am and we went about our normal routine just like any other day.  That is other than dressing Carter in a special first day of school outfit and taking a bunch of pictures.  On the drive to daycare I felt like any other day.  I wasn't prepared for the onslaught of emotions that occurred while dropping Carter off.  As we walked past the infant room I felt my throat tighten.  Once inside Carter's new room I struggled to hold in my emotions.  Sometimes I'm caught off guard with my reactions to situations which is foreign to me.  I guess it comes along with the whole parenting thing. 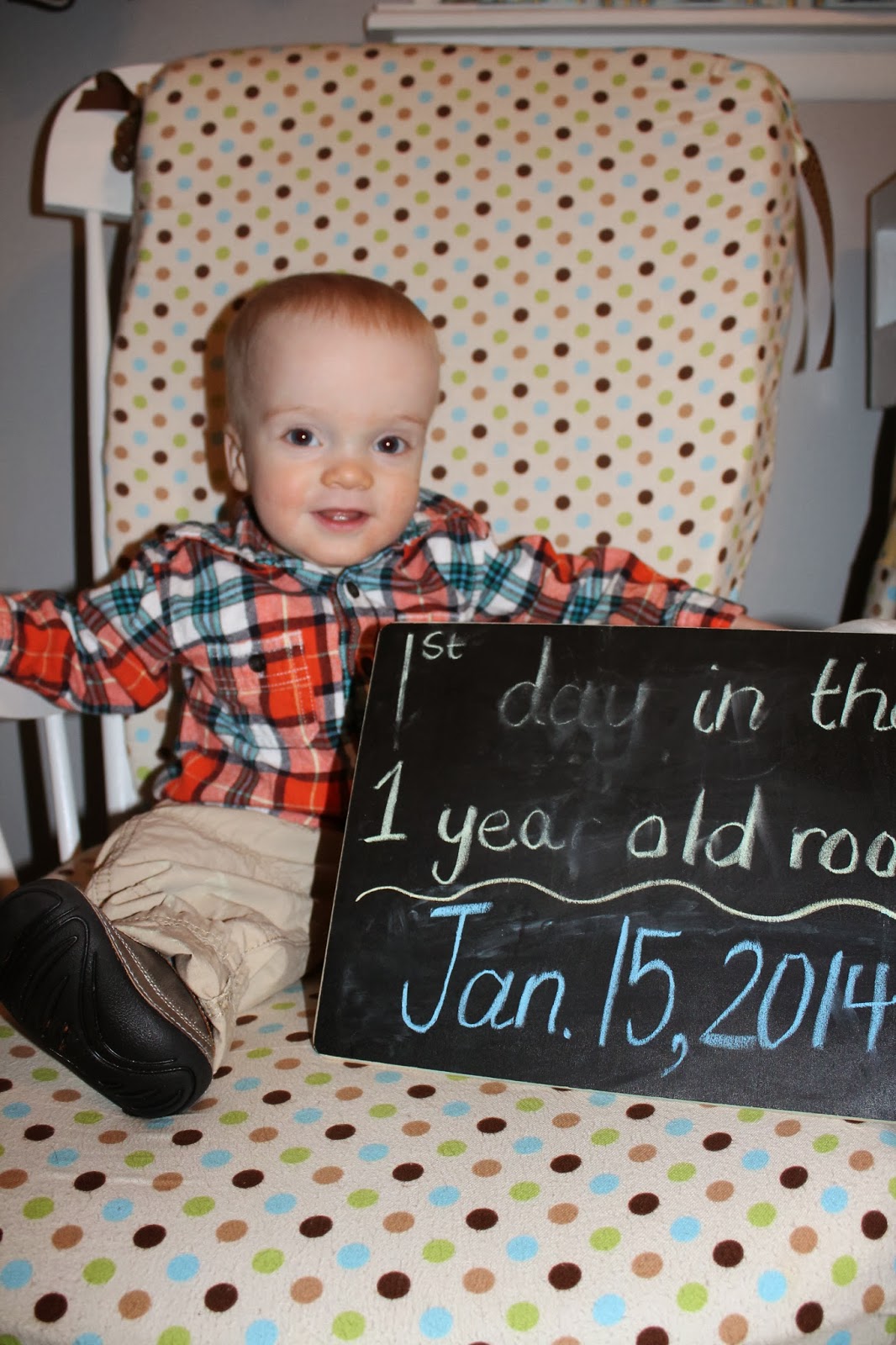 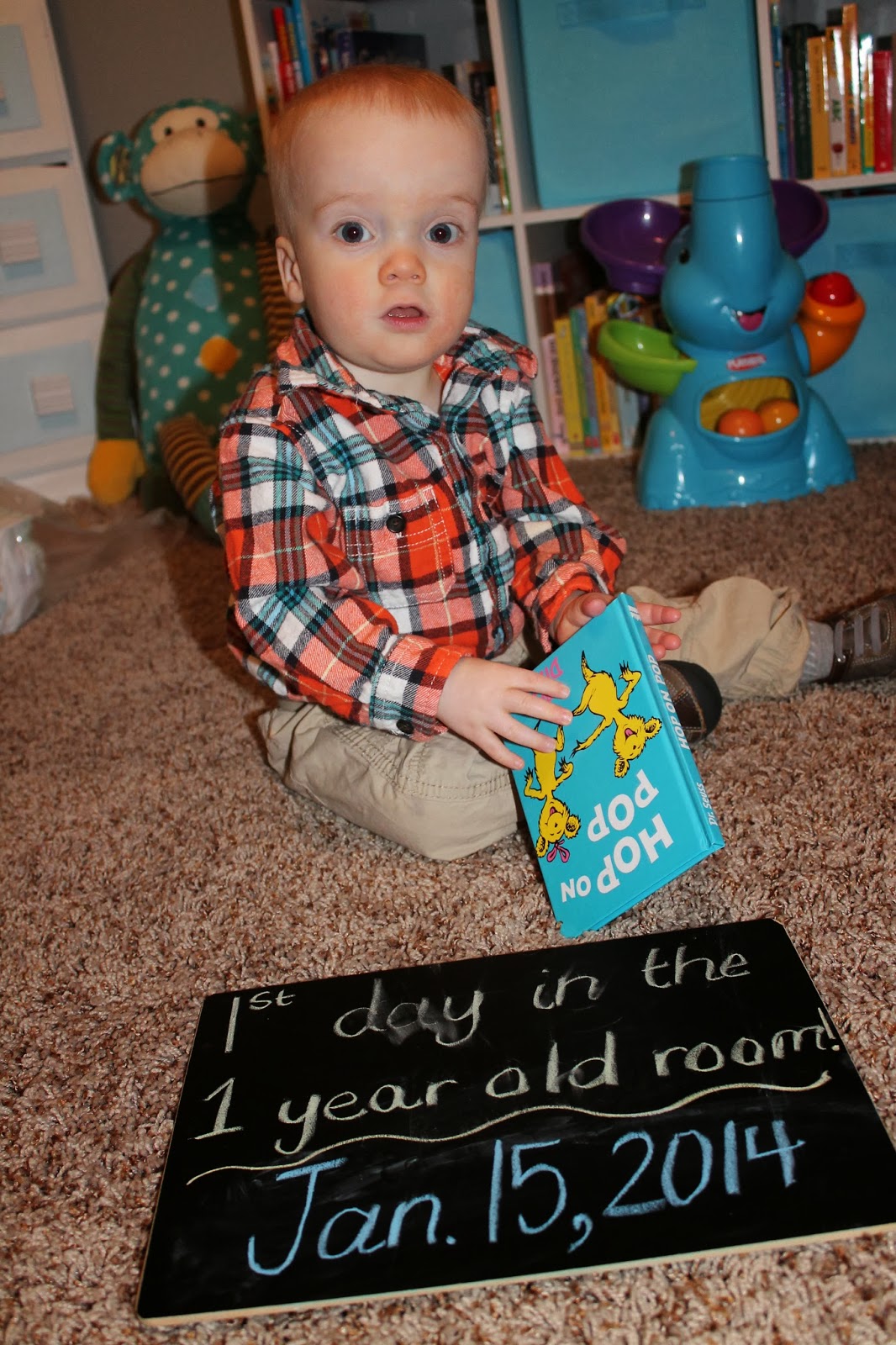 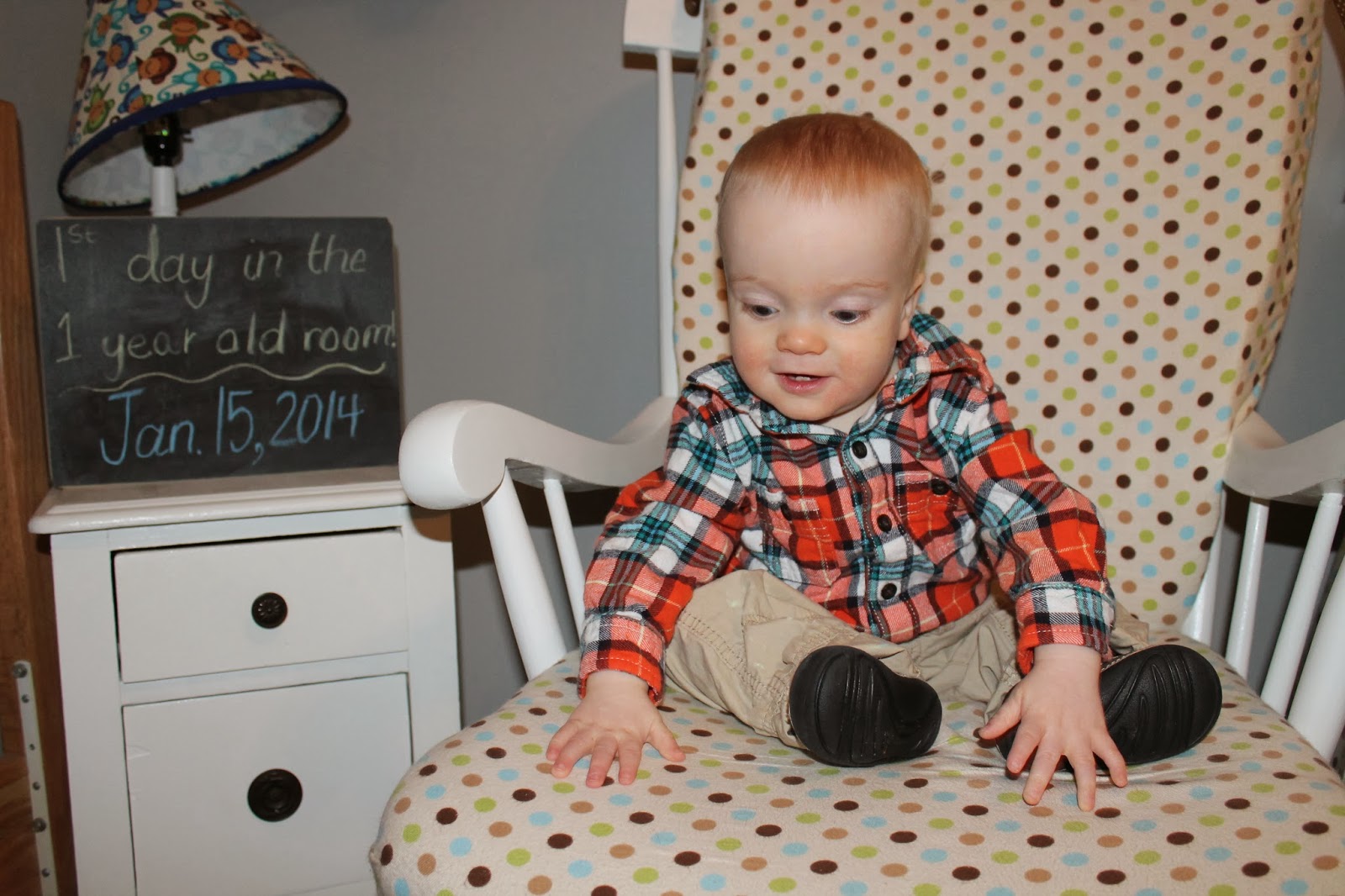 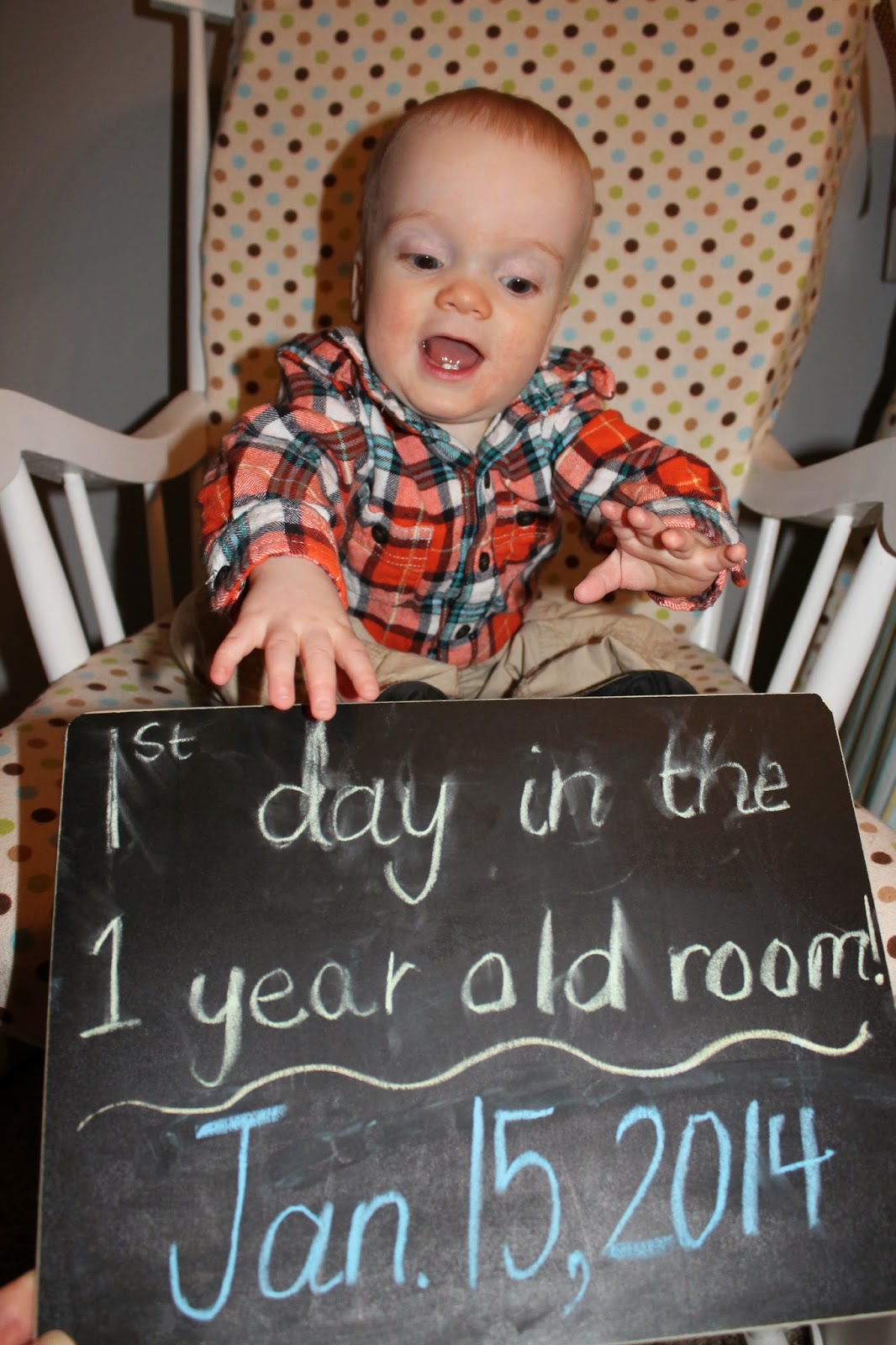 Carter was greeted by the other children already in the room.  One of the kids even reached for Carter and then patted his back.  Carter was ready to get down and play so I sent him off.  It was just all so weird.  The room was different, the teacher was different, I didn't fill out any information like I used to on his infant daily sheet.  I felt lost.  The transition was nothing for Carter.  He took off right away, playing and babbling to the other kids.  I missed Miss Tracie.  I saw her across the kitchen area and that's when I realized it.  She was the reason I chose the daycare I did.  Her sweet, calm, caring demeanor.  Carter may not have been overly attached, but apparently I was.  I never once worried about leaving Carter with her.  I knew she cared for him just as if he were her own child.

You'd think such a small transition wouldn't make that much of a difference.  Carter moved to the room next door, no big deal, but it was.  I don't know if it was the absence of the full daily sheet (he now only has half a page with little tidbits), the different teacher, the different room, the different toys, the realization that he is over a year old, or the fact that in 3 more years he'll be in preschool.  Whatever it was, I cried the entire way to work and struggled to pull it together before the kids arrived for school.

This morning went much smoother for me.  Carter took off straight for the book shelf and pulled out a book to read.  Then he crawled off, pushed a car up against the wall, and proceeded to climb aboard.  One of the other little boys followed him around and even patted his back to say hello.  I felt much calmer going to work and didn't shed a single tear. 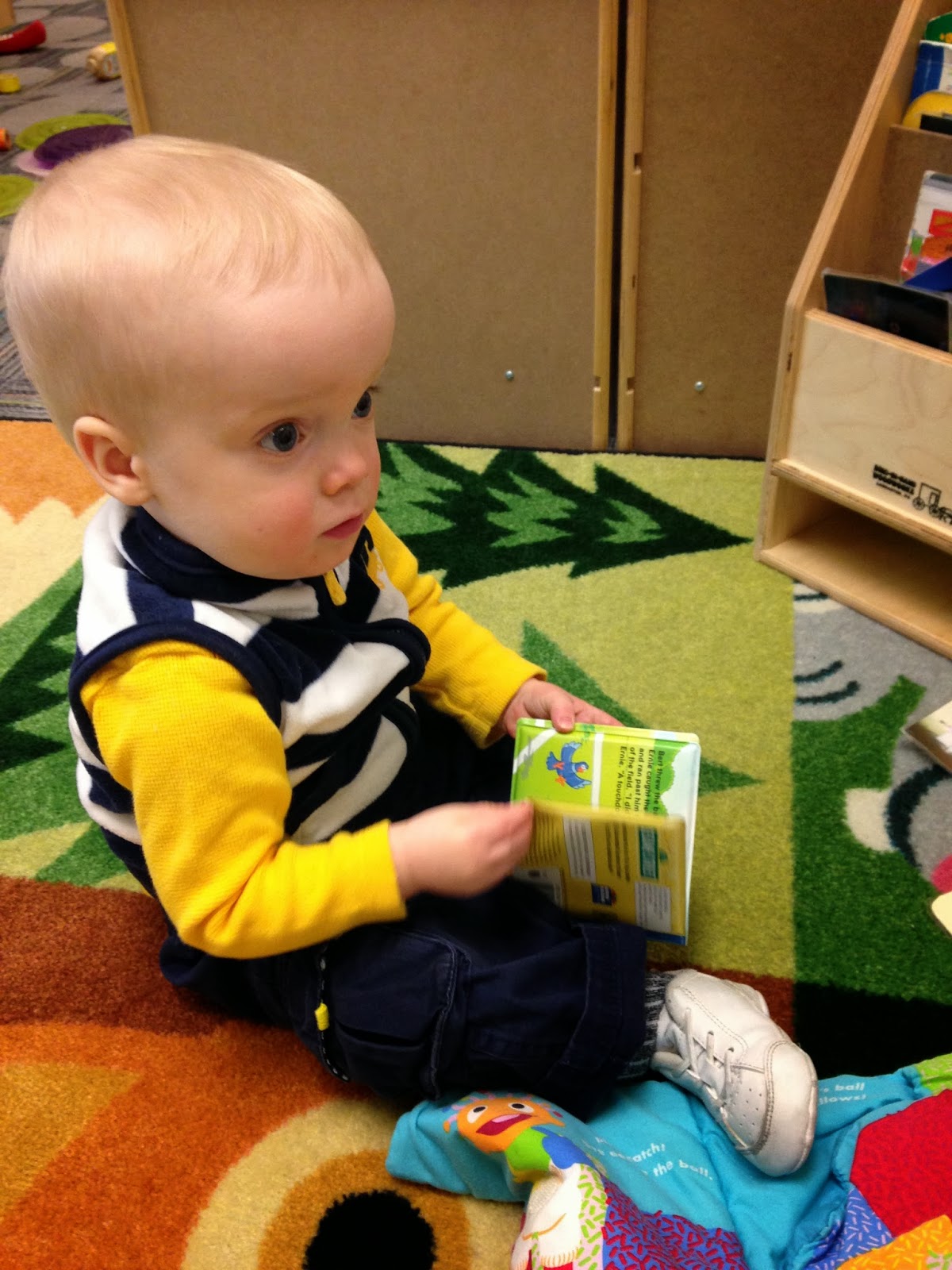 It was as though my students sensed I needed some cheering up because I was greeted with 3 gifts this morning.  A rainbow loom bracelet, a rainbow loom ring which was so small it only fit on my pinky finger and cut off circulation at that, and a random Christmas basket which I'm thinking I better e-mail parents to make sure they know it was given to me as a gift.  I've had students randomly bring things from home to give me without asking their parents first.


Yesterday was another instance that reminded me this whole working mom thing is so much harder for me than it is for Carter.  I get all worked up and upset, missing him and wishing I could stay home, and he's at daycare cruising around having a blast with all of his friends.  It was a reminder to me that I need to lighten up, look at the bright side, and focus on how great things are for Carter and forget about how sad they make me.  No one said being a mom would be easy, but no one could ever explain how hard it truly is.  Walking around with your heart out of your body is an understatement for sure!
Posted by Liz Runningmomma at 7:40 PM