Tuesday morning was rough for me.  It was the first day back at work after a 3-day weekend.  Extra days at home seem to make it even harder to go back to work.  They get me thinking about what it would be like being home with Carter every day.  Monday evening as I sat down after Carter went to bed I couldn't help but think, why can't every day be like today?  It had been a perfect day filled with playing outside, snuggles, snacking, and believe it or not, cleaning house! 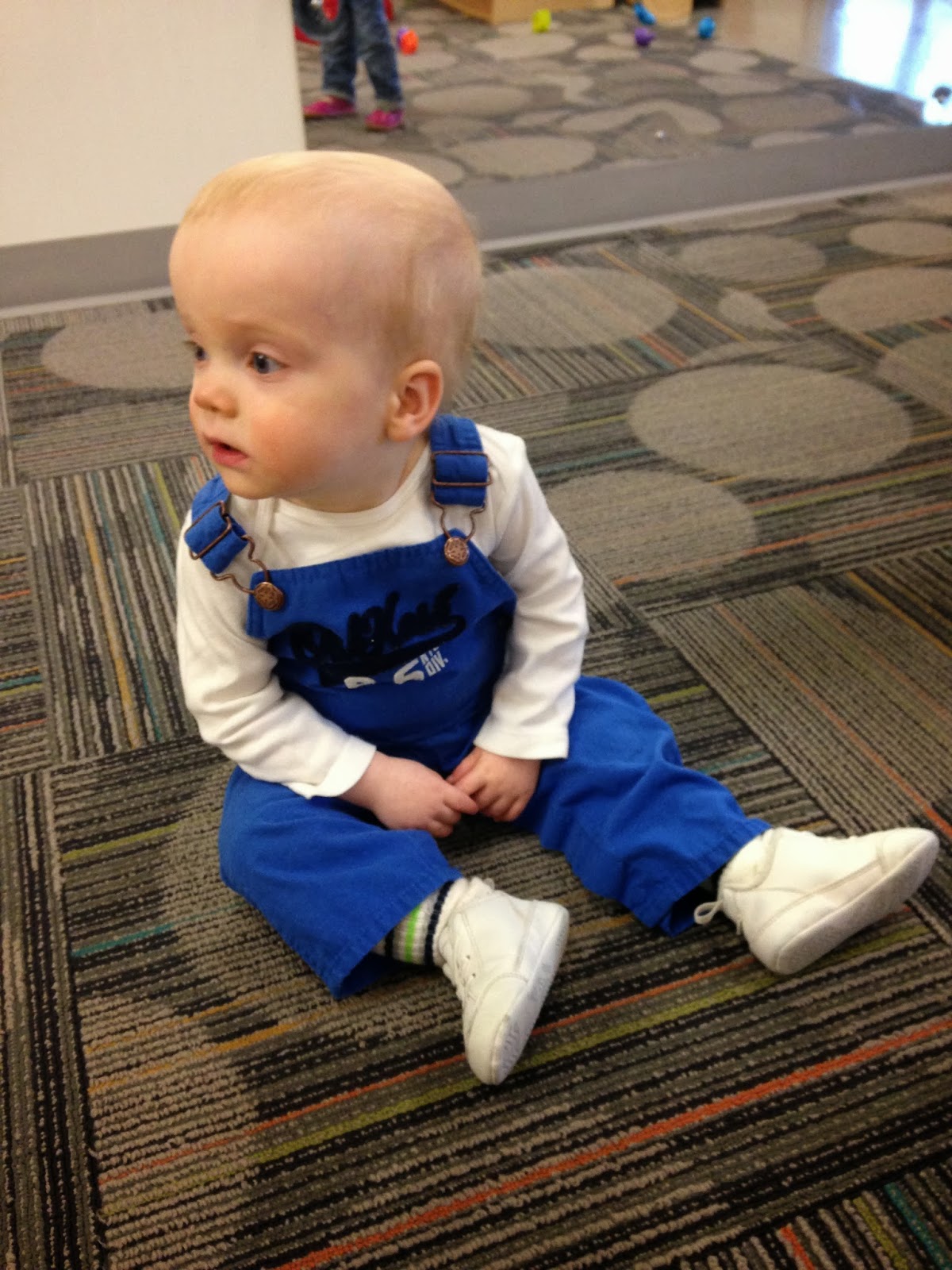 Tuesday morning when I dropped Carter off at daycare I set him down and went into the kitchen area to make some changes on his menu.  While I was in there Carter screamed and began crying really loudly.  I popped around and saw one of the other little kids holding Carter's hand while Carter cried and tried to pull it away.  I rushed over, grabbed Carter into my arms, and looked over his hand.  I didn't see anything so I guessed the little boy must've been pulling too hard.  I held Carter long enough to soothe him and then put him down.  As I turned to walk away the same little guy walked over to Carter, grabbed his hand, and bit his fingers.  Poor little Carter dude just sat there and cried.  I instantly picked him back up, shocked.  I couldn't believe the sweet little friend of Carter's had just bit him!  I get that he's not even 2 years old yet and doesn't understand cause and effect very well, but why would he do it again when Carter had cried the first time?!!?
Carter's teacher and I both tried multiple toys to distract him, but all he wanted was for me to hold him.  I had less than 10 minutes until I had to be at work so I had to leave or be late to work.  It was the saddest, most heart breaking moment for me.  I knew Carter would be over it in the next few minutes, but not being able to hold him and soothe him as he cried coupled with having to leave him while he was crying was enough to leave me crying all the way to work.  As a teacher I know this won't be the only time a peer does something to physically or emotionally hurt Carter, but it didn't make it any easier.  To make me feel better, I watched this video.

Posted by Liz Runningmomma at 7:01 PM