Carter has been spending more and more time in the one year old room at daycare.  He will officially move rooms next week.  When we arrived this morning they had me take him over to the one year old room.  Immediately he crawled over to the play kitchen and began cooking on the stove.  One other child was in the room when we arrived and he was very excited to see Carter!  He crawled over and they cooked together.  Carter kept trying to grab the spoon from his little buddy.  He's not used to being around kids as strong or stronger than him, the other little boy didn't budge.  In the infant room Carter would just grab what he wanted and crawl away because he was the only one who could crawl, not happening here.  Then he took off and crawled up a slide and then slid down.  He did it a few times and I tried to get a video, but my phone was too full of pictures.  By the time I had deleted enough pictures to take a video, Carter was over the slide.  Darn!  I'm sure I'll have a video of it soon! 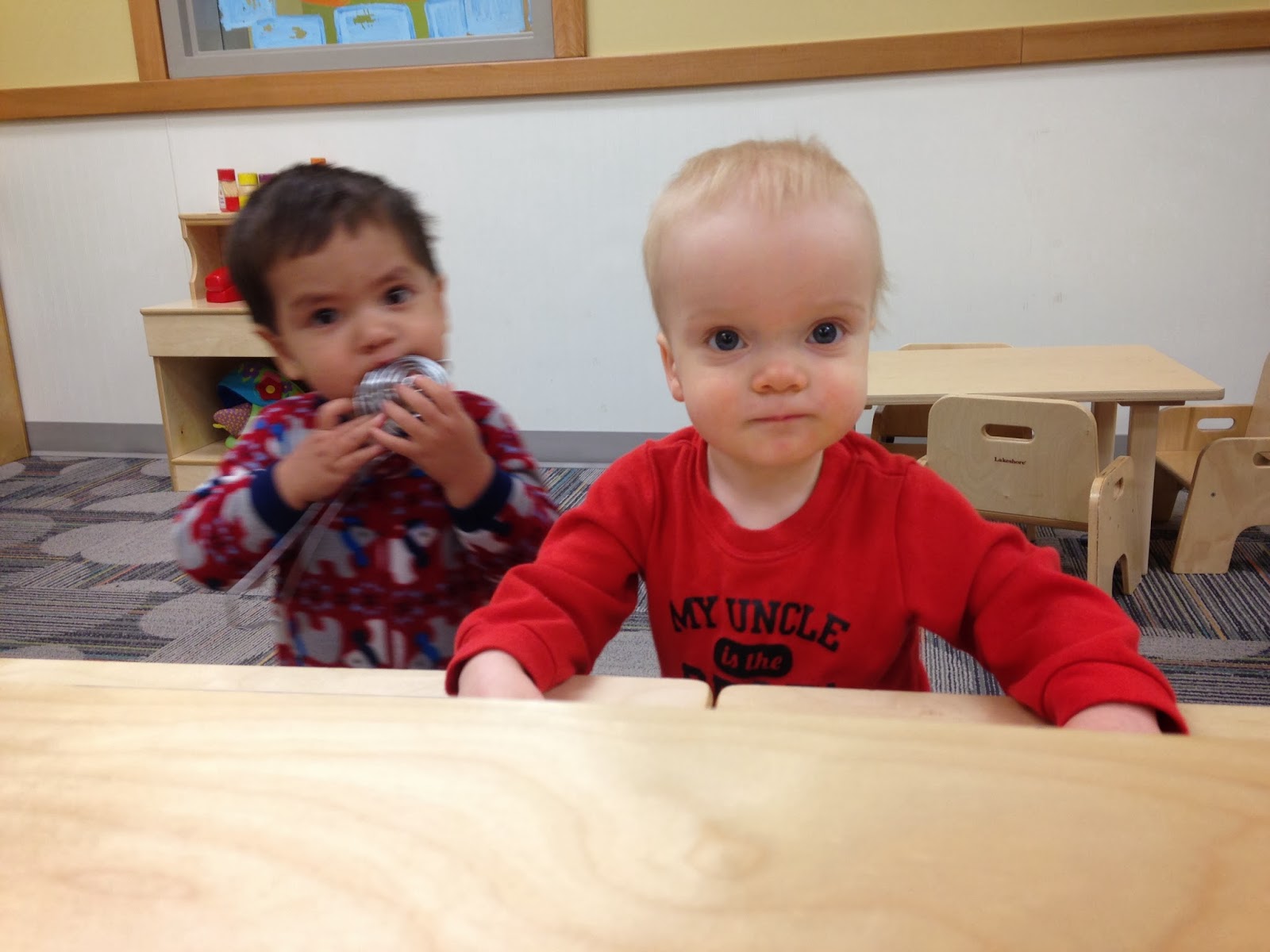 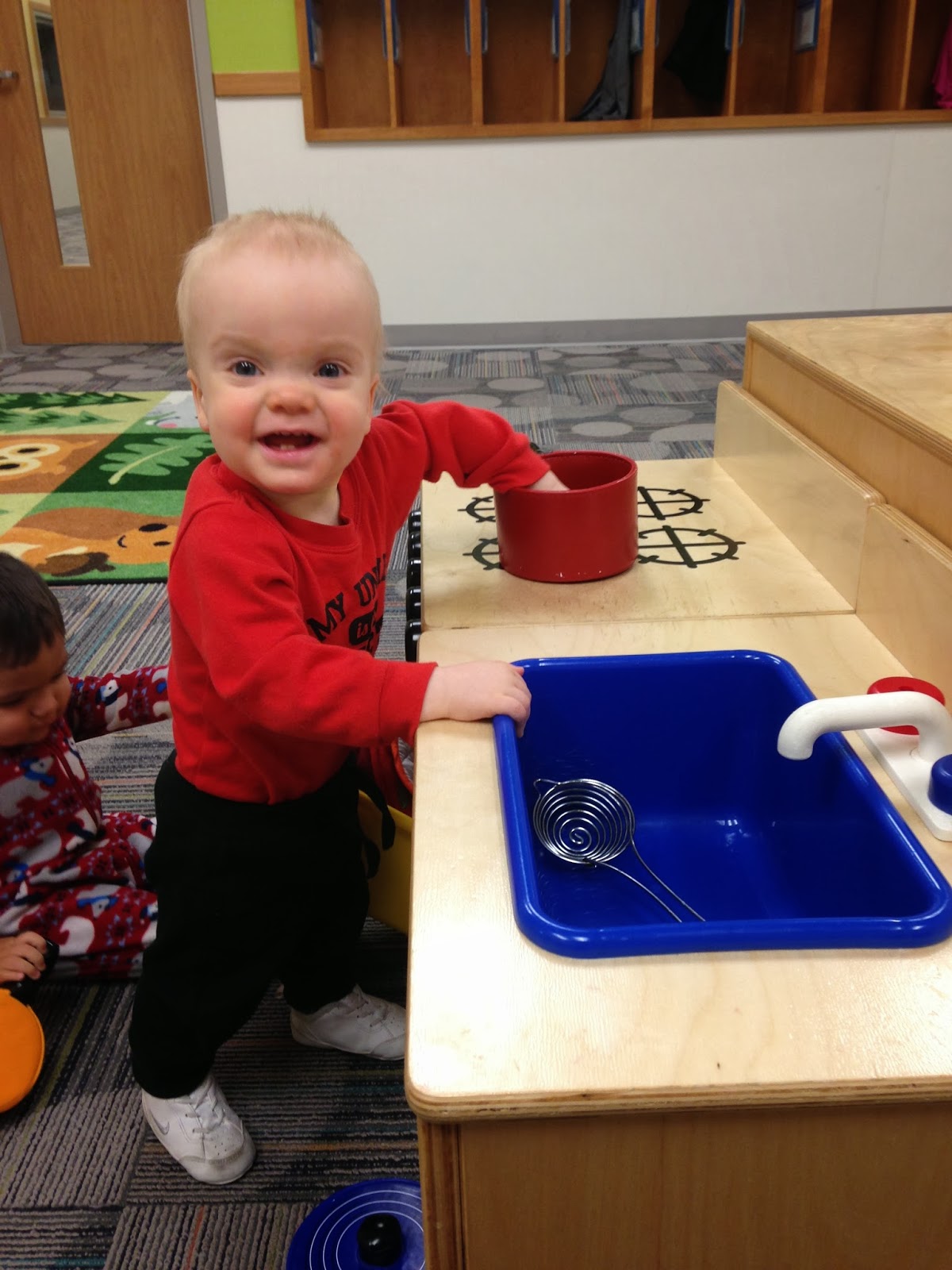 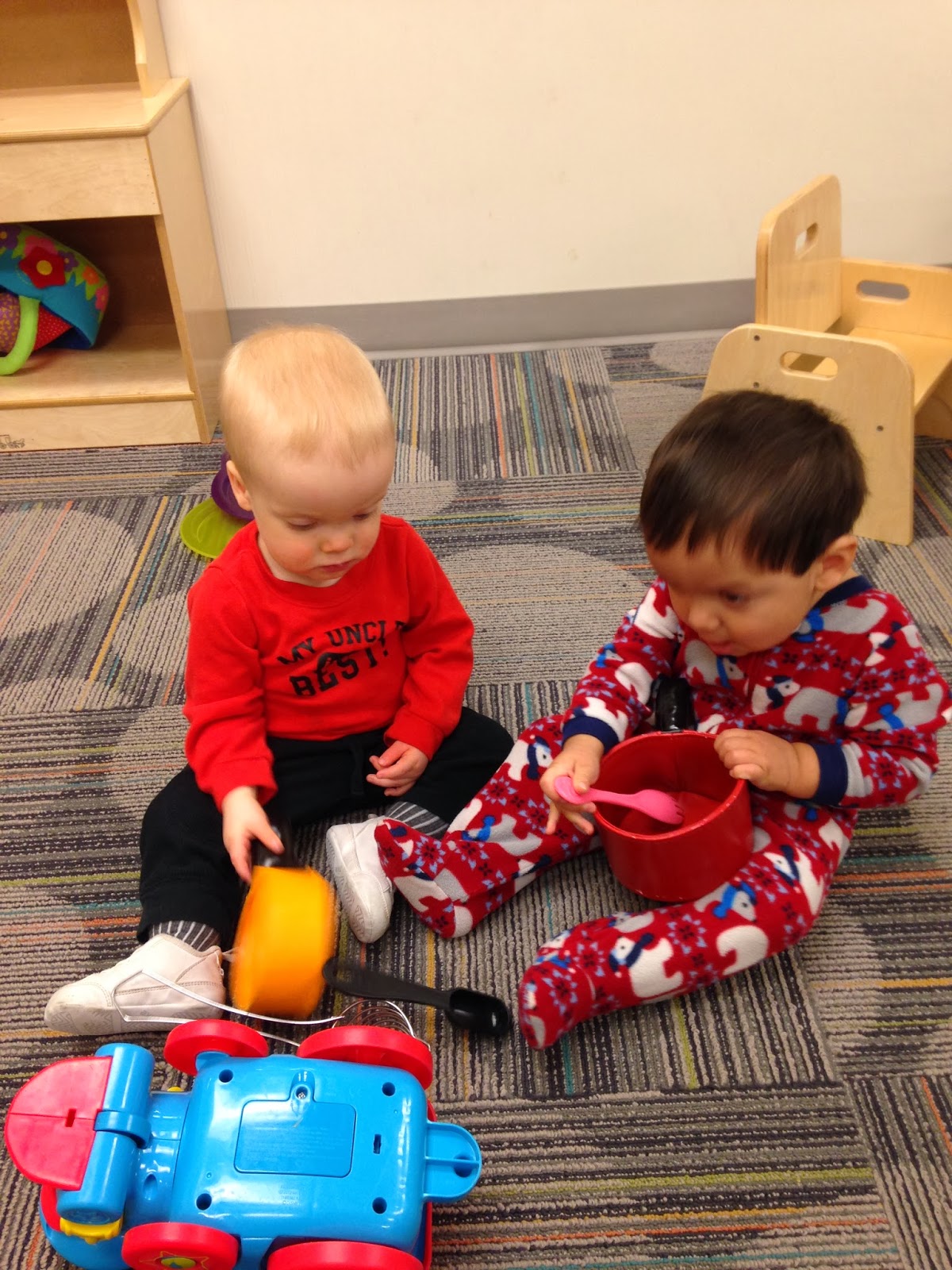 After I picked Carter up at daycare we headed to the trails to run.  I decided to run from a parking lot with a playground so we could play on the playground afterward because it was 57 degrees!  I told Ty where we were running from so he'd run from the same place and we could see him.  The playground is a bit strange with different toys than most, but Carter had a blast.  The first thing we played on was a spinner you sit in.  Carter laughed and laughed and laughed.  Sliding was Carter's other favorite.  We did it quite a few times, but I was worried to let go so I stood beside the slide and held his hand.  To get to the slide you have to climb up stairs and I was impressed with how Carter navigated up them holding my hands.  He continues to amaze me!  After the first time I just lifted him up to the top of the slide from the side.  On one side of the playground they have hills with fake grass.  I took Carter up to the top and went part-way down.  He scooted down the hill on his bottom, it was hilarious.  Ty arrived a little while after that so we showed him and I was able to get a video.

How were we going to top our playground experience?  We decided to go out to dinner and got Carter a meal for his first restaurant meal.  We went to our favorite Mexican restaurant and I ordered Carter one beef and one cheese enchilada.  The first thing we gave him was the rice and he chowed down on it!  Ty ate the refried beans, but other than that Carter pretty much dominated the meal on his own.  We left with a to-go box, but it didn't have much in it.  Little dude is quite the eater!

Posted by Liz Runningmomma at 7:22 PM