Carter and My Messy, Not Clean, Very Stinky Day

Today started out just like an average ordinary day around here.  My alarm went off at 6:00 and after reading posts on my phone I finally pulled myself out of bed a little before 6:15.  Carter woke up around 6:30 and ate his normal breakfast of a banana, some apple juice, and a little bit of oatmeal.  We headed for daycare at our regular time and arrived a bit before 8:00.  That's when our day got interesting. 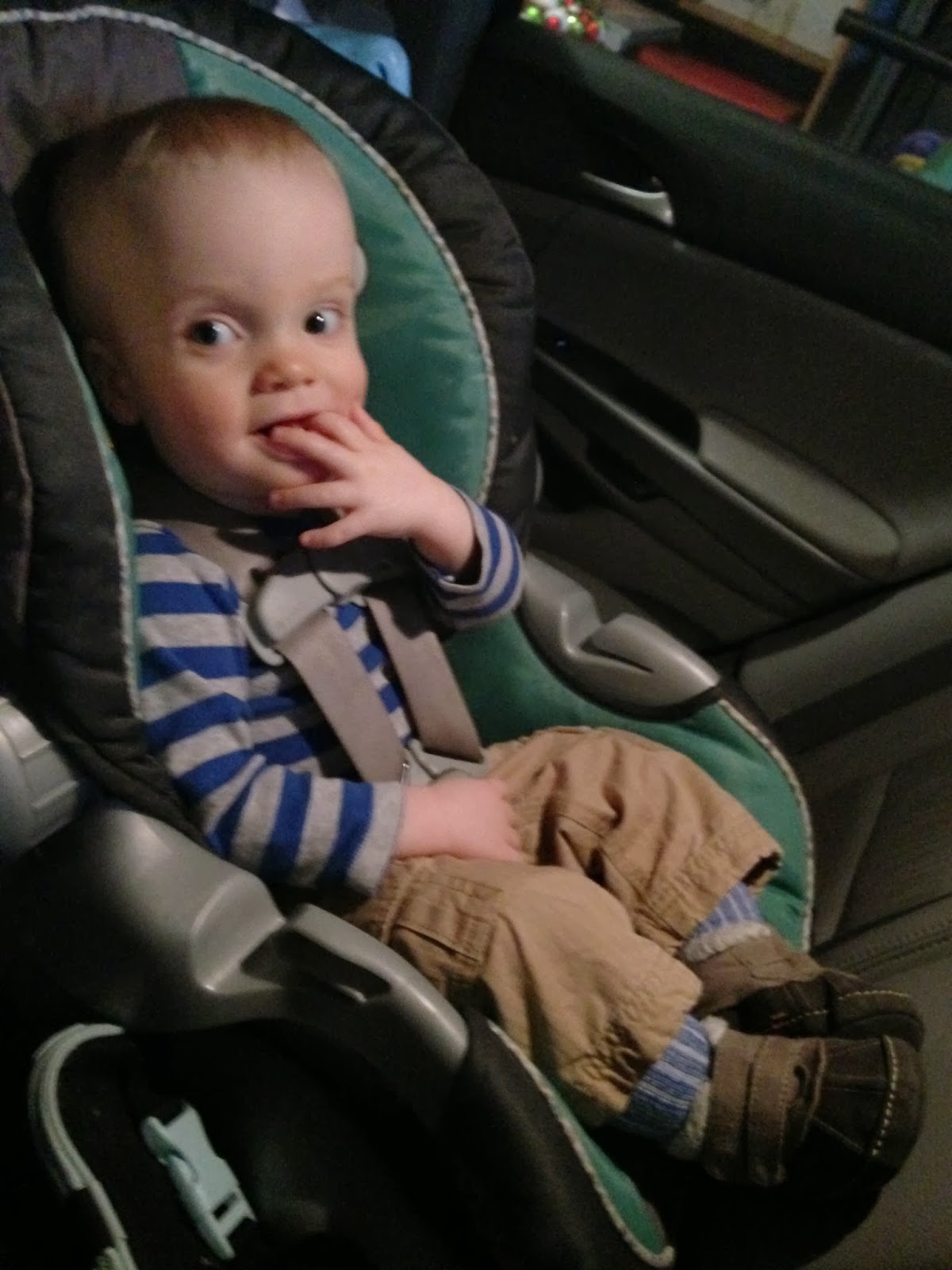 As I walked into the main lobby area of Carter's daycare he threw up.  Not a little spit up, but a lot of puke.  It was in my hair, on my coat, all over Carter's coat, on the floor, and on my shoe.  The teacher and receptionist who were in the lobby rushed around to get us paper towels.  I took Carter into his classroom to clean off and he immediately wanted to play and was acting like nothing had happened.  Even though he seemed okay I couldn't leave him at daycare after throwing up.  It was the first time he had ever had big boy throw up.  So after he was all cleaned up or as cleaned up as he was getting we headed home.  Luckily I already had a sub for the day because I was supposed to be meeting with some other teachers and our Curriculum Resource Instructor (CRI) for curriculum development.  I hated not being there for the planning, but was so relieved I didn't have to worry about whipping out sub plans and finding a sub in less than 30 minutes.  The CRI leading our planning session was very sweet and understanding about the situation which was nice.

When we got home Carter took a little 30 minute cat nap while I rocked him.  Then he ate a snack and played.  He was acting normal, just a little bit more tired and sluggish than usual.  He went down for a nap at 2:00 pm and slept for 2 hours.  After his nap he continued to play and seemed happy and chipper.  Then as he was crawling across the floor, he suddenly stopped and paused in the middle of the room on all fours.  As he did so he got a confused look on his face as he began to very loudly toot and, it was pretty obvious from the sounds, have diarrhea.  It was all over his pant leg and onesie so when I changed his diaper, I changed his clothes.  He was upset so I rocked him for a while and he again had diarrhea.  This time not only soiling his clothes, but mine as well!  By the time Ty got home for the evening I had changed Carter's outfit 5 times and mine twice.  We eventually gave up on clothing (for Carter, not me).  You can imagine how difficult a diarrhea diaper is to change when your baby refuses to lay down for it. So we also soiled the changing table pad thoroughly.  I'm not sure why, but I was quite surprised by how much was soaked up into the diaper!  I had just washed a load of cloth diapers, but we made sure to steer clear of them today.


Earlier in the day I messaged the doctor.  He figured Carter had a stomach bug which would clear up shortly, but suggested we make sure he stayed hydrated with Gatorade or Pedialyte and keep him informed of any changes.  Thankfully Carter was chugging water and apple juice all day long.  At one point he drank all of his water.  When I took his sippy to refill it, he screamed for me to return it!  By bedtime Carter seemed to be feeling much better and was producing much less diarrhea.  Hopefully he will be mostly, if not all, better tomorrow.  He never ran a temperature which I think helped him not feel too poorly. 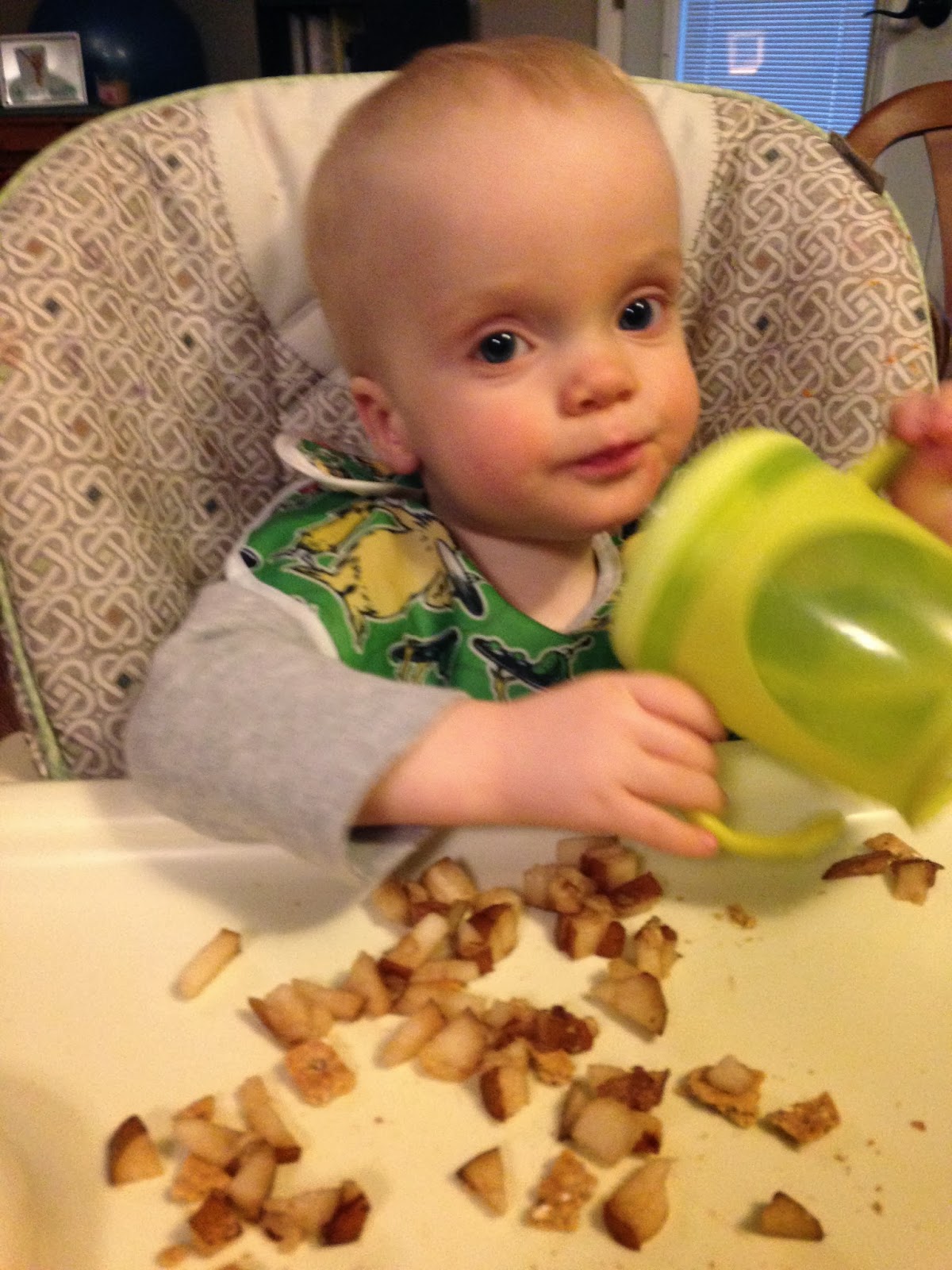