The holiday today meant I got to spend an extra day at home with Carter.  Of course the holiday also meant we listened to Martin Luther King Jr's "I Have a Dream" speech and the random thoughts floating around in my head were much deeper than normal.  I turned the speech on while Carter was eating his morning snack and he got so distracted he stopped eating his apples until the speech was over.  Just goes to show MLK is a great orator regardless of age.  Everytime I listen to him speak I get emotional and goosebumps pop up all over my arms.  If you'd like to listen to the speech I have the youtube video we watched below. 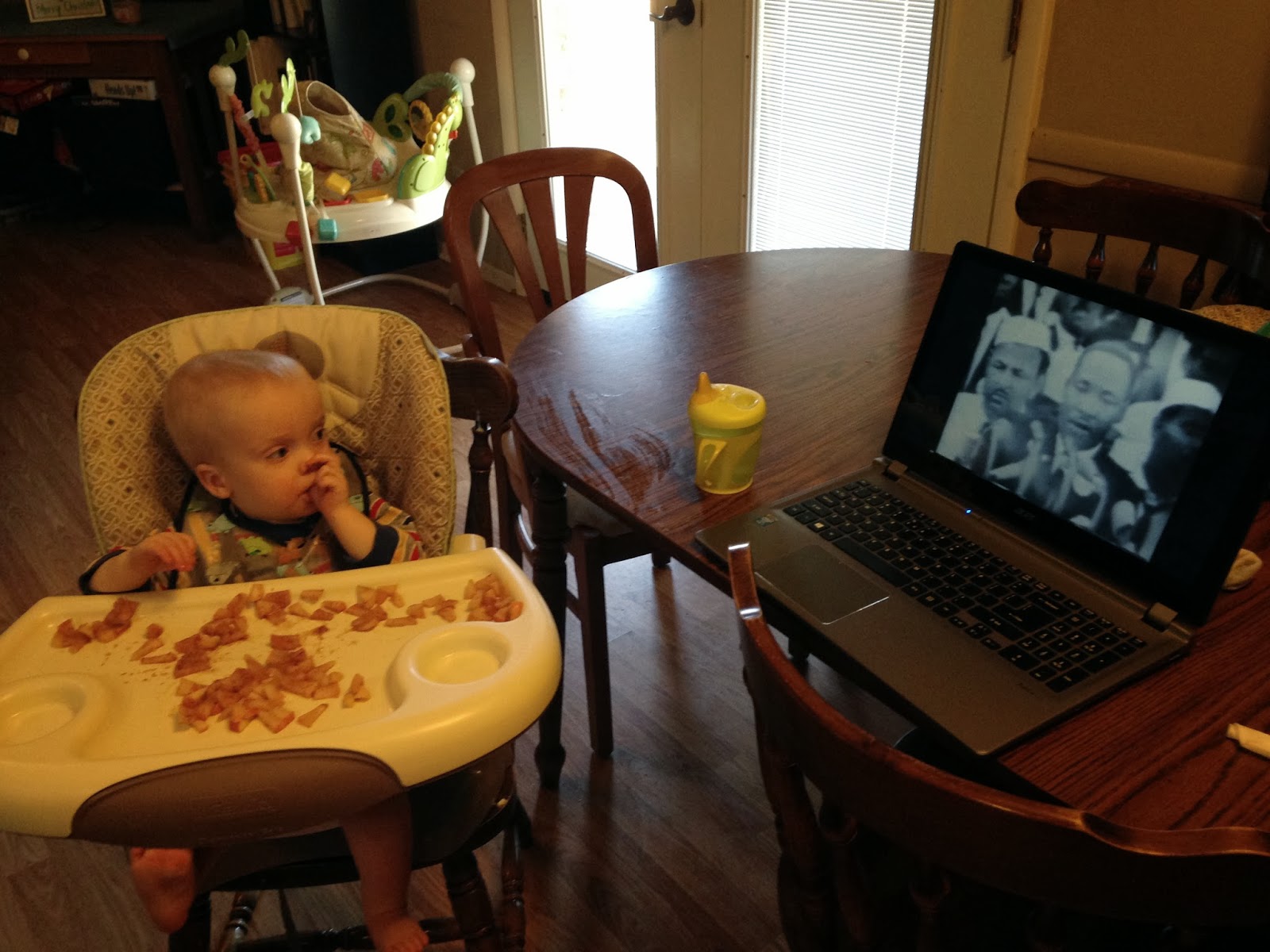 We had perfect weather for our day with the high reaching into the 60's.  Much of our day was spent outside.  Carter was walking pushing his bike and discovered, when he slipped, that it was much easier to do on his knees so he switched to doing it that way.  He crawled all over the backyard and then came upon the chain-link fence.  His game then became trying to pull leaves from the other side of the fence and then turning around and shoving them back through.  Harper has grown accustomed to Carter reaching down and handing her food as he's eating (which we discourage but it's pretty hard to keep him from doing).  She walked up to him while he was playing with leaves and handed her part of a leaf he had ripped off.  Without even looking, Harper very carefully pulled it from his hand, chewed it, and ate it.  I couldn't believe she actually ate it! 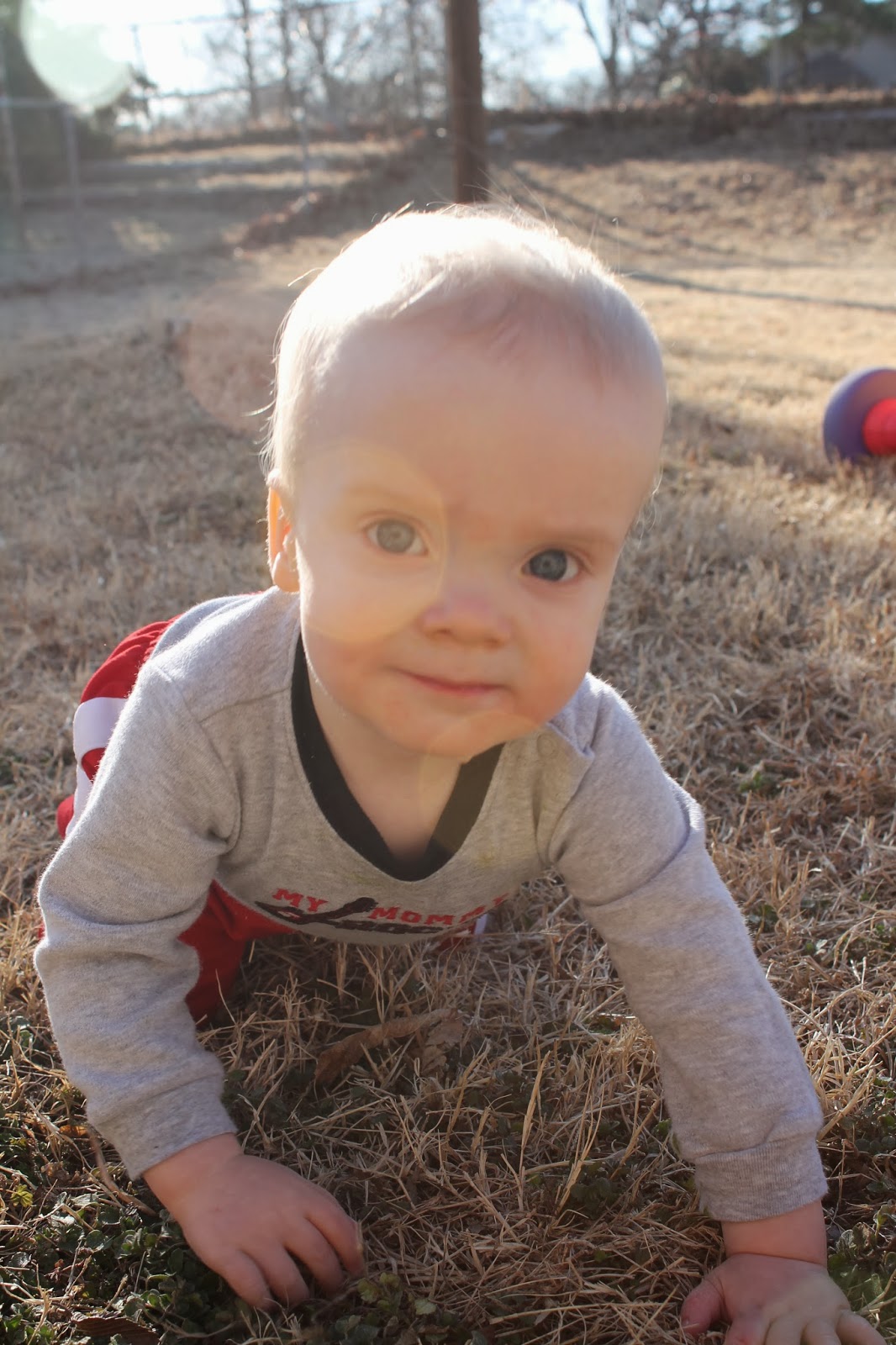 We also enjoyed lots of extra snuggles and Carter spent his inside time without a diaper.  His bottom is looking much better today, but is still not all the way cleared up.   He definitely enjoys not wearing a diaper!  This morning he was sitting on my lap and we had a blanket across our laps.  Suddenly he lifted the blanket up and looked down.  I swear he did it just to watch his urine spray across my lap! 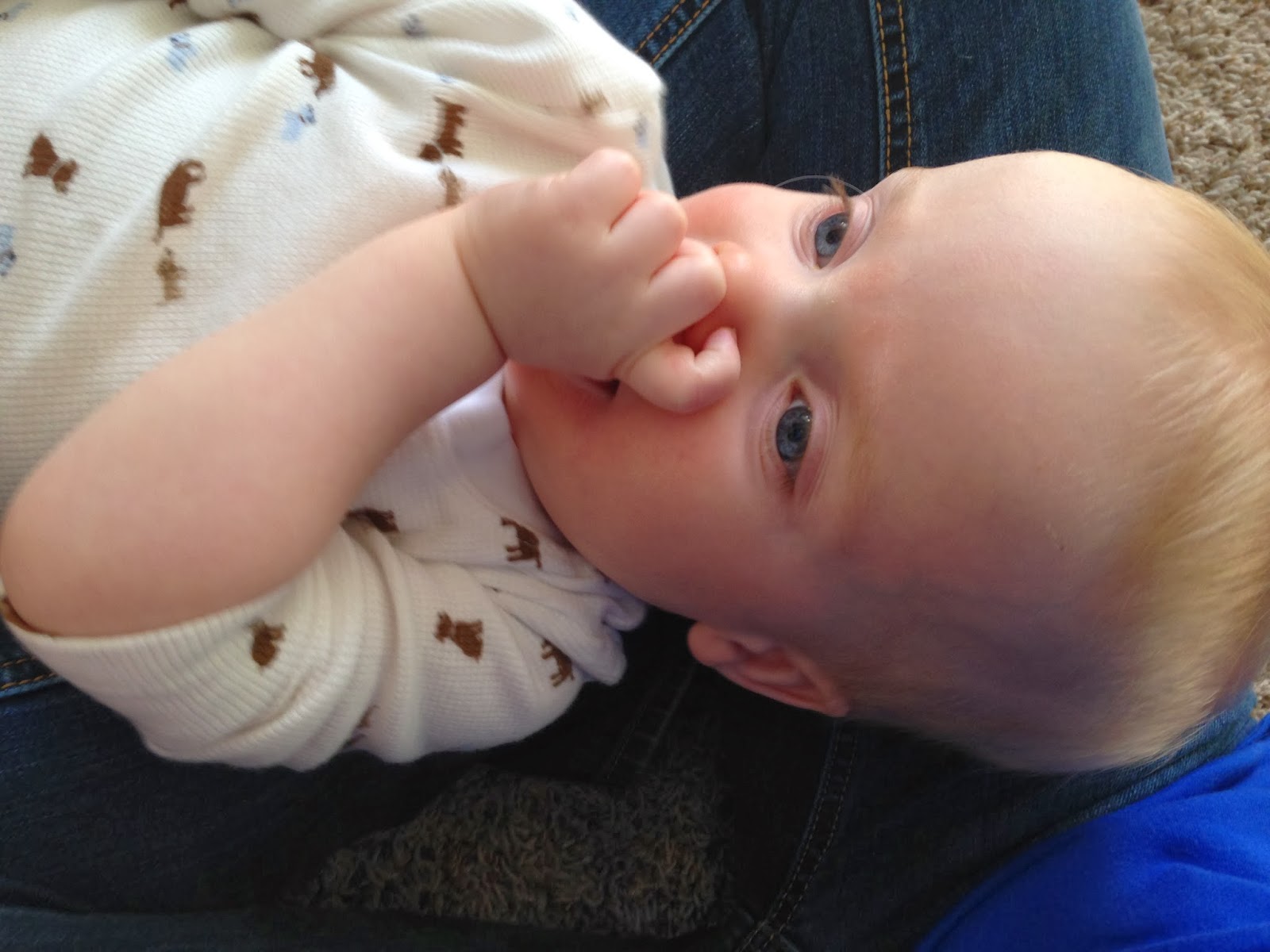 Posted by Liz Runningmomma at 7:31 PM