Bathtime is Getting Wild Up in Here

Little Mister has decided bathtime is a great opportunity to give his momma a heart attack.  He now regularly stands in the tub and I spend the entire time having heart palpitations and worrying he will fall.  Today when he turned to sit back down he slid backward and his face went under water for a moment.  Talk about me freaking out!  He was only upset for a moment and then was over it, thankfully.  After that I made sure I had a hand hovering on either side of him.  I don't want to stifle his curiosity and force him to sit, but goodness it's nerve wracking. 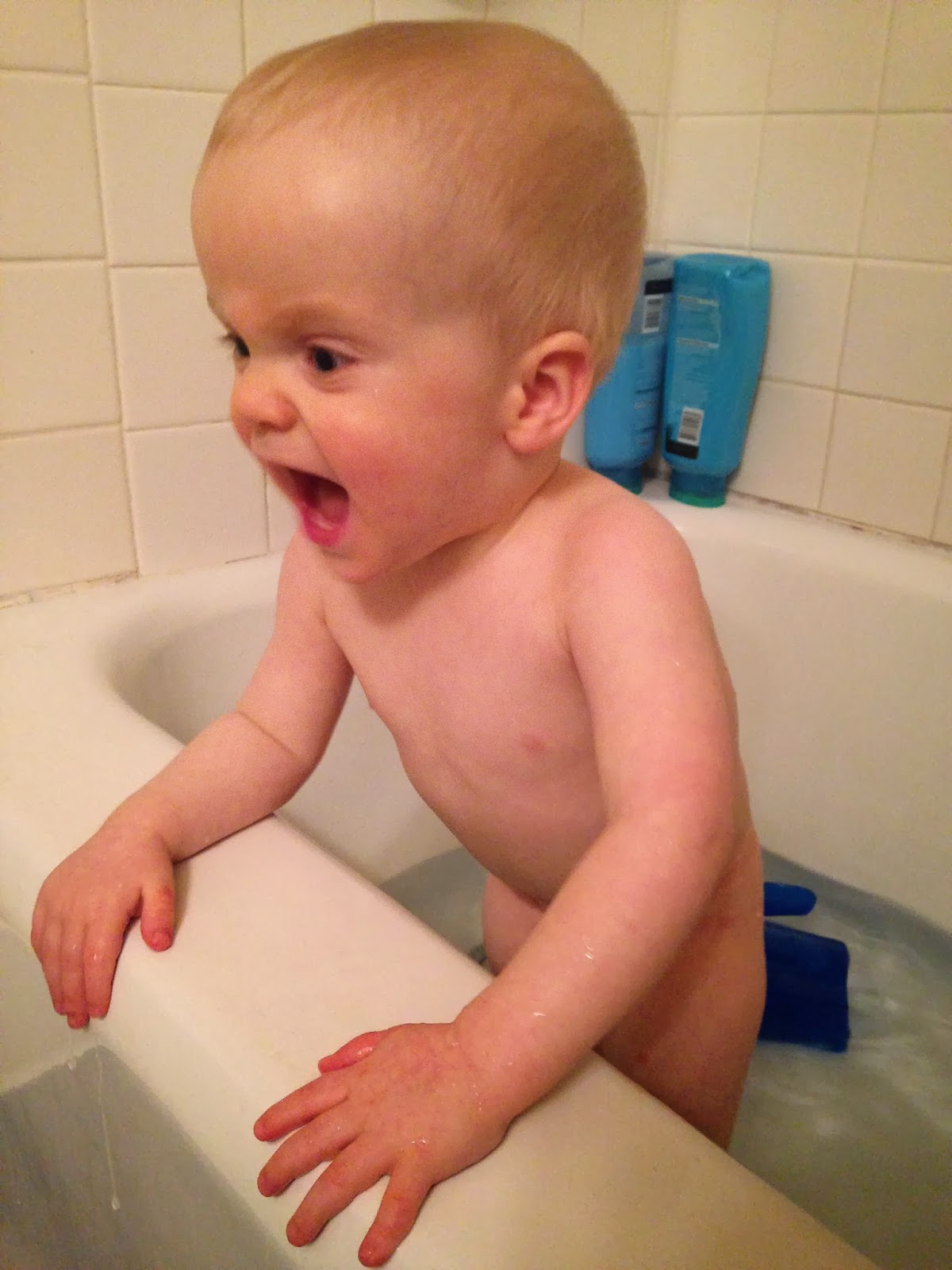 Goober boy loves to pull things off the side of the tub.  One of his favorite things to do is pull down the water bucket and pretend to drink out of it.  He even smacks his lips after doing so, pretending whatever was in the bucket was scrumptious.  Then he scoops it down into the water and puts it up to his lips drinking out of it.  When we start using soap and it gets in the bath water I have to take his prized toy away.  He's quite good natured about it and takes off in the other direction to pull everything else off the side of the tub.  As Carter becomes more and more mobile I'm sure bathtime will become increasingly more fun!  For now I'm just happy to have some seated playtime while bathing him. 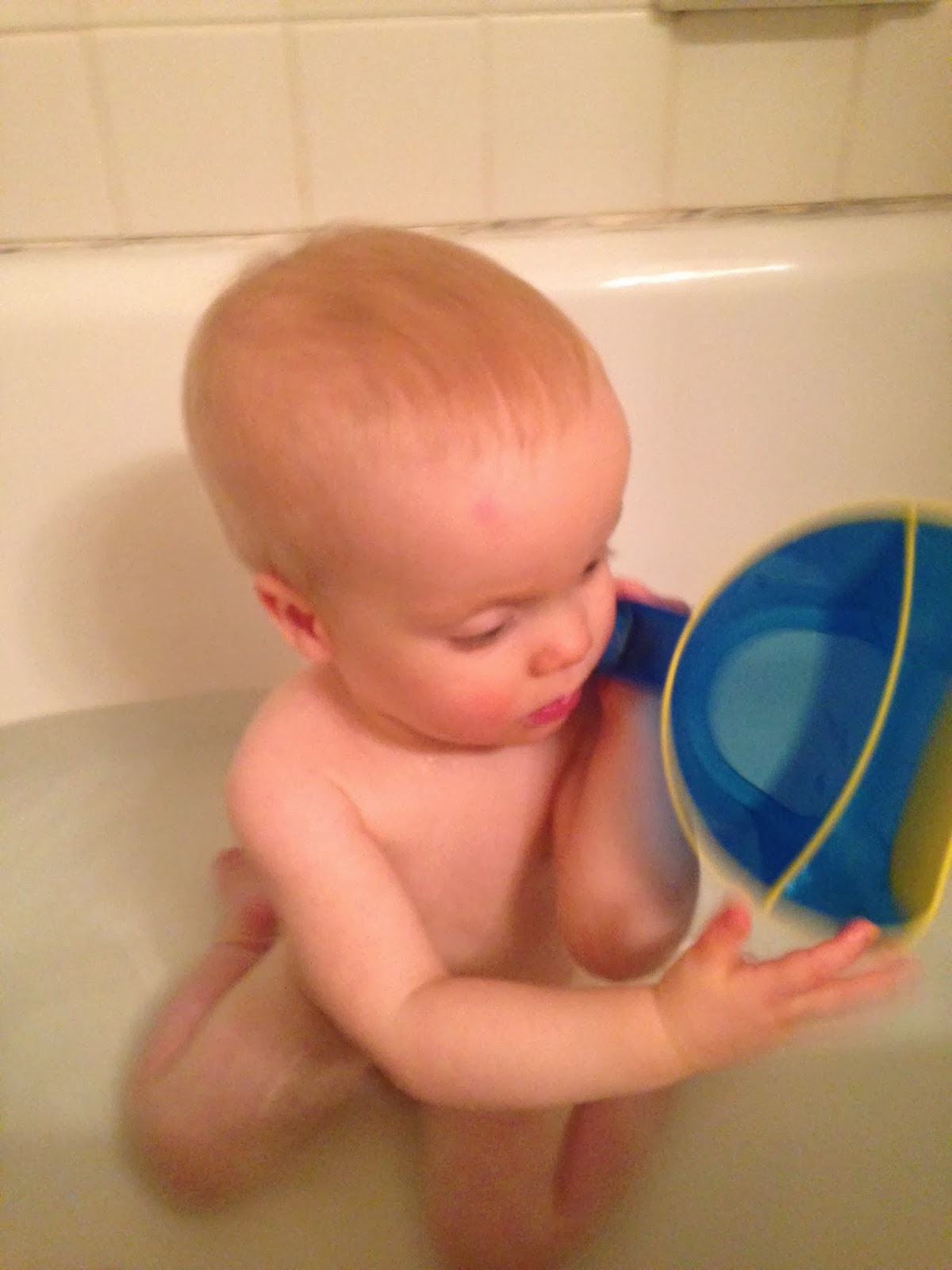 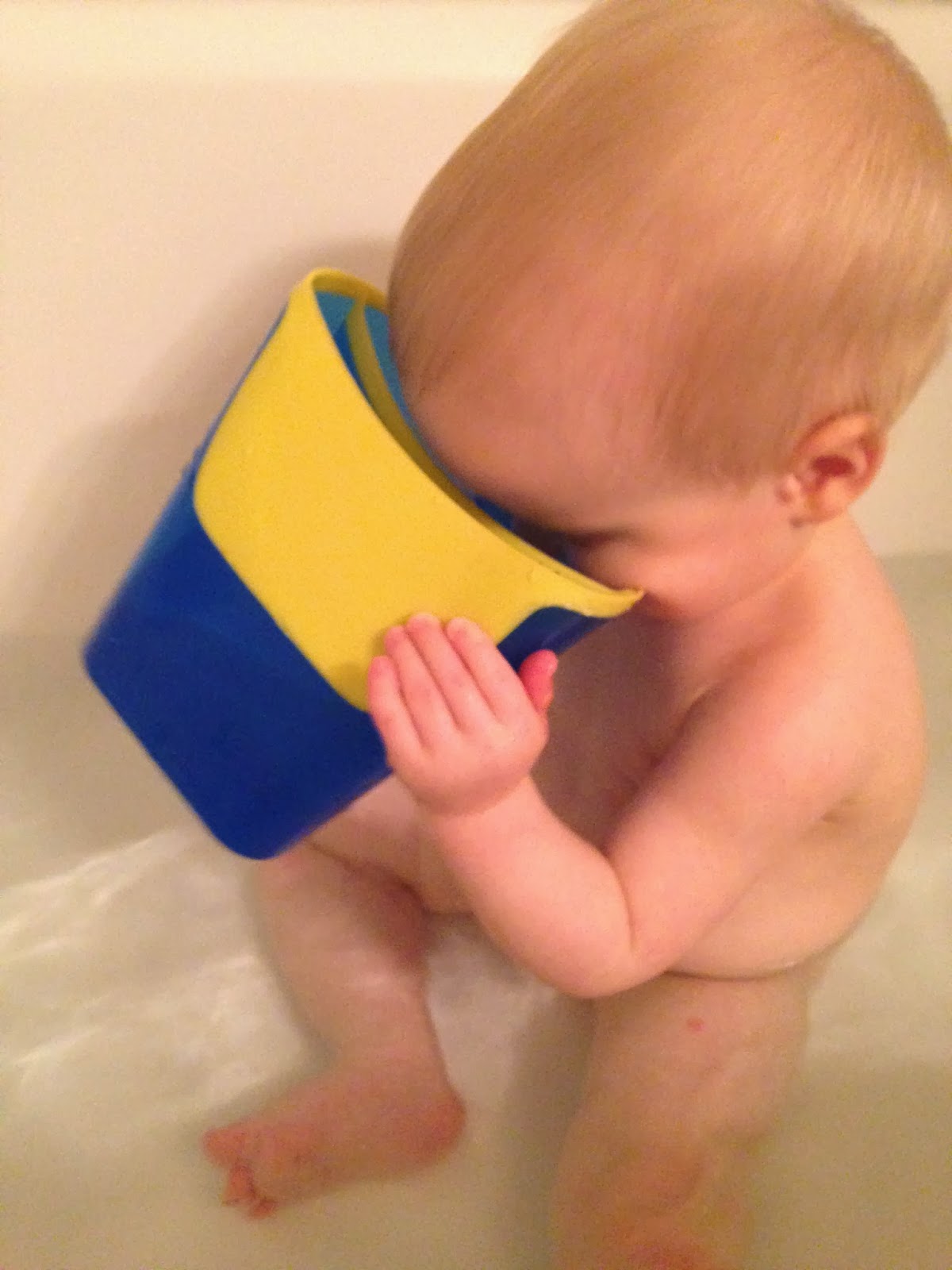 Speaking of the bathroom, Carter has discovered the toilet.  During winter break I went into the laundry room to switch clothes over from the washer to the dryer, leaving Carter in his bedroom.  When I walked back down the hall I discovered Carter kneeling at the toilet.  He was lifting the toilet lid over and over.  It was so funny that I let him do it until he started to put his hand down into the water.  He's such a little charmer.  When I told him no, he turned toward me and flashed me a sweet smile.  We're gonna struggle with that as we get older.  As in momma's gonna have a hard time getting onto his sweet little face!  See for yourself.  Could you say no to that smile?

Posted by Liz Runningmomma at 7:20 PM

Email ThisBlogThis!Share to TwitterShare to FacebookShare to Pinterest
Labels: videos