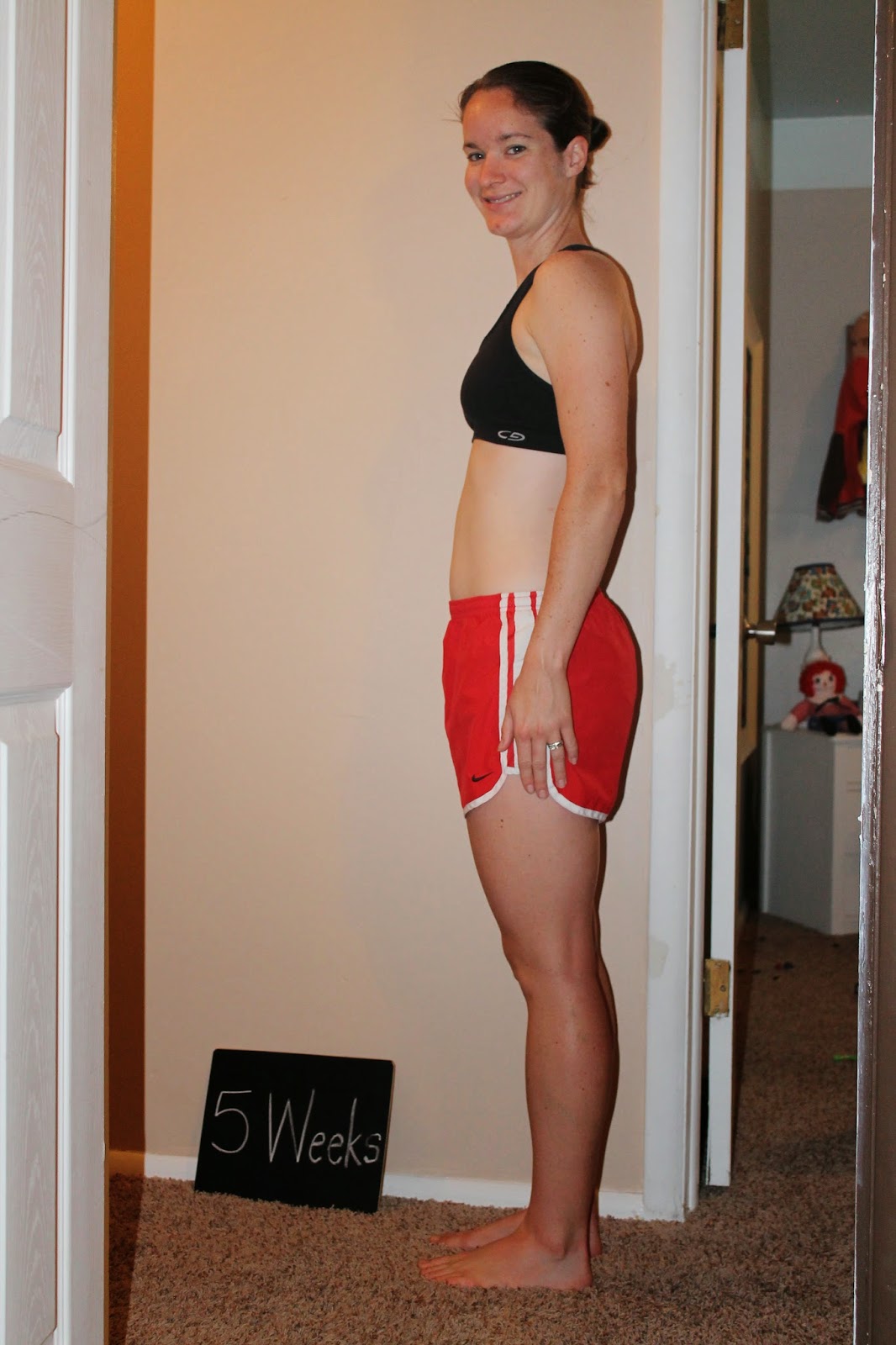 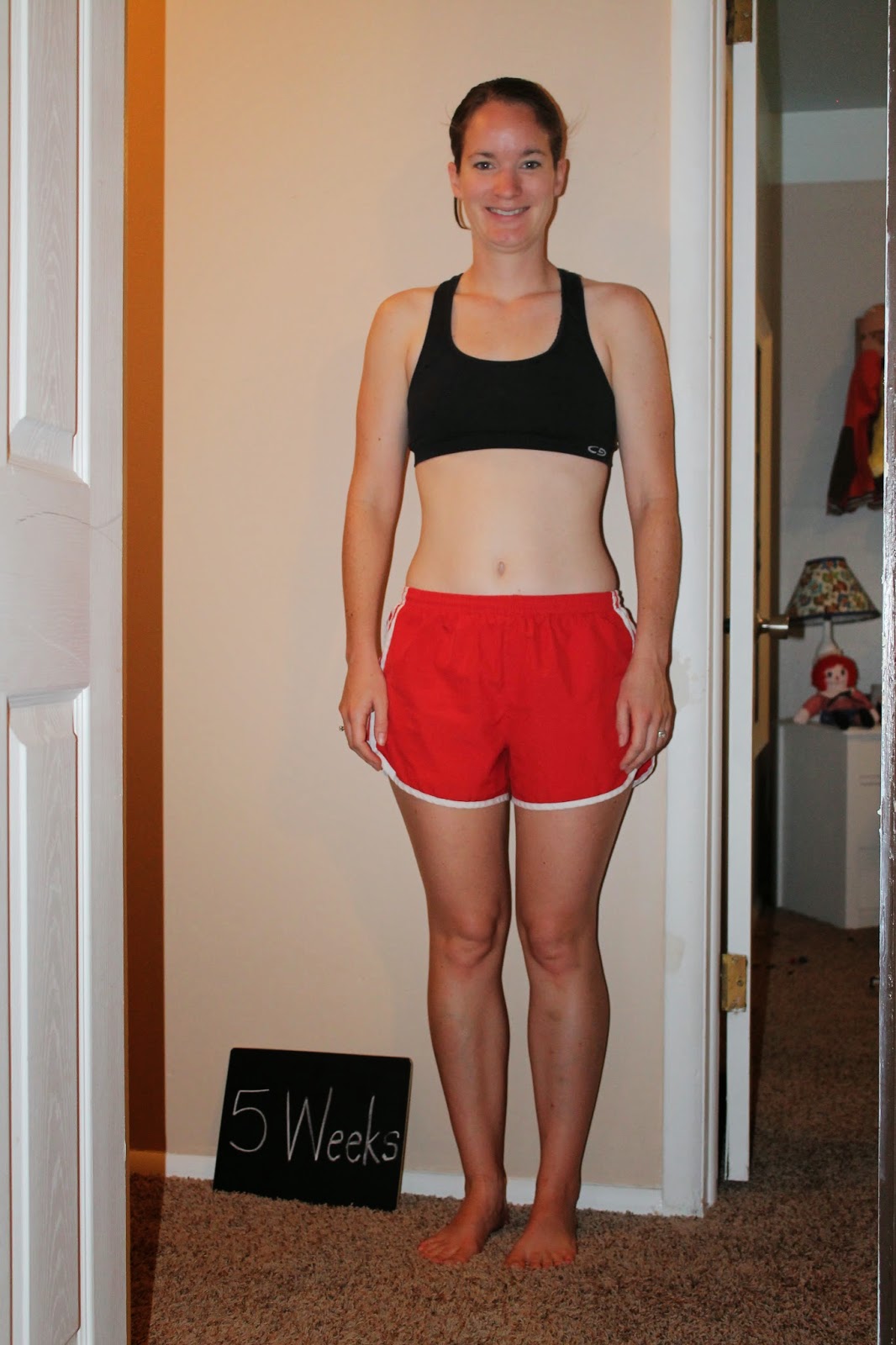 Baby's Size: The size of a sesame seed and looks like a tiny tadpole.  This week the heart begins to divide into chambers, beat, and pump blood!

Weight Gain: According to our scales I lost a pound this week.  I think it could be partially due to the fact that I'm constantly hungry but don't always feel like eating and sometimes can't think of anything that sounds good.  A banana sounds too sweet, a carrot sounds too crunchy, turkey sounds disgusting, I already ate 2 yogurts today, I can't subsist on only Raisin Bran, and the dilemma continues!

Maternity Clothes: I don't know if I'm just being crazy because I know I lost a pound, but I feel like my stomach is looking flatter this week.  I'm definitely still rocking form fitting shirts, but also throw in loose fitting shirts simply to keep cool in the heat.

Sleep: I'm still sleeping really hard.  When I wake up I'm groggy and confused.  My exhaustion has gotten to the point where I nap for part of Carter's naptime.  Before I go down for a nap I feel light headed I'm so tired.  Running hasn't perked me up like usual.  The days I run I end up being way more tired than the days I don't.  I haven't been waking up in the middle of the night to go to the bathroom yet, hallelujah!  I have been waking up at 6:30 am needing to go and struggling to fall back asleep though.

Symptoms: Feeling fatigued and hungry pretty much all day.  My breast tenderness has kicked it up a notch and the constant peeing has commenced.  I go at least a couple times every hour and I am soooo thankful I got pregnant when I did or our 38 hour drive to and from Virginia would have been miserable with all the potty stops!  Towards the end of the week I started getting light headed and out of breath.  I was talking to Ty while mopping the floor and actually had to stop and sit down because I was so out of breath I couldn't talk and I got so light headed I felt like I was going to pass out.  It hits me at random times.  I remember it happening when I was pregnant with Carter, but it seemed like it started later on.  I didn't document the pregnancy until 7 weeks and then I didn't put too much detail into it, so it's hard to say.  Early on in the week I had some cramping.  Anytime I had to go to the bathroom really badly or had held it for too long, I would feel cramping.  It scared me especially because I didn't remember it happening with Carter, but I read that it was normal and it has now gone away.

Running: This week was again hit and miss.  I had one day where I got dizzy and lightheaded and thought I was going to have to stop and walk.  Then I had another day where I had a constant side stitch and just couldn't catch my breath.  I read that pregnancy can make your asthma better or worse.  With Carter mine was way better and I actually haven't used an inhaler since I became pregnant with him, it improved so much.  I was a bit worried this time around it will be worse, but things went back to normal on my next run.  I've still been running with Carter in the stroller and Harper.  Some days I'm super slow and other days I'm just kinda slow.  My weekly mileage was 15 miles.

Food Cravings: I've been all about chips and salsa.  I dream of restaurant tortilla chips with the extra salt (which I normally hate).  I've also been all about ground beef.

Food Aversions: Nothing really except there are times when I can't stand the thought of eating something because it is too sweet.  Yesterday I couldn't bring myself to eat a banana!

Movement: So looking forward to feeling the baby!

Best Moment of the Week: Getting to share the news with Ty's parents.  They came to visit for the weekend and we surprised them by letting Carter stay up past his bedtime.  He was wearing his "I may be little, but I'm the big brother" shirt and it took them a while to stop fawning over him and read the shirt.  Then it was all excitement!

Currently Loving: Getting closer to our first appointment!  The hardest part of pregnancy for me is the time from when we find out we're pregnant until our first appointment.  I am so nervous the whole time that something will happen.  I'm ready to put this week behind us as our last baby stopped growing at 5 weeks, 4 days and it was around then that I noticed my pregnancy symptoms were gradually going away.  I took a pregnancy test in the middle of the day about 30 minutes after just having used the restroom and it was positive, so I feel confident my hCG levels are continuing to rise.

Miss Anything: Really just the frozen yogurt soft serve from Braum's.  I do miss having more energy, but not too much because it is reassuring to have symptoms!

What Big Brother is Up to This Week: This week Carter and I focused on a weekly learning theme about babies.  We had already planned to do so before finding out we were pregnant and the timing seemed perfect!  We were getting ready for Carter's first day with Baby Jake around and he did really well.  He even wanted to help feed Jake a bottle.  It made me realize I need to have ideas and activities ready for Carter so he will be busy while I'm nursing a new baby! 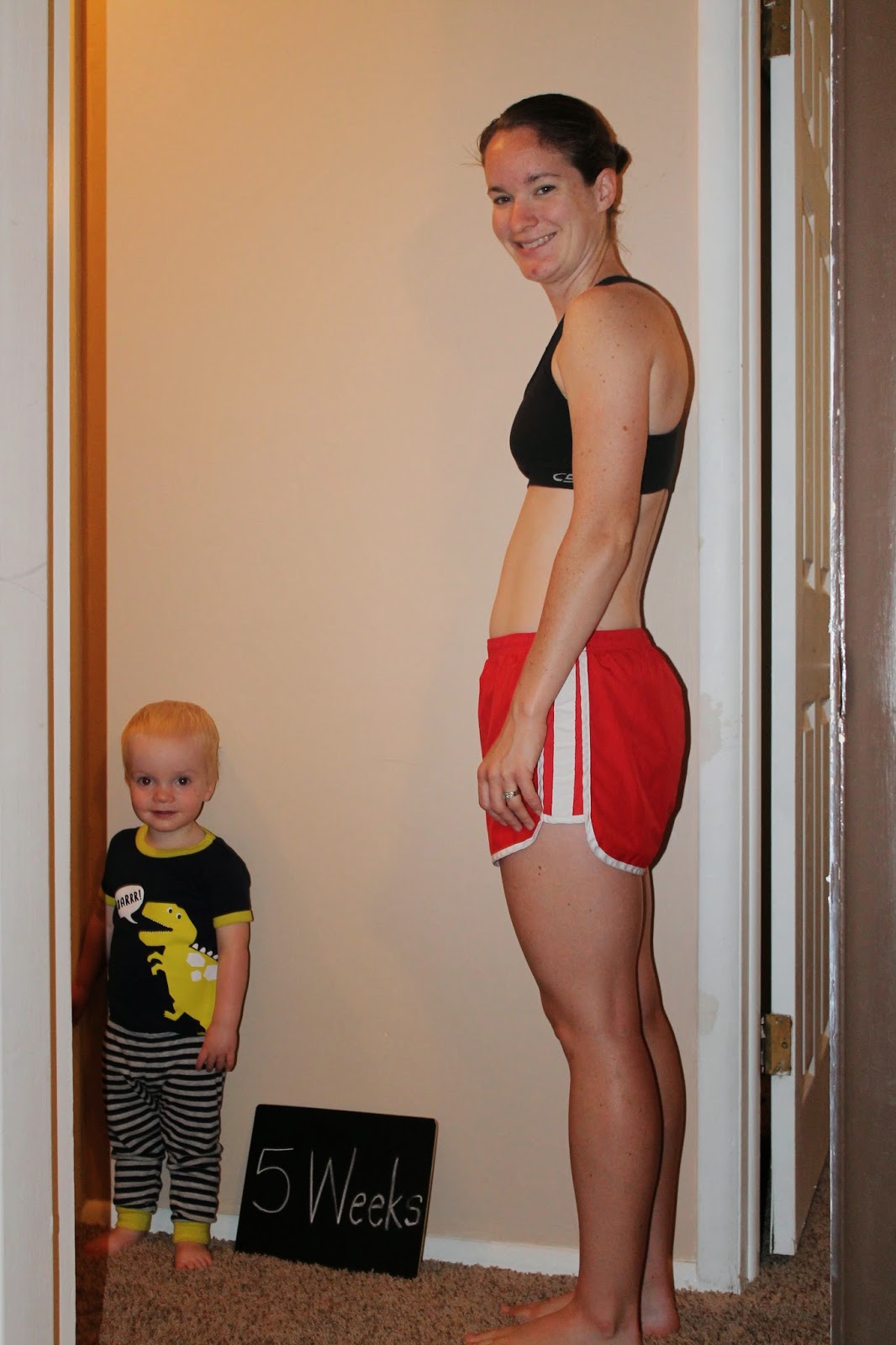 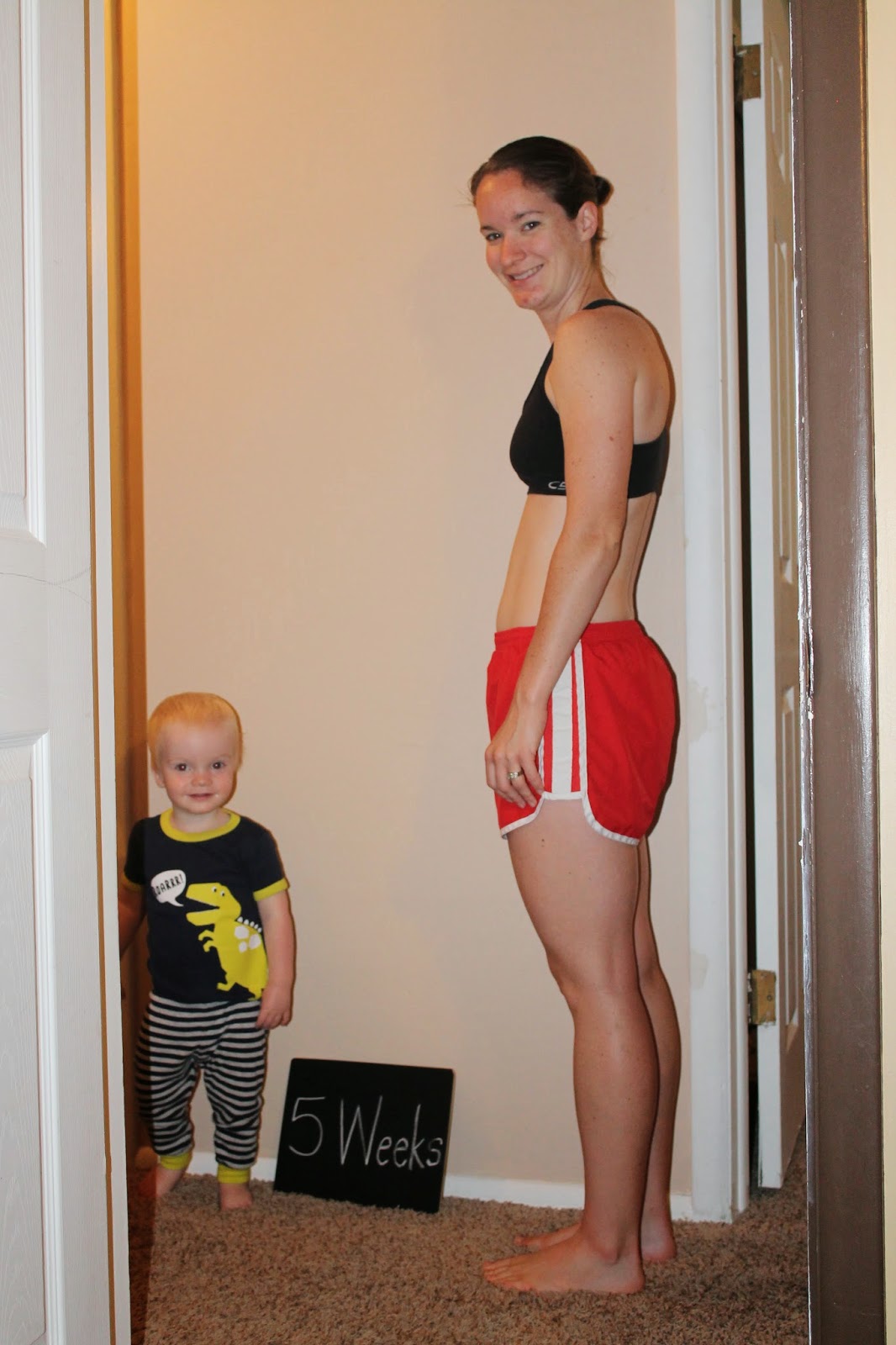 Posted by Liz Runningmomma at 10:30 AM