When I saw Tuesday of this past week was the first day of fall, I planned on fall as our weekly learning theme.  Then I started to worry that there wouldn't be enough fallen leaves for all of the crafts and projects I wanted to do.  Much to my excitement and surprise when we got home on Sunday evening after being gone all weekend I noticed there were quite a few leaves on the ground.  Not enough to rake and make a pile, but enough to collect for our projects.  So I went ahead with our fall learning theme although I was a little bummed it was too early to rake a big pile of leaves.  We'll just do that later on for fun. 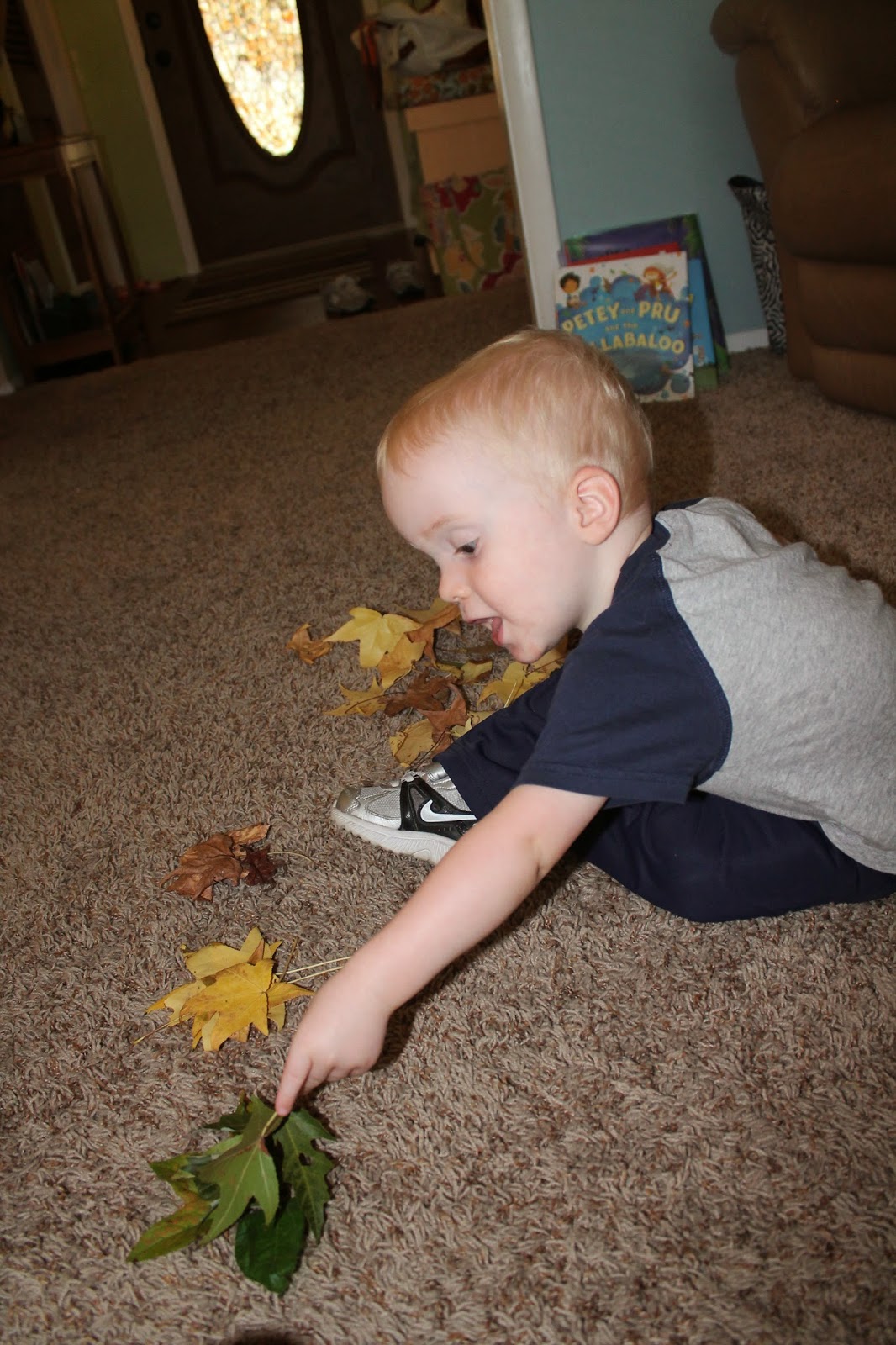 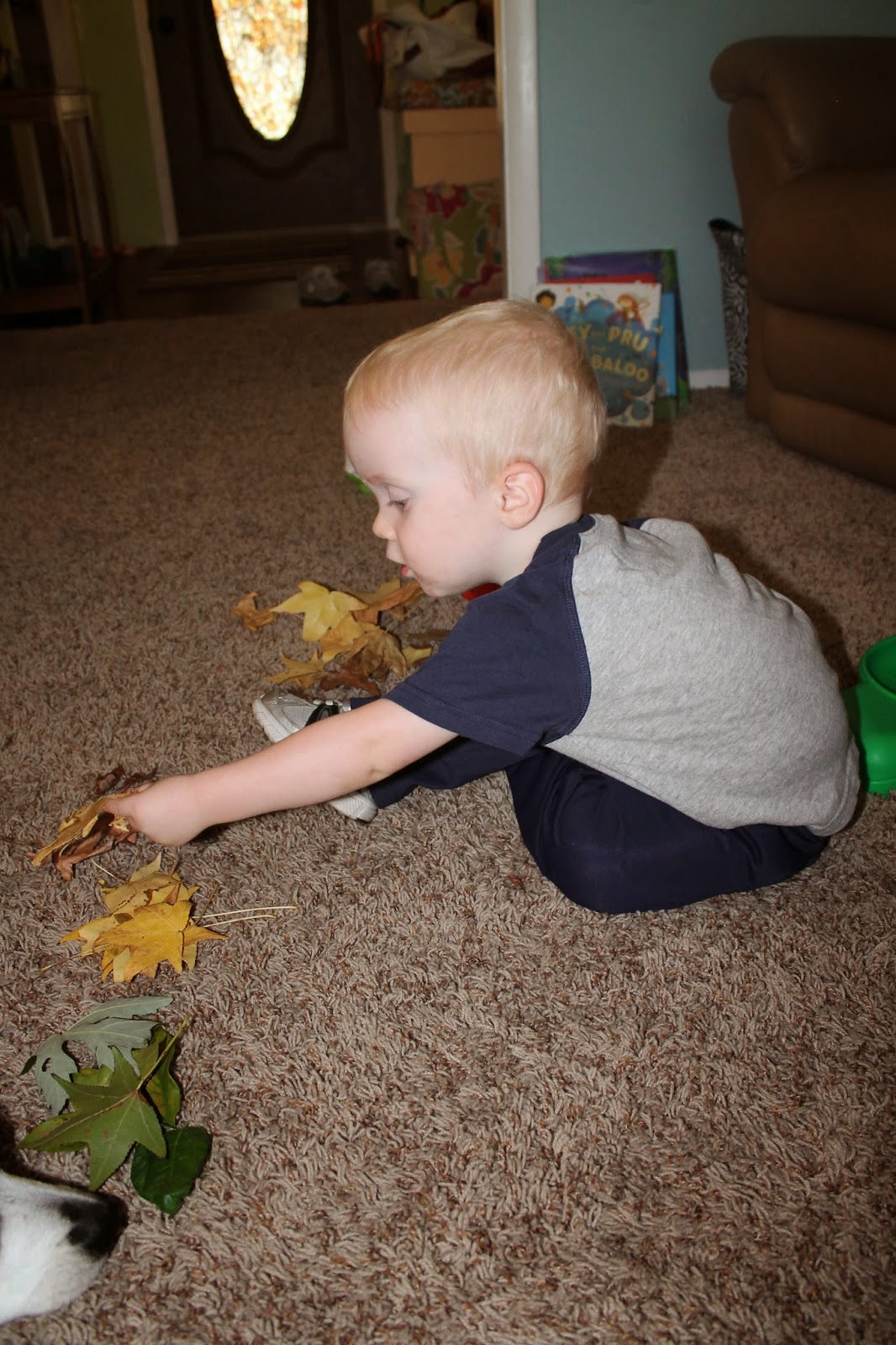 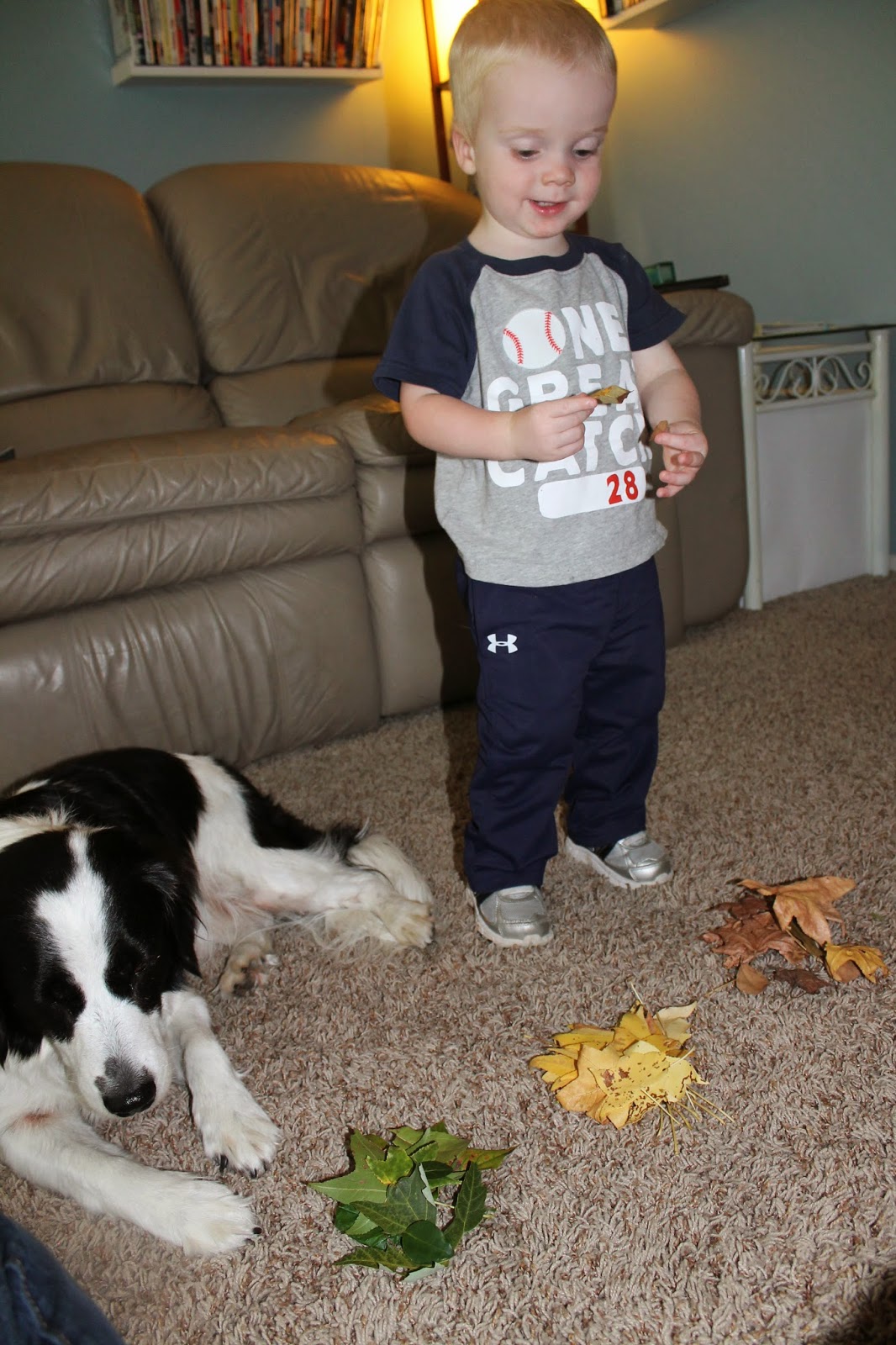 I swear most of the fall themed songs I found on youtube were atrocious!  I found one I liked and then I found lyrics to Autumn Leaves Are Falling Down.  So I sang to Carter and he loved it.

Lyrics for Autumn Leaves are Falling Down can be found here. 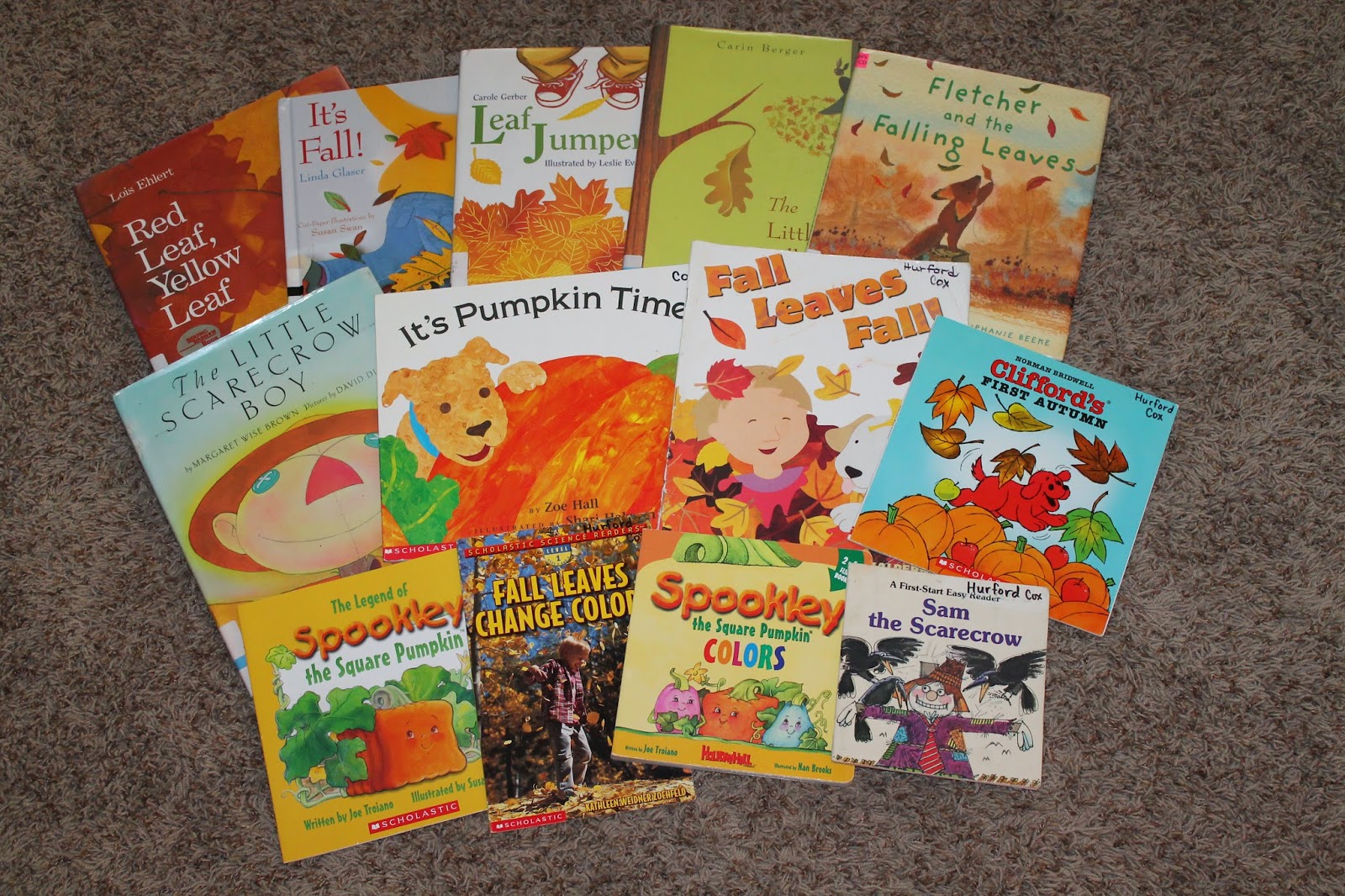 I love fall so much and reading books about fall got me so excited.  On the first day of fall I told Carter what the day was and then we read a book about fall.  It was a great way to introduce it and he loved looking at the leaves in the pictures.  I debated whether to include pumpkin books in with our fall books because we will be doing a pumpkin week in October.  I decided to go ahead and include a few pumpkin books because it never hurts to re-read books!
Posted by Liz Runningmomma at 11:51 AM