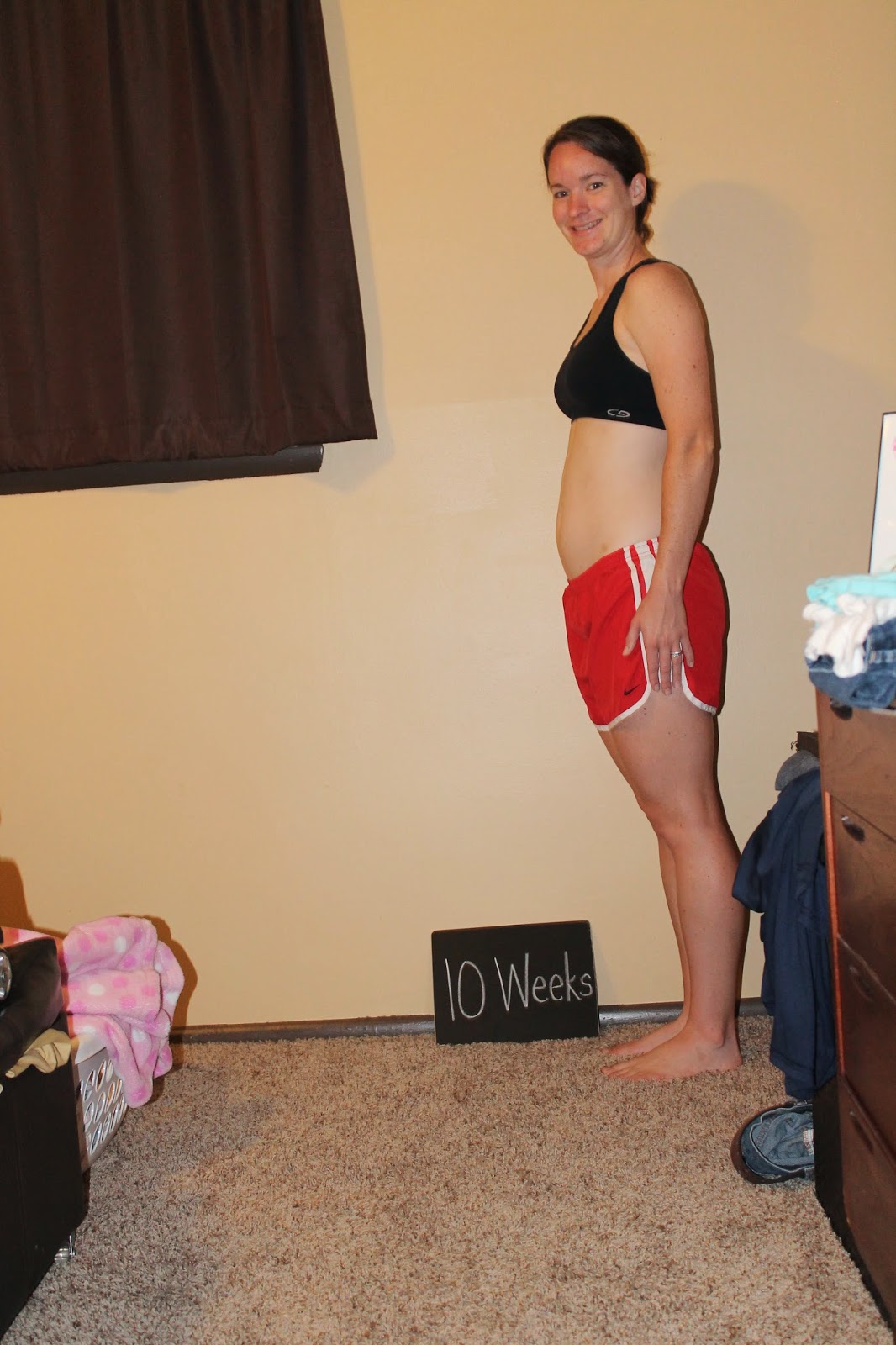 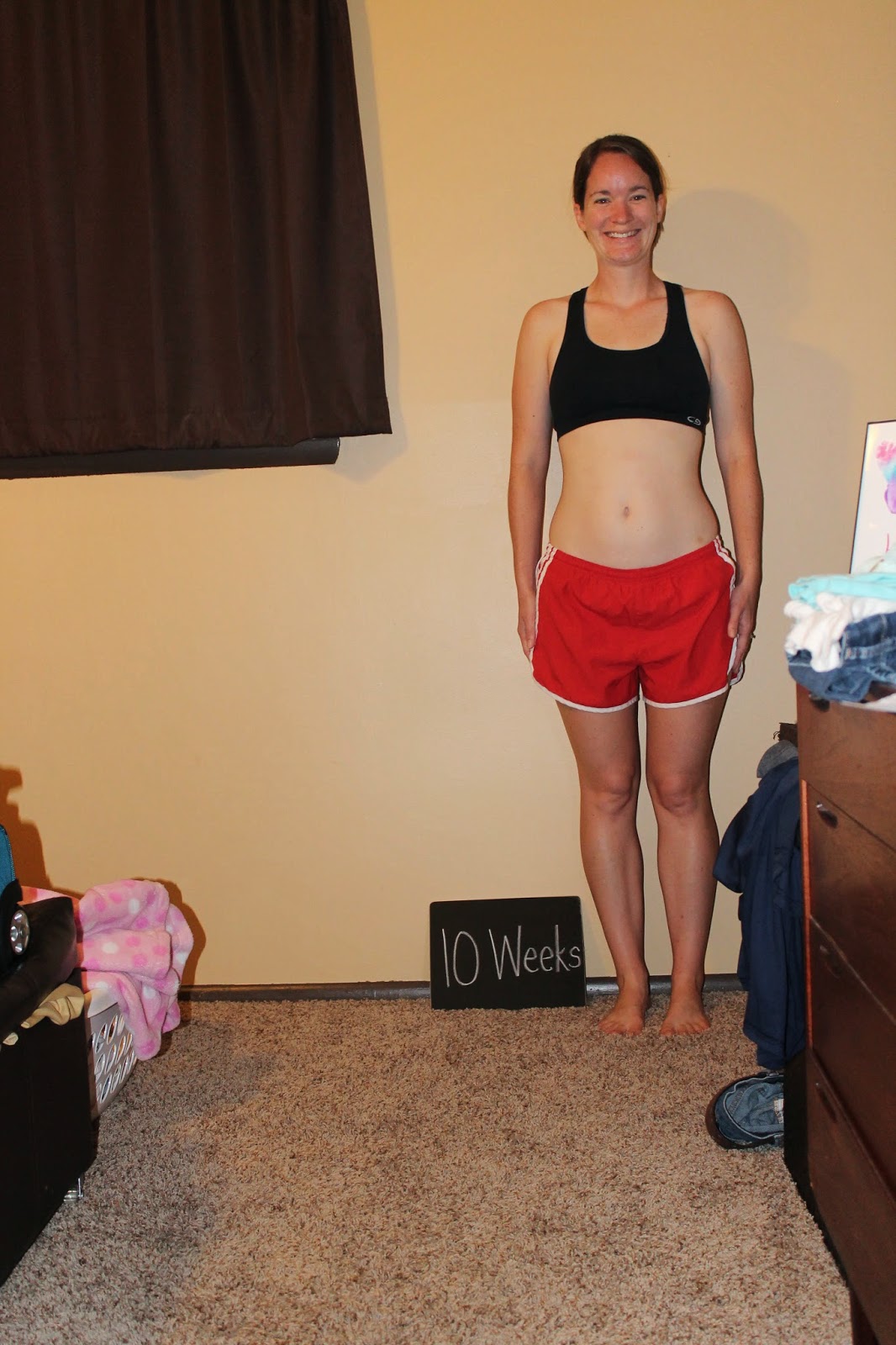 I can't believe we're already a quarter of the way through this pregnancy! It is flying by! It is so true when people say the 2nd one goes by faster because you're busy with your 1st baby.

Baby's Size: The size of a prune, a little over an inch long.  Nails are beginning to form on fingers and toes.  Peach-fuzz hair is beginning to grow.

Weight Gain: I'm up a pound from my starting weight. Not too bad, but I don't think I gained any weight with Carter until the 2nd trimester. My mom said she gained weight differently with each of us, so we'll see.

Maternity Clothes: I'm still able to button all my pants and haven't been having trouble at the end of the day like last week.  Every once in a while I feel a bit sore down low and I've had a little bit of cramping here and there, usually when I wait too long to use the restroom. It's worse when I'm wearing certain shorts. I have a pair of jean shorts that are stretchy and they are serving me well!

Sleep: This week I've been having a bit of a harder time falling asleep at night.  I haven't felt quite as exhausted and even skipped an afternoon nap one day.  Still waking up to use the restroom and Skippy has been messing with me hardcore and sleeping on the small of my back which makes it really sore! I've also been having weird dreams. Lately they've been about flying.

Symptoms: This week has been a really good week.  I've only been nauseous a couple days and don't wake up feeling as sick.  I've been able to eat lots of fruits and vegetables.  I've even been able to eat at dinner without a problem most nights which is a huge improvement. Officially up a cup size and upgraded to bras my friend, Ang, gave me. Woke up this morning with a lot of discharge which freaked me out a little bit until I was reading my 10 week update from The Bump and it was listed as a symptom, whew!

Running: I bumped my long run up to 10 miles because I didn't want to get off schedule with my long runs and I knew I wouldn't want to do one in Florida.  The run was one of those surprise runs which you expect to go poorly and actually goes really well.  The day before my long run my legs burned and I was absolutely exhausted.  I headed out for my run planning to turn around early if needed.  I half expected to only make it 3 or 4 miles.  The weather was perfect with a light drizzle and a temperature in the mid-60's.  I felt great and even ran just under 9:00 minute pace for the entire run.  My hips were a bit sore toward the end and started to burn the last couple miles.  My round ligaments didn't get sore at all after the run.  I think part of that may have been because I took the day after my long run off running.  Weekly mileage total was 23 miles.

Food Aversions: Still eggs and smoked meat.  I thought it was just smoked meat, but I got honey barbeque buffalo wings and couldn't eat them.  Turns out it's also barbeque sauce.  I still can't eat anything I ate when I was really sick, thankfully most of it wasn't very healthy.  The only thing I can't eat that was healthy is my favorite smoothie at Tropical Smoothie.  Every once in a while I eat something and it just doesn't taste right.  One day I ate blueberry Greek yogurt and it tasted like metal.  It was so weird.

Movement: Looking forward to feeling those first kicks which baby is likely already doing. At Carter's 12 week appointment he was flipping around and kicking like crazy, I hope to see the same with this baby in 2 weeks!

Best Moment of the Week: Splashing in puddles with Carter on Saturday morning.  It has also been great to feel better this week.  I've felt better this week than I have the entire pregnancy.  It has been great!  That led to an awesome long run which was so enjoyable.

Currently Loving: That my belly has just barely started to pop.  I can see it, Ty can see it, and my mom can see it.  After my long run on Saturday as I was walking to my mom she said I looked pregnant.  It must've been because my shirt was plastered to me due to the drizzling rain as well as the fact that I was wearing spandex shorts.  It's so much fun to have a belly and feel connected to the baby anytime I look at it.  I know it won't be long before I have a real bump!

Miss Anything: Really not missing anything this week.

What Big Brother is Up to This Week: Carter is obsessed with his rain boots and loves that he can put them on by himself.  I read to Carter from a magazine they gave us at the doctor's office about how the baby is developing right now and showed him pictures of what the baby looks like right now.  He excitedly pointed at the pictures saying "baby"!  When I asked him where our baby was he pointed at my chest and then looked around the room searching for a baby, haha!  He'll figure it out once my belly starts popping.  My Week 10 Bumpdate with Carter. 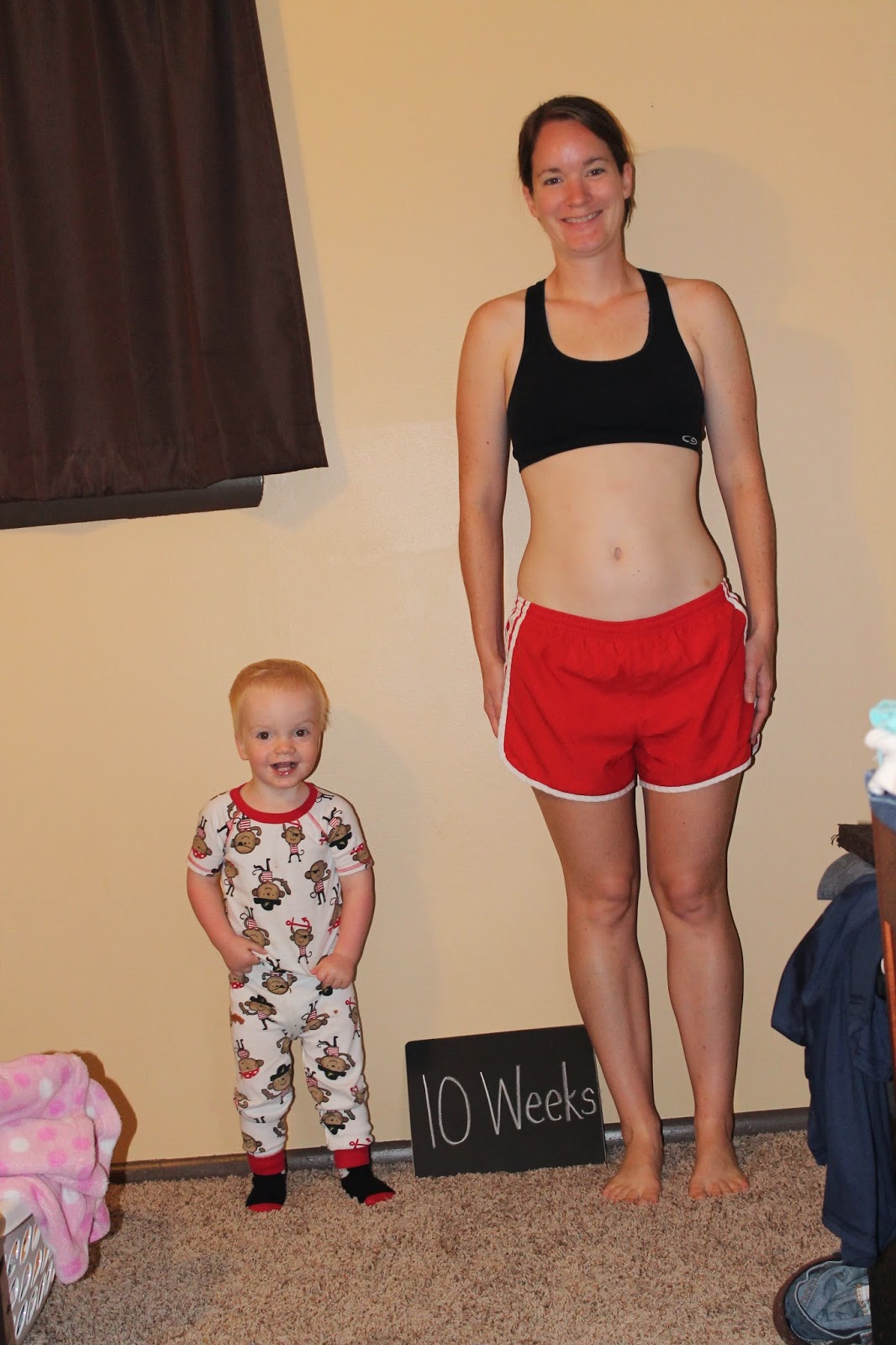 Posted by Liz Runningmomma at 10:31 AM