For Mother's Day Ty got me a membership to the aquarium.  I've been so excited to go and took Carter for the first time using it this week. He has been once before.  Read about that trip here.
We happened to go at the perfect time because there weren't very many people there.  Every time I've gone it's been a weekend and is very crowded.  When we pulled into the parking lot I was worried it was closed because there were hardly any cars, I've only ever seen it packed!  The best part of the lack of visitors was that I didn't have to feel silly taking gobs of pictures since no one was around to see me! 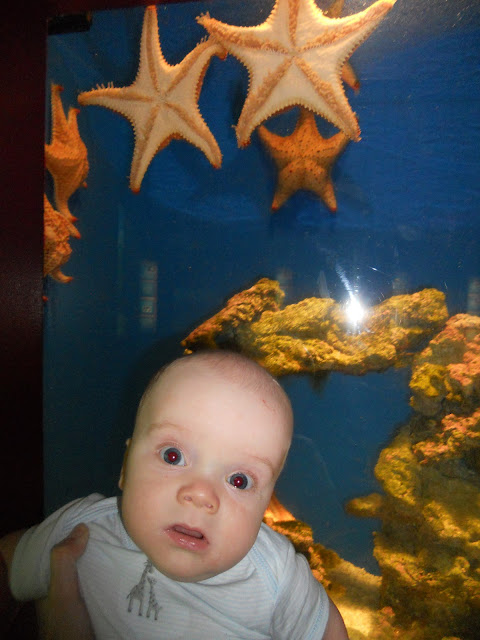 Carter was definitely more interested in the animals than he was last time.  He would look into the tanks and actually tracked some of the fish.  Although he did seem to enjoy watching the other children walking around squealing just as much as he did the animals. 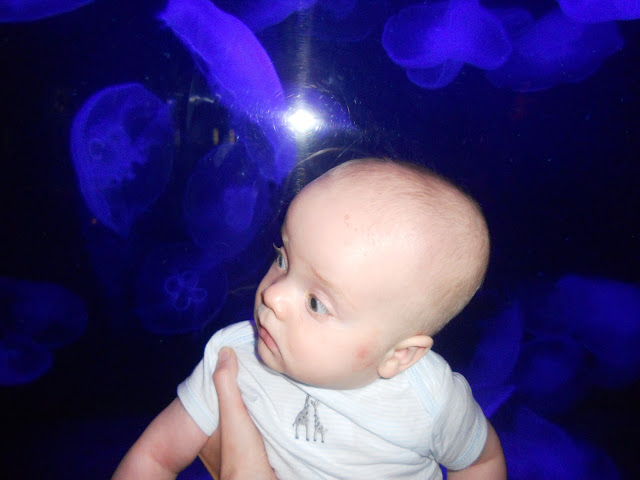 The jelly fish are so cool and were one animal he really watched and tracked as they floated by in their seemigly effortless way.  Even when I turned him around to get a picture of him with them, he tried to crane his head back to peer at them. 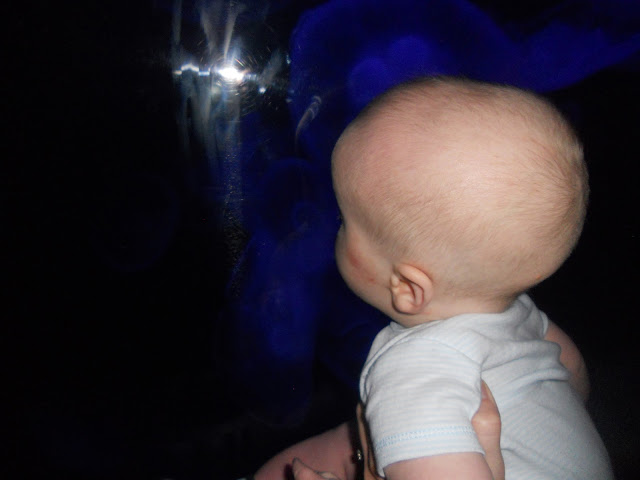 I kept wishing I could get a good picture of the look on his face as he stared into the tanks.  He looked curious and I could see his eyes intently lock on and track different animals.  I was struggling one-handed since I was holding him with one hand and attempting to capture his face with the camera in the other hand.  I was also having difficulty with the flash on my camera. 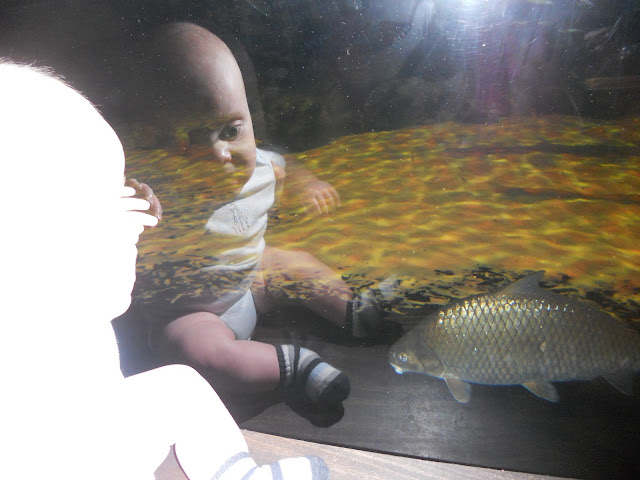 The flash ended up creating this neat effect with his reflection in the tank.  Ty wanted me to crop it so you can't see his body outside the tank, but it freaked me out because it makes it look like he is in the tank.  Carter definitely liked the bigger fish.  He really watched the bigger ones like these. 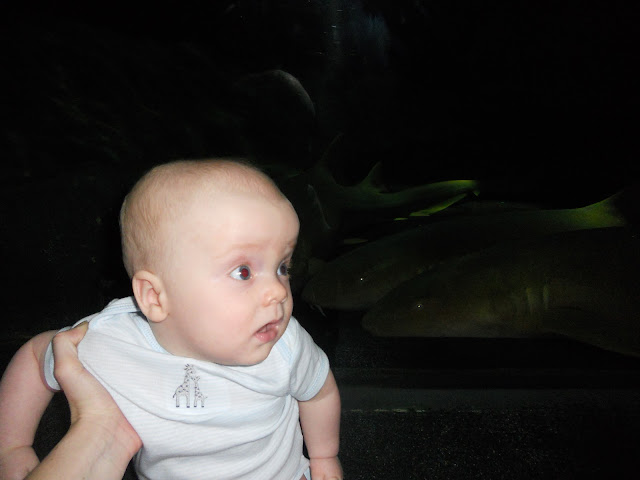 I think the sharks creeped him out just as much as they do me.  Do you see their eyes?  Not for me!  He was quiet the whole time we walked through the aquarium and I read him about the animals which is uncharacteristic for him as he has discovered his voice and loves the sound it makes, especially high pitched, screechy sounds.  That was until we walked through the shark exhibit.  Then he began to make noises until we reached the end and walked away.  Smart boy if you ask me! 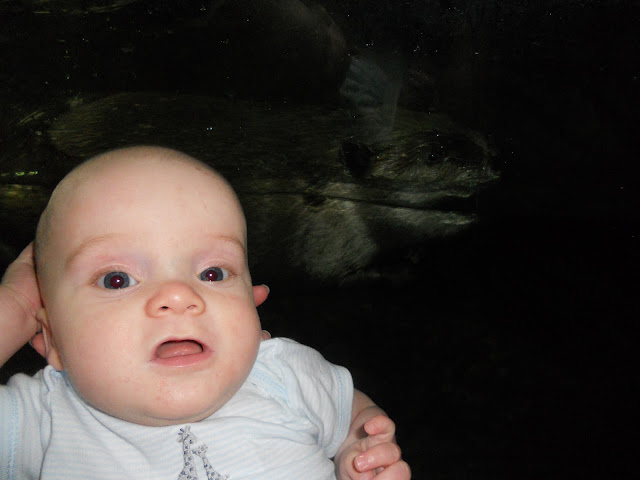 By far his favorite animal was the beaver.  It would swim right up to the glass and stare at him and he would stare right back.  It kept swimming laps from one end of the pond to the other and back.  Carter would track it with his eyes until he couldn't see it anymore and then light up when it came back into view.  We stayed at the beaver exhibit for a long time watching it swim back and forth. 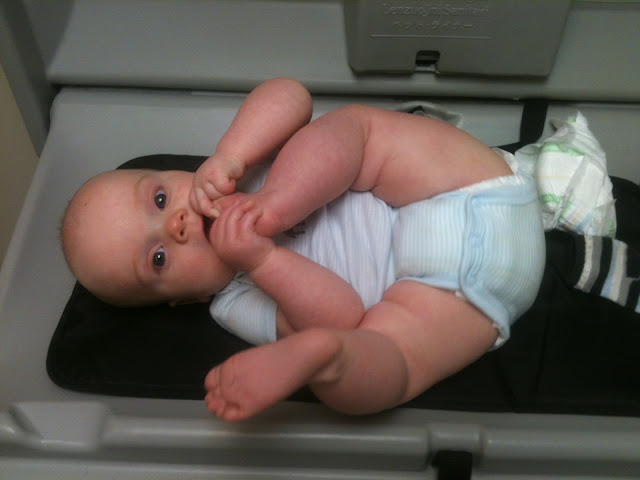 Before we left the aquarium I gave Carter a diaper change and he found a treat right there in the bathroom!  :o)
Posted by Liz Runningmomma at 7:56 PM

Email ThisBlogThis!Share to TwitterShare to FacebookShare to Pinterest
Labels: summer