A Visit from an Uncle 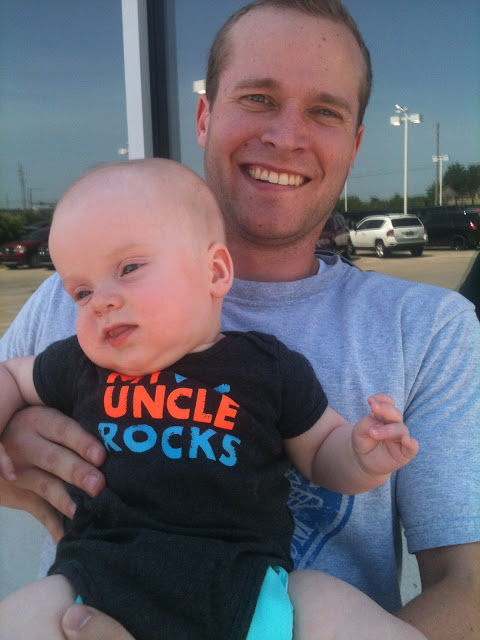 This Wednesday and Thursday my brother came to visit us.  Of course Carter had to wear his my uncle rocks onesie!  It had been almost a month since the last time Thomas had seen him and he was very impressed.  He loved watching Carter bounce in his jumperoo and commented with as much as he kicks around and bounces, his legs are going to be ripped. 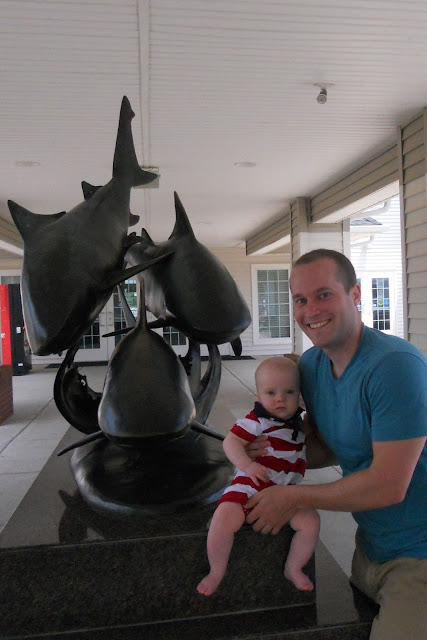 Thomas had been asking me what Carter thought of the aquarium ever since he heard I got a membership for Mother's Day.  I told him I could get a guest in for free and we were off.  Being at the aquarium with him was so much fun.  It was a lot easier to take pictures with an extra set of hands and he brings a different kind of entertainment. 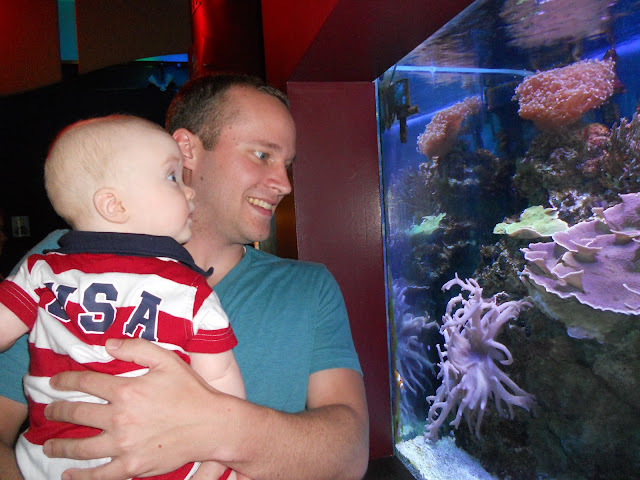 When I take Carter we walk around and read to see what all the animals are.  Sometimes I read him the information about the animal.  Sometimes I just talk to him about what we see in the tank.  Thomas' approach was very different and comical.  As we got to a tank at one point he said, "Look Carter, another ugly fish." 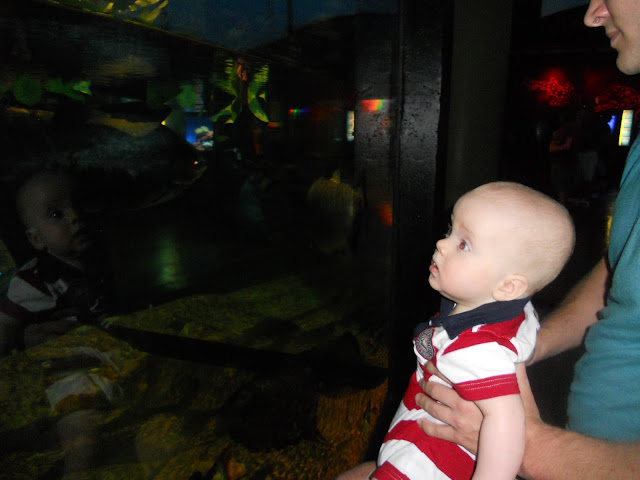 Then at another tank, "Carter this tank is filled with poop."  At yet another one, "Check it out, that fish just puked."  The fish actually had spit something out.  He was kind enough to point out the beaver pooping in the tank and hypothesized that the beavers wait to jump in the water to "let it loose". 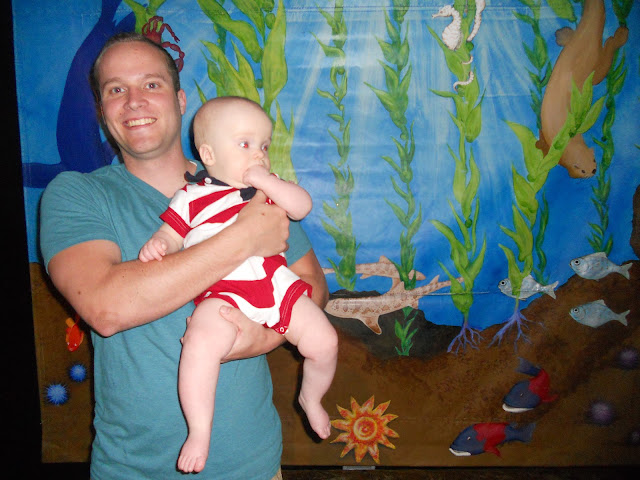 We had a lot of fun and definitely saw the aquarium from a different perspective.  Carter had a blast with Uncle Thomas, but Harper was the most sad to see him go.  After he left, she climbed up on the bench in our entryway and laid staring at the door.  I can only assume hoping he would return.
Posted by Liz Runningmomma at 9:22 AM