Most of you already know that I'm slightly, scratch that majorly, obsessed with Carter's handprints and footprints.  I've made a handprint or footprint craft with him for every holiday.  We made Christmas ornaments when he was about 5 days old and then Valentine's Day cards when he was 2 months old, more about those here.  Next we did shamrocks for St. Patrick's day, here, bunnies for Easter, here, and Mother's Day cards here. 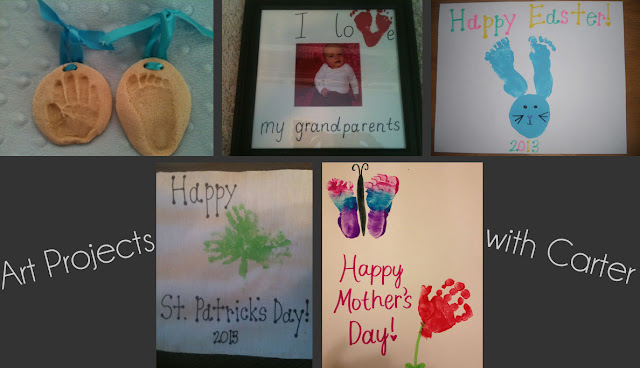 The other day after we had created our most recent art project for Father's Day (more to come later), I got to thinking.  With all of the paint Carter has had slathered on his hands and feet, the poor boy has only ever gotten to make what I wanted him to.  I figured it was about time for him to make a masterpiece of his own and that he did. 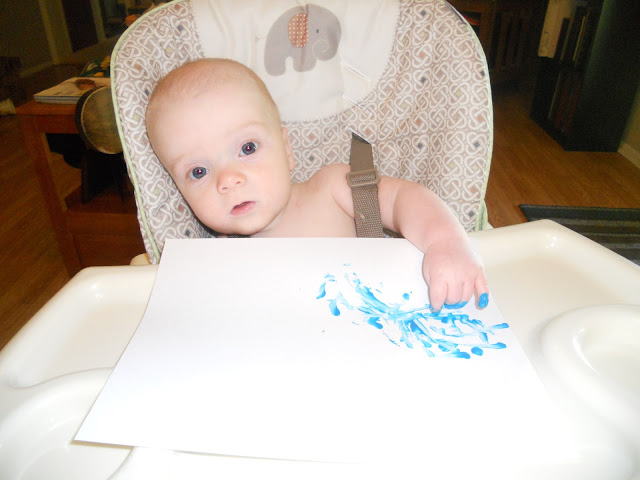 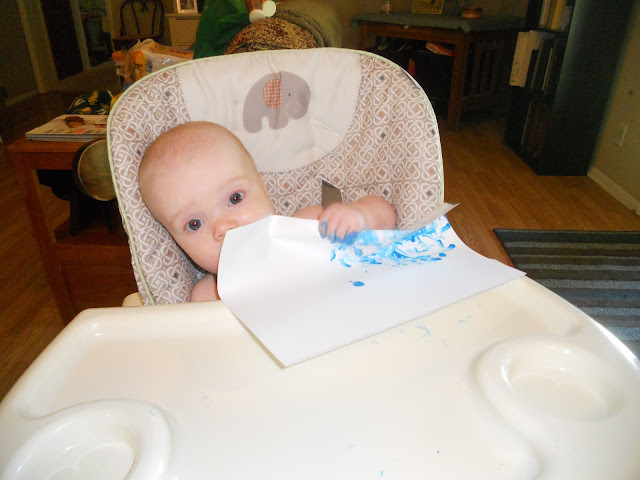 The whole time he was painting I was really worried he would put his hands in his mouth, but he showed me up by shoving the paper in his mouth.  Thank goodness he did it with the blank part of the paper, but after that I decided to put him in my lap so I could have more control over where the paper went. 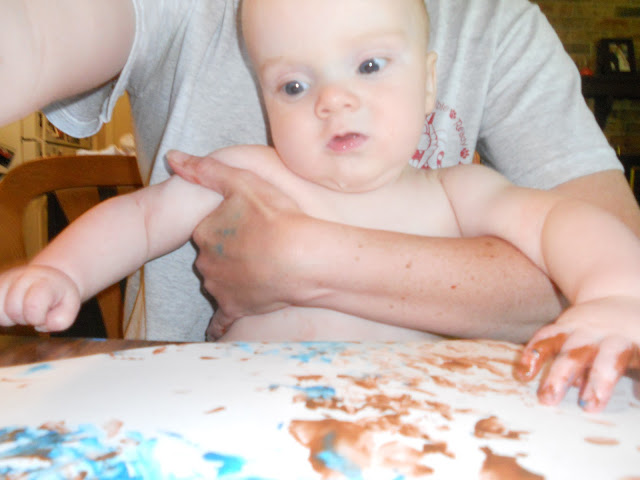 I love the finished project, Carter's first masterpiece!  In some places you can make out his fingerprints.  I also like where the colors mixed together and made a grayish color.  My favorite part is the bottom left corner where you can see his fingernail scratches.  Of course I had to find a frame to put it in right after it dried and I've already picked out where I'm going to hang it (well, have Ty hang it for me).  We have a wall in the hallway that will become Carter's masterpiece wall.  Does my heart good! 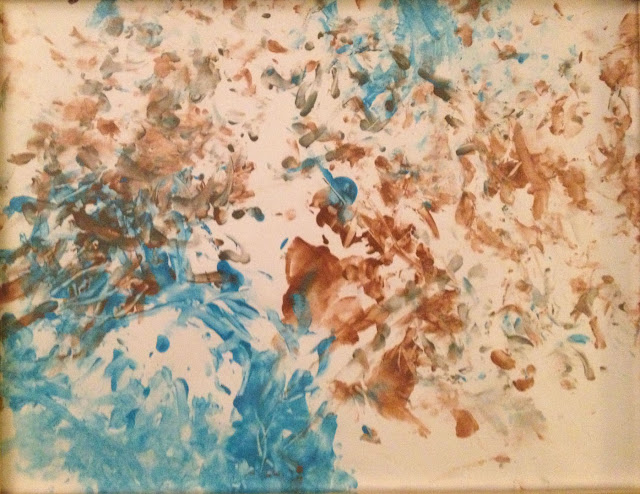 Posted by Liz Runningmomma at 8:02 PM