With all the traveling we did for the 4th and then the weekend after, our anniversary really snuck up on us this year! I realized a couple times it fell on a Monday but it wasn't until we were leaving Topeka on Sunday that it dawned on me our anniversary was the following day. We decided last minute to take the kids out for dinner to celebrate because my grandparents sent us a nice card with a check in it. We had coupons for free kids meals at a Mexican restaurant so we went there. On the way home from dinner the sun was shining through the clouds and it was just beautiful. As Ty walked down the hall I heard him tell Harper, "Teach you to like someone the first time you meet them." I asked him what he was talking about and he said Harper liked him when she first met him and now she's stuck with him because I married him. It was cute to realize Ty was feeling sentimental and thinking back to the beginning of our relationship just like I tend to do each year on our anniversary! 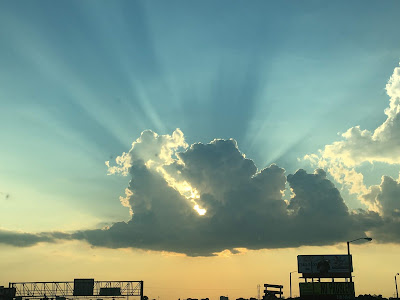 Before we left for dinner we took our annual family picture. I was changing into a dress and told Carter we were taking a picture and asked him if he would wear something fancy. He said he'd go pick it out. He came back out with a button-up shit and tie paired with gym shorts and tall dinosaur socks. I couldn't help but laugh. It just shows his sweet, little personality so well! I tried to talk Elise into changing into something nicer but she insisted she didn't want to change. I figured I was doing good when she agreed she would smile for the picture so she could have a dessert after dinner. Little did she know the kids meals where we were going come with a free dessert! 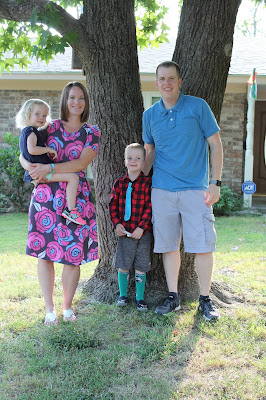 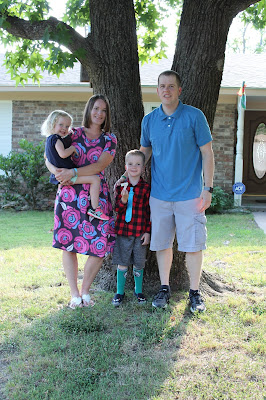 Our evening fun was postponed when I discovered Elise had cut open her toe and there was dirt packed in it. She and Carter stayed up late while she soaked her foot to clean it. When the kids were finally in bed I pulled my dress out of the hallway closet and was disappointed to find it wet along the bottom. Ty figured the washer must've backed up at some point and leaked into the closet. The train of my dress seemed like it soaked up most of the water. There was some mold growing on the dress and the train was still damp. Ty said he'd dance with me even though the dress smelled pretty yucky! We danced to our song, "Whatever It Is" by Zac Brown Band and then "Perfect" by Ed Sheeran. Afterward we watched most of our wedding video but it was getting late so stopped it at the toasts. It was another wonderful anniversary with an amazing man! I plan to soak the dress and hope to get it clean enough/smelling good enough for it's 10 minutes of fame next year! 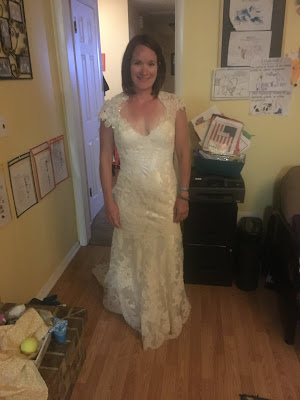 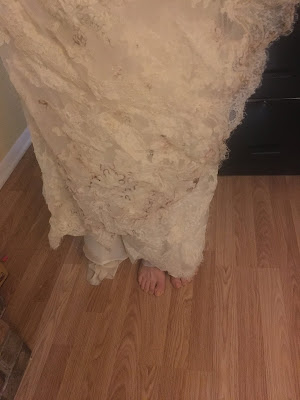 Here's a list of the extra song we've danced to each year because one song is just not enough. And there's always a current song that I just love and want to dance to with Ty. Ed Sheeran is obviously a favorite of mine when you see this list! 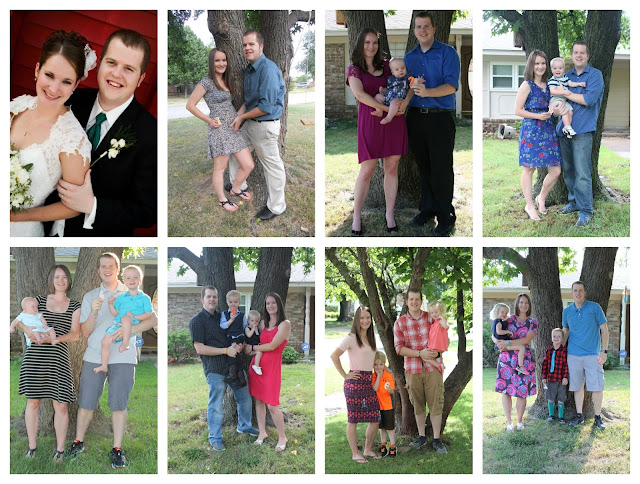