We were driving in the car and Carter was laughing. Elise asked him why he was laughing and he said, "I drew a butt for Peppa Pig's class to see in art class." He was playing on his tablet.

Elise: Do you know why Carter loves you?
Me: Why?
Elise: Because... you licked him!

Elise was playing with her toy phone and kept pretending she had taken a picture. She pulled out her phone and said, "Carter, look at my pictures." Carter looked and said, "Oh my gosh, that's such a funny picture of the dogs!" 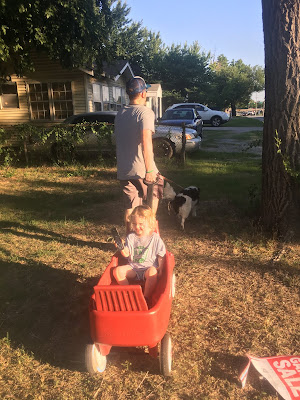 Elise talking to a lady in the waiting room: "You know my brother, Carter, pooped and it busted out!"

Both kids got postcards in the mail from their VBS leaders. Elise's said have fun with your baby sister this summer. I'd love to know what she told her leader!

Instead of calling them goosebumps, Carter calls them eggbumps.

While playing a game of Candyland Elise and I both got to go on the rainbow trail. Carter didn't get to. He said, "I'm miserable." 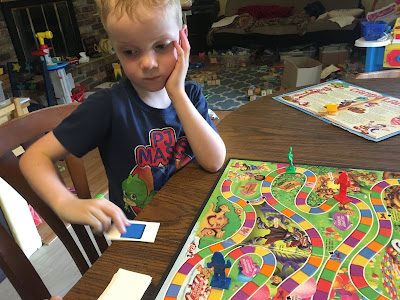 I was watching a friend's kids. One of her son asked me what my job was going to be next year. I told him I'd be teaching preschool. He said, "Oh and you'd be making decent money now or at least better because of that whole teacher rampage." I was cracking up. He obviously meant the teacher strike.

Posted by Liz Runningmomma at 12:40 PM