Of course with the 4th of July on the horizon I started thinking of all the ways I could use fireworks and red, white, and blue as learning tools. I was so excited to do a 4th of July themed couple of weeks to pack in lots of festive fun! You may notice in a lot of the pictures Carter is wearing the same navy blue and orange striped shirt. He actually wore that twice during this theme, once with navy blue shorts and once with orange shorts. I promise I did laundry in between. Now your challenge is to find the different shorts in pictures! 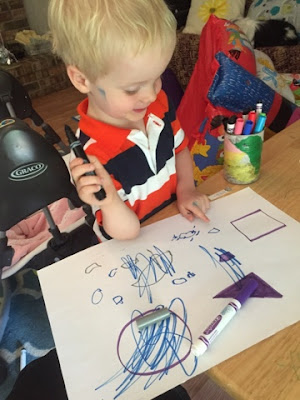 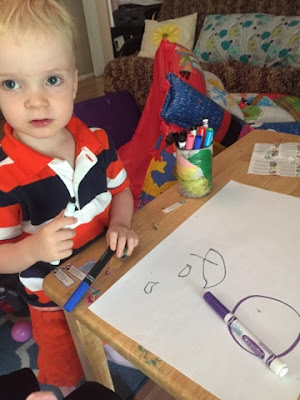 Posted by Liz Runningmomma at 11:44 AM