Carter has some very special uncles in his life.  I have two brothers, Jeremy and Thomas, and Ty has one brother, Paul.  I love seeing how different each of his uncles is with him and how much he is loved by all three!

Jeremy, my older brother, has always had a way with babies and children.  I love the story my mom tells of him as a young child holding a baby.  When the baby cried and the mom came and took the baby away, Jeremy cried because he didn’t want to give the baby up.

The first time Jeremy met Carter you could instantly see the love in his eyes, he was smitten with his little nephew.  He never gets nervous with him either, not even when he was a newborn.  If Carter cries when he’s holding him he just tries something else.  Either standing up or walking around to soothe the bebe.  Carter sees Jeremy the most since we live in the same town and Jeremy never turns down an offer to hold him.  Lucky Carter still gets a kiss every time Jeremy leaves our house. 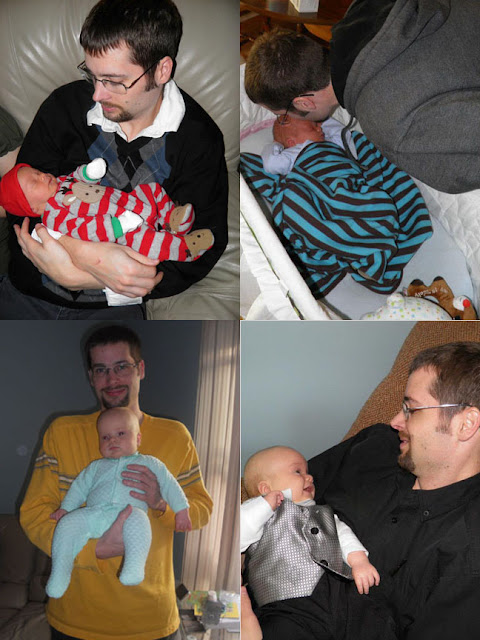 Thomas drove three hours after work the day Carter was born and got to the hospital within minutes of Carter’s arrival, all just to see his nephew.  He decided not to hold him since he came straight from work, he’s a school psychologist, and didn’t want to spread germs to the newborn.
Thomas has visited many times and each time leaves saying he doesn’t believe how much Carter has grown and changed.  The day I discovered Carter rhymes with Farter by singing “Carter Carter Bo Barter Banana Fana Fo Farter” I texted Thomas in distress.  His response was “The other kids won’t figure it out, they’ll be too busy trying to be as cool as him”.  The last time he was here he asked when Carter would start laughing.  I told him he’s getting close and it could be anytime now.  When I left the room I heard him fake laughing at Carter which is the exact same thing I do to try to get him to laugh.  I just stood in the hallway with a silly smile plastered on my face. 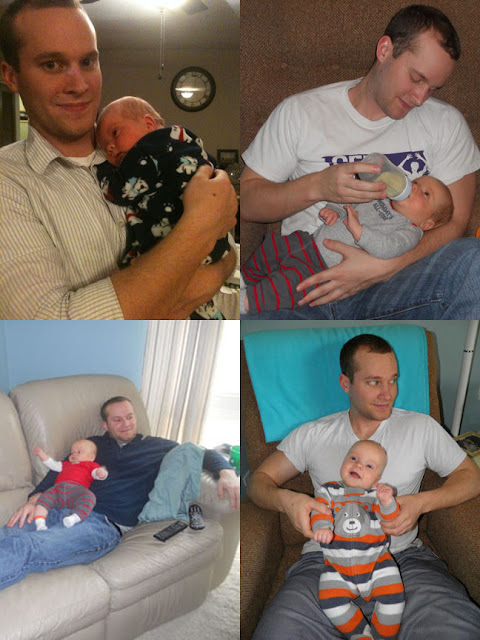 Thomas has always been the protective brother and doesn’t even like to hear the word bikini in the same sentence as my name.  One visit he was forced to utter the words “You are leaking milk on the table”.  Crazy how things have changed!

Unfortunately Uncle Paul lives in Florida which is quite a trek for us Oklahomans (Kansans at heart) and he’s only gotten to meet Carter once.  When I was pregnant Paul was always asking if it was possible for Carter to be born early and by how much.  He was really hoping Carter would come when he was home for Christmas.  I kept telling him it wasn’t very likely for Carter to be born early since it was my first pregnancy, but Carter must have heard him and decided to come WAY early!  He was born before Paul even left Florida! 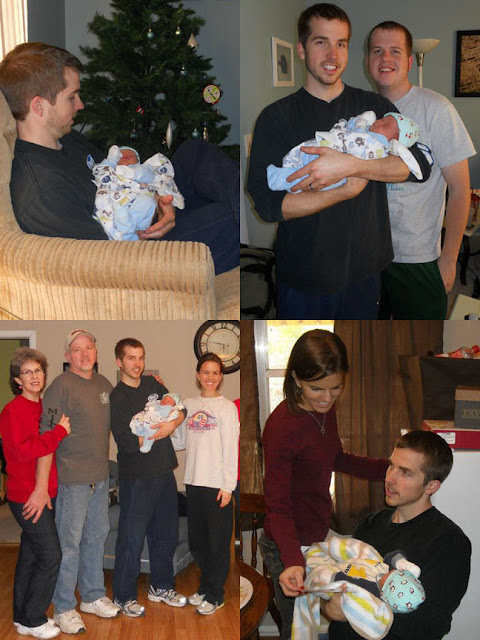 Paul spent the weekend before Christmas with Carter and had so many questions.  He was most surprised by how much Carter slept.  Carter has gotten to visit with his Uncle Paul and Aunt Amanda via facetime, but I can’t wait for him to see Carter again now that he’s so much more social!

Carter also has some amazing aunties.  Coming up will be a post about these lovely ladies in his life!
Posted by Liz Runningmomma at 7:54 PM