For the Love of Aunts 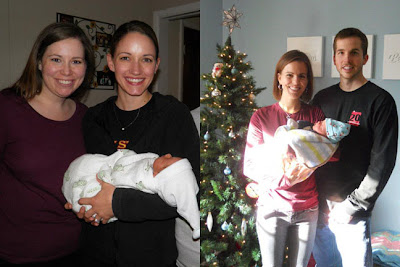 Carter is such a lucky boy to have three such loving uncles.  He also has three just as loving aunts.  My two best friends (the sisters I always wanted and was lucky enough to choose for myself) are the best aunts a boy could ask for!  Auntie Ang is my best friend from college and Auntie Erin is my best friend from high school.  Paul’s brother is married to Amanda, giving Carter another wonderful aunt!

The morning my water broke Ang and Erin were 2 of the people I texted with the news.  Afterward a string of very excited messages ensued between the 2 of them in which they decided to ride together to come meet Carter that Sunday.  They arrived while Carter was in the nursery undergoing some tests to make sure he was ready to go home.  We sat around and chatted while we waited for Carter’s return.  When the nurse rolled Carter back into the room, you could feel the excitement in the room.  Erin and Ang instantly looked at each other.  Who would hold him first?  They both wanted to hold him, but didn’t want to take him away from the other.  I don’t remember who held him first, but I do remember how perfect it felt to look at him in both of their arms.

Erin was a rock for me during pregnancy.  Her son, Hayden, is just over a year older than Carter so everything was fairly fresh in her mind.  She also supplied me with bags full of maternity clothes, it was amazing!  Every time she holds Carter I love watching the smile that spreads across her face.  Last time she visited she played patty cake with Carter’s feet.  It was so sweet and I’m sure he would have giggled at her if he knew how!  She is also a working mom and has been able to assure me that leaving Carter will get better.  I’ve called her crying about something I was worried about or sad about with Carter and she was always able to calm me down. 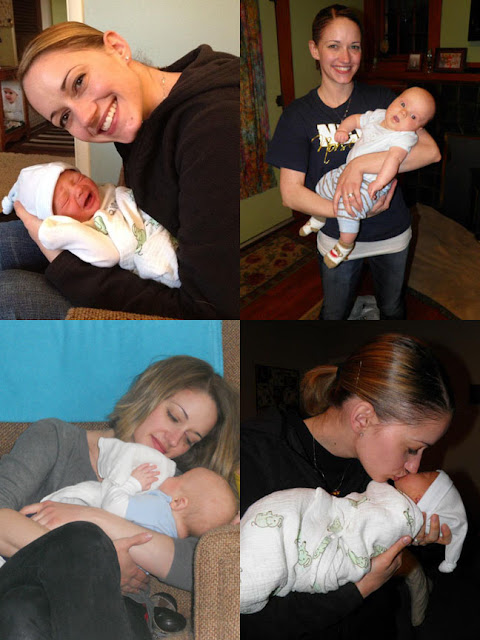 Ang was already a proud aunt of Harper, so I knew she would be an even prouder aunt with Carter.  She definitely has been!  During pregnancy she researched and contacted professors to help answer questions I had about running during pregnancy.  We talked a lot about pregnancy and Carter, probably more than she ever wanted to!  The smile she has when she’s holding Carter is a very special one that spreads to her eyes.  It’s one that seems like it will seep off of her face as a laugh.  I always feel so calm when he is in her arms.  She’s the type of person I know will protect and care for those she loves with every ounce of her body and soul, Carter included. 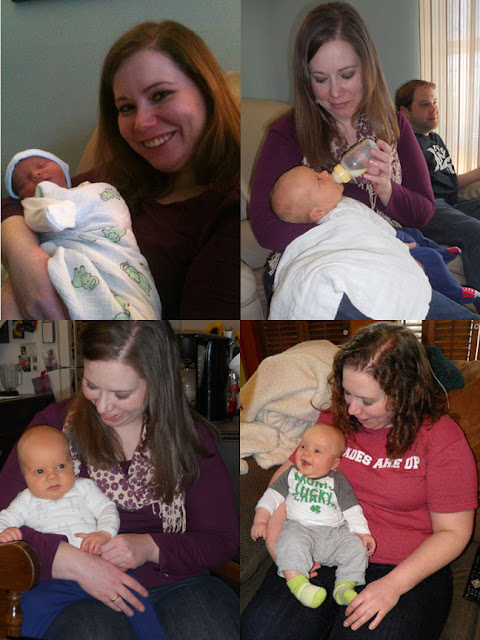 Amanda loves babies and is so natural with them.  Part of that must come from the fact that she is already an aunt, her sister has a son and a daughter.  She has only gotten to visit Carter once due to the distance between us, but that short visit made evident what a sweet aunt she is.  Carter was in her lap and I left the room, when I came back in she was snapping picture after picture of his precious face all while smiling ear to ear.  She has also showered Carter with lots of adorable clothes.  Hearing her laugh when we facetime and Carter does something precious is music to my ears. 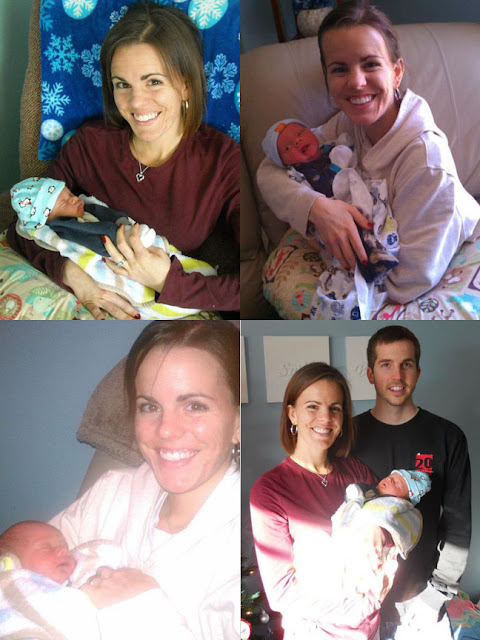 It is a wonderful thing for Carter to have so many people who love him so deeply.  It is also a wonderful thing as a mom to be able to watch so many people shower your child with love.  People always joke that when you have a baby people stop coming to visit you and they start coming to visit your baby.  Honestly, I wouldn’t have it any other way!  The more love for Carter, the better!
Posted by Liz Runningmomma at 8:00 PM