About My Loved One


I enjoyed reading the random facts Ty shared about me so much, I thought he might enjoy reading what I had to say about him.  Here are some random facts about my Ty Ty. 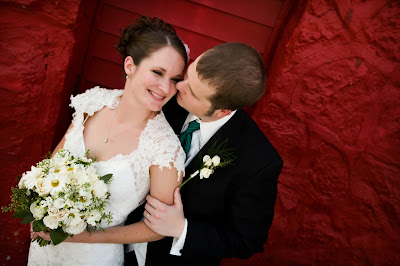 1.       He snores ridiculously loud.  So loud that my older brother wanted to record him when they shared a hotel room because he didn’t think anyone would believe him.  Trust me, I believe him!

2.       Shoes have to be worn at all times.  I have only seen Ty barefoot outside of water maybe twice.  He is not ashamed to walk around the house sporting underwear and shoes.  It’s hilarious.

3.       When he gets excited he talks too fast and starts slurring his words a bit.  I usually have to Sherlock Holmes it.  I’ll think about what I thought I heard and then try to turn those words into a reasonably coherent sentence.  Apparently he and his brother can talk this fast-paced gibberish to each other and understand with no problem.  It’s work for me!

4.       He is a romantic.  Valentine’s Day is my favorite holiday because I love getting sweet cards and my family has always written poems to each other on Valentine’s Day.  Ever since our first one together, Ty has worked hard to make it even more special.  Last year he hid a dozen roses with little notes all over for me to find during the day.  He actually called our administrative assistant at school and snuck into my classroom to hide roses the night before.

5.       White shoes freak him out.  He always buys black running shoes and has to have black socks to go with them.  He has a bajillion pairs of the exact same black socks.

6.       It drives him nuts that all my socks are different.  He also thinks it’s ridiculous that I save lost socks forever hoping its mate will turn up.  He calls my basket of lost socks my sock cemetery.

8.       He is really proud of how big our cat, Skippy, is.  He loves to take pictures of Skippy stretched out so you can tell how big he is.  The first time I took Skippy to the vet, Ty said, “If they say anything about how big Skippy is, will you tell me?”  And they did, the vet tech said Skippy was the 2nd largest cat she had ever seen and boy did Ty beam with pride. 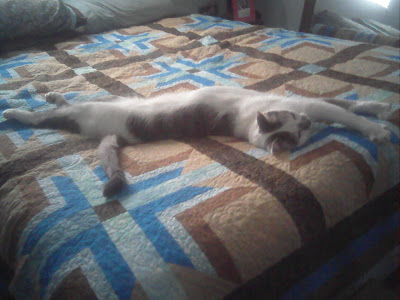 9.       He loves to tell people Carter’s birth story.  His favorite part of the narrative is when I stood up in the hospital bed.  Read his version of the story here.

10.   When he finds out something is low fat or no fat or something along those lines, he suddenly thinks it is gross.  He won’t admit it, but his mom will agree with me!

11.   Along those lines, he can’t stand eating food that is nearing its expiration date or past its best by date.

12.   He loves printing and paper.  I can hand him something that I have and he can tell me what paper the job was run on.  He even has a favorite kind of paper!  I’d tell you, but he sometimes uses it as a password.

13.   He has a thing with hobos.  He will say things like, you better make sure to lock that or a hobo might decide to live in it.  Seriously, do people even use that word anymore?  It’s hysterical.

14.   He enjoys cooking and I love it!  He does the cooking in our family.  Pretty much every night he comes home and cooks dinner.  Yesterday he informed me he was cooking something that would be so beautiful I would have to take a picture…  So I did! 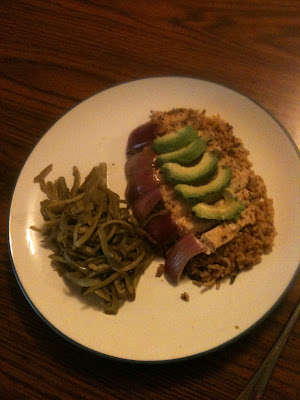 15.   He is really laid back and easy going.  It’s extremely difficult to get him stressed out.  Doing laundry does that to him.  What do I wash warm?  Can I put this in the dryer?!!?  He very rarely does laundry and when he does he steers clear of my clothes.  If I ask him to switch the laundry over from the washer to the dryer he freaks out worrying he will dry something that is air dry.  He shrunk a few of my sports bras in the dryer a couple years ago and has never recovered!

16.   When he is sitting around on the couch he loves to search the internet for funny pictures, memes, and gifs.  He especially loves kitty pictures.  I gave him a really hard time for asking me if I had seen a picture of a woman with a cat made to look like the Mozilla Firefox symbol.  When I told him no, he said it was famous.  His current favorite is anything grumpy cat.  I’m pretty sure he wishes we owned grumpy cat!

17.   If you can’t tell from previous random facts, he LOVES cats!  He jokes that he wants a Maine Coon someday.  At least I hope he is joking!

18.   He is obsessed with peanut butter.  He used to eat a peanut butter and jelly sandwich every day for breakfast.  Yep, you read that right, breakfast!

19.   He claps louder than anyone I’ve ever heard.  When we watch Packers games (he’s a huge fan) I feel like my ears are going to bleed.  When I told him he claps really loudly he proudly exclaimed, I always kind of thought I could clap loudly, but no one has ever told me that before! 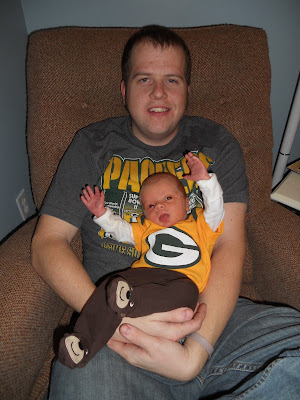 20.   He reads every single post I make.  He is the most supportive husband and is behind me in everything I do.  Even when I was 28 weeks pregnant and informed him that I wanted to run a half-marathon in a month at 32 weeks pregnant.  His response was, go for it!  He took it to the next step and wanted to make a sign saying “My pregnant wife is beating you” to hold up after I ran by.  I told him no!

If you didn’t already know it, obviously I am much wordier than he is!  Haha!
Posted by Liz Runningmomma at 4:04 PM