Leaving Carter with my mom was so much easier than leaving him at daycare and it also gave me more time with him.  Instead of leaving the house at 7:30, I left at 8:00, giving me an extra half-hour with him.  Rather than arriving home around 4:30, I got home at 4:00 since I didn't pick him up at daycare.  We got to spend that extra 30 minutes playing rather than driving in the car.  Knowing he was getting one-on-one attention, and the attention of his grammy at that, was so comforting.  Another added bonus was that I received pictures and updates via text throughout the day (all the pictures in this post my mom texted me during her stay).  Those 2 days were the first days this school year that I really fully enjoyed being at work and didn't have the empty feeling in my chest that normally appears once I walk out of Carter's classroom in the morning and remains all day until I pick him up.  I was so grateful my mom was able to come to take care of Carter and put my mind at ease. 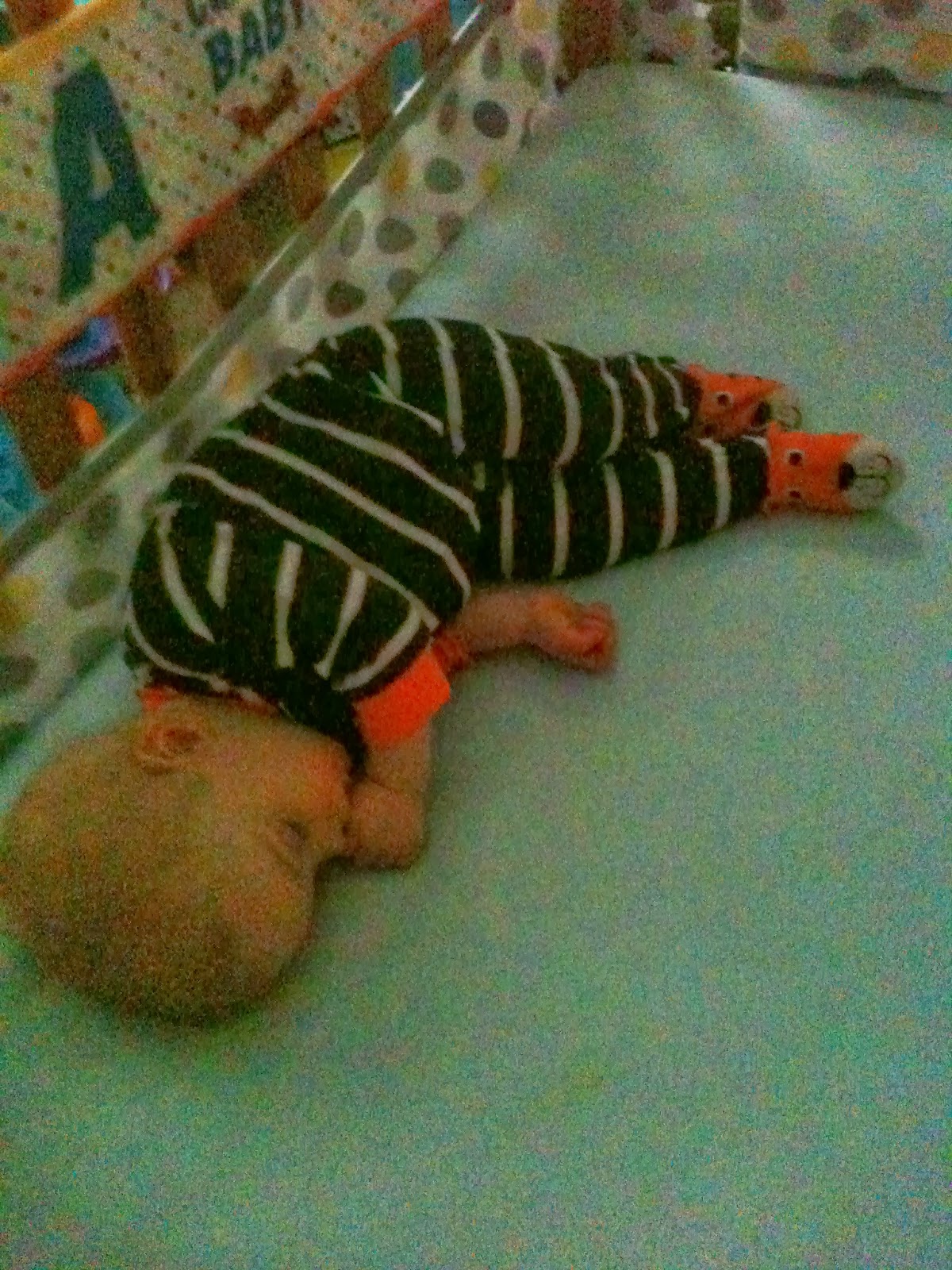 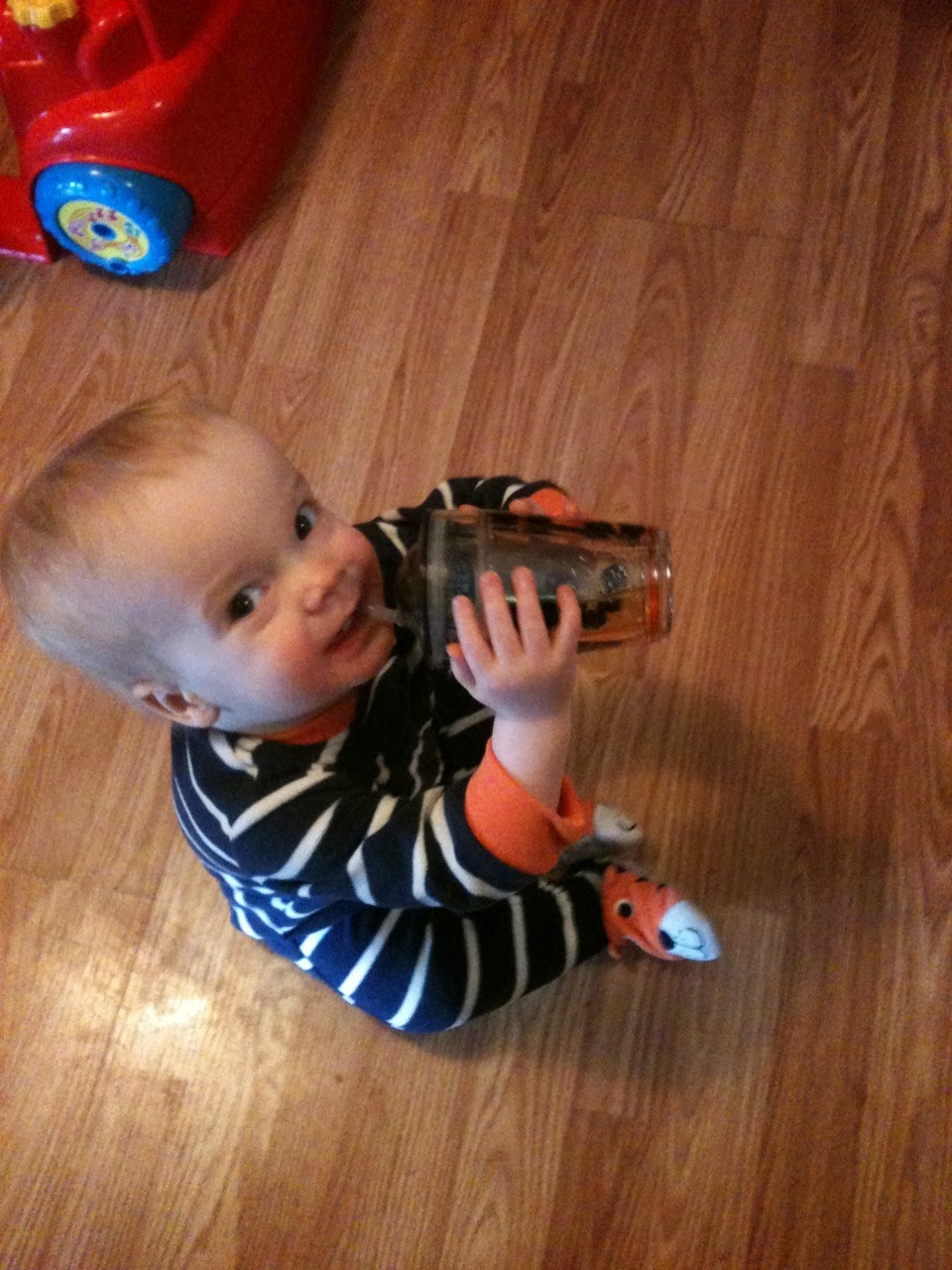 Wednesday when I stayed home with Carter the temperature was in the teens all day.  I hadn't been able to find a sub the night before and no one wanted to pick up the job in the morning due to the cold weather, so I ended up with a sub who had just gone through training and had never subbed before.  Needless to say, she wasn't very successful.  I hated to take another day and risk having her or another sub similar to her, so my mom came to the rescue!  Now I have 6 days left for the remainder of the year.  That means I have 1.5 days per month.  I'm gonna go ahead and cross my fingers that it will be enough!
Posted by Liz Runningmomma at 9:17 PM