This weekend we drove up to visit my brother, Thomas, and for Ty's cousin, Megan's, baby shower.  Jeremy rode up with us so he could visit Thomas and we all had a good time.  Friday evening we arrived a bit after 8:00.  By the time I had Carter bathed and ready for bed he was extremely overtired and it took an absurd amount of time to get him down.  Poor little guy didn't fall asleep until 9:30!  Saturday morning Ty looked up where the shower was.  We originally thought it would be a 45 minute drive from my brother's house, but it was actually an hour and a half.  Carter wasn't too pleased and it was a lot of driving in one day, but it was worth it!

Ty missed an exit on the way to the shower so I was a little late.  I was rushed putting the present together and changing Carter into his party outfit and forgot my camera in the car.  I was disappointed, but everyone else took really great pictures.  I took a few pictures on my phone, but most of the pictures from the shower are courtesy of Leina (Carter's Grandma) and Aunt Gena (Leina's sister).  Carter enjoyed the shower, hanging out with a bunch of women who were all smitten with him.  They used mason jars with paper straws for drinks and Carter loved drinking out of the straws.  The spoiled little boy was even given a balloon by Aunt Netta (the grandma to be) and wore it tied around his ankle during the rest of the shower.  After the shower we all went out to eat which made for another late night for little man.  We didn't leave the restaurant until 7:00.  Jeremy and Thomas were both good sports.  At a table of 16 people they and Ty were the only men and they only knew each other, Ty, and me.  It was so good to see everyone and Ty got luxury treatment, sitting in between his 2 cousins.


It was so much fun to see Carter interact with all his family members and man does he love his uncies!  This morning Carter was sitting on my lap and reached for his Uncie Tommy.  It was the sweetest thing!  I couldn't believe Carter actually reached for someone else while I was holding him.  That doesn't happen very often.  When Thomas was holding Carter he opened the window blinds and Carter enjoyed staring out.  After a while Harper joined him to see what was up.  Then he wanted to stand in the window sill.  I was right behind him with my hand hovering right behind his hiney and as Ty took a picture he asked me to step back, talk about nerve wracking!  Thankfully Carter has great finger strength and held on really well. 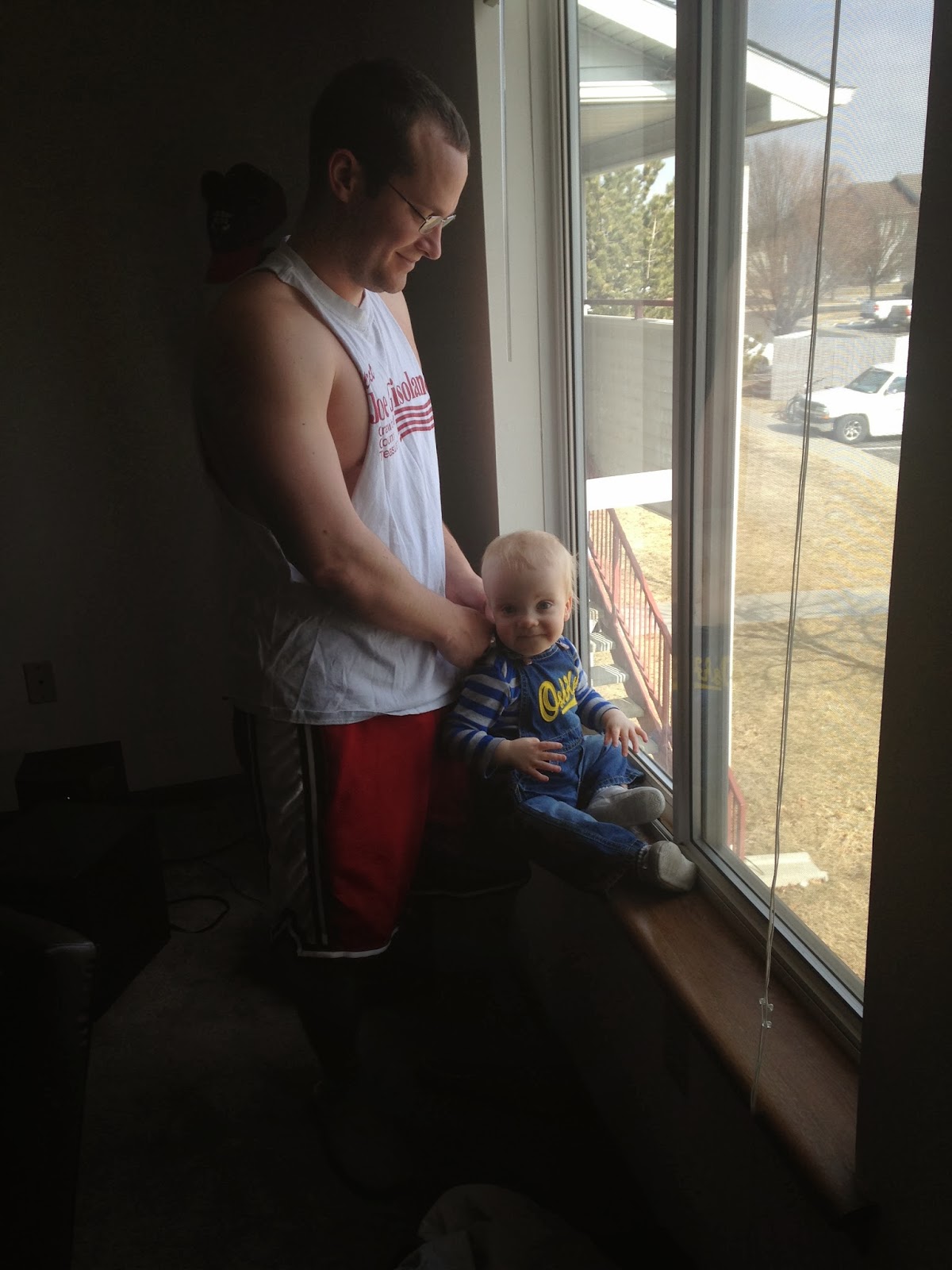 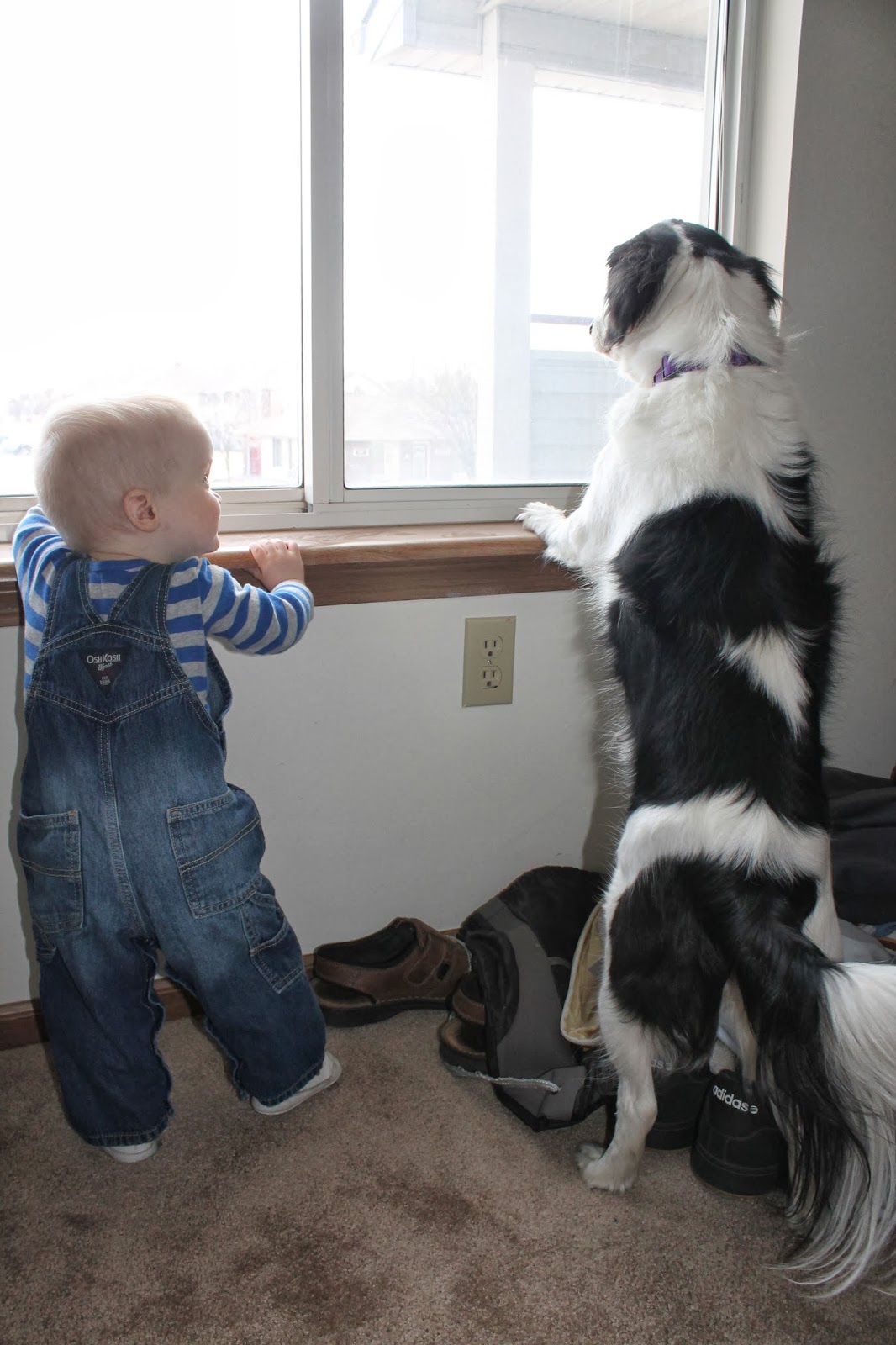 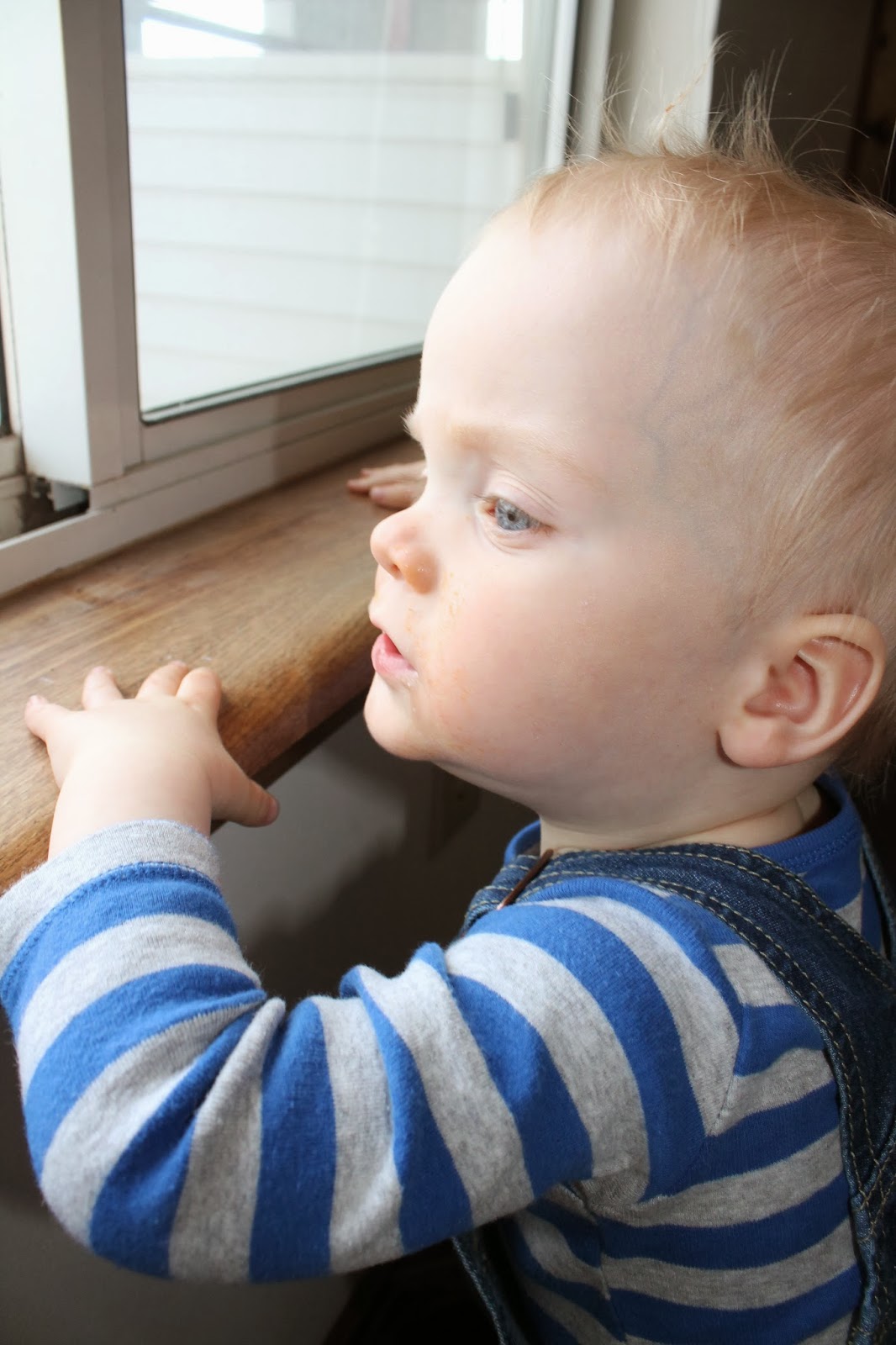 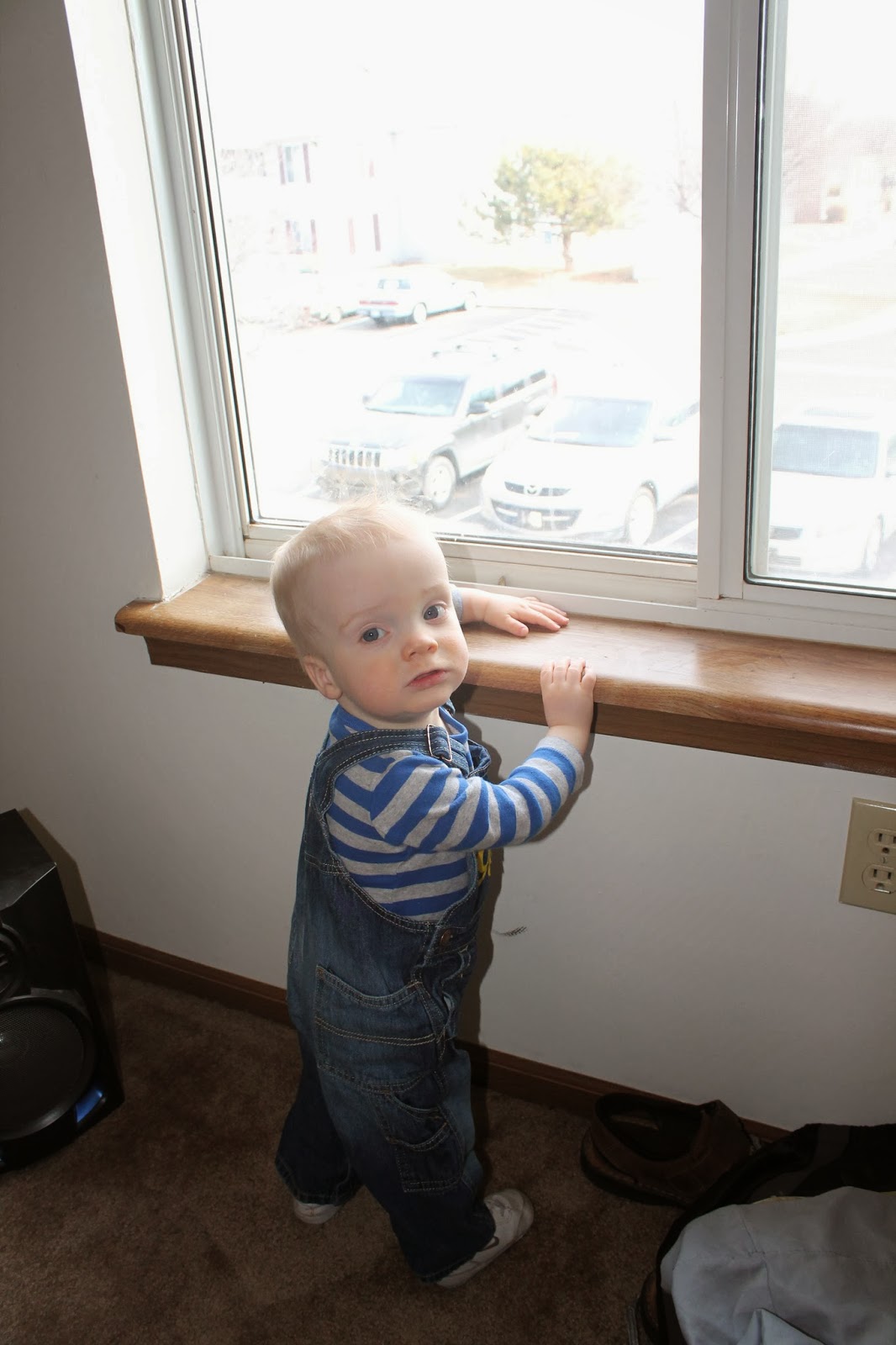 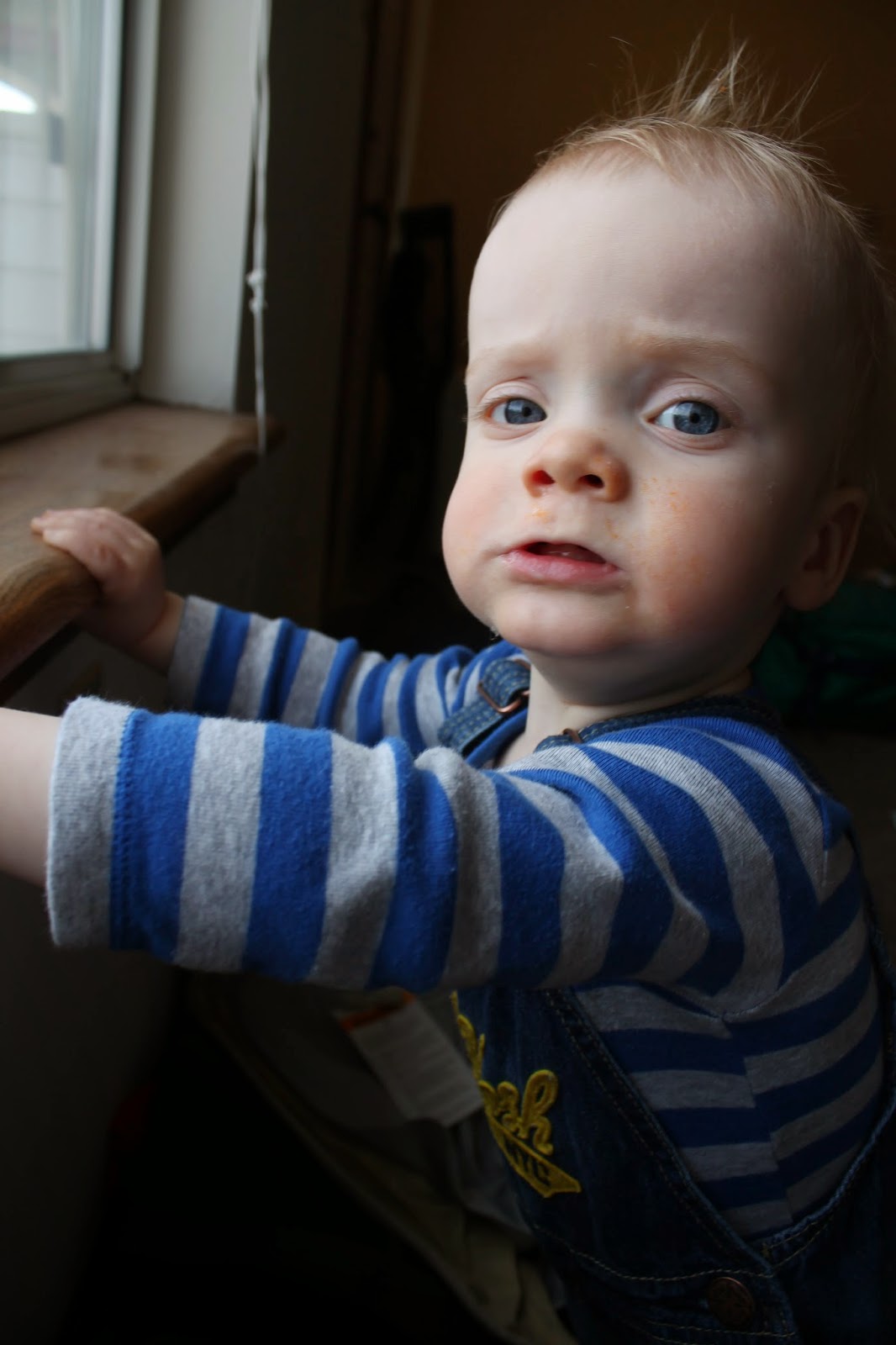 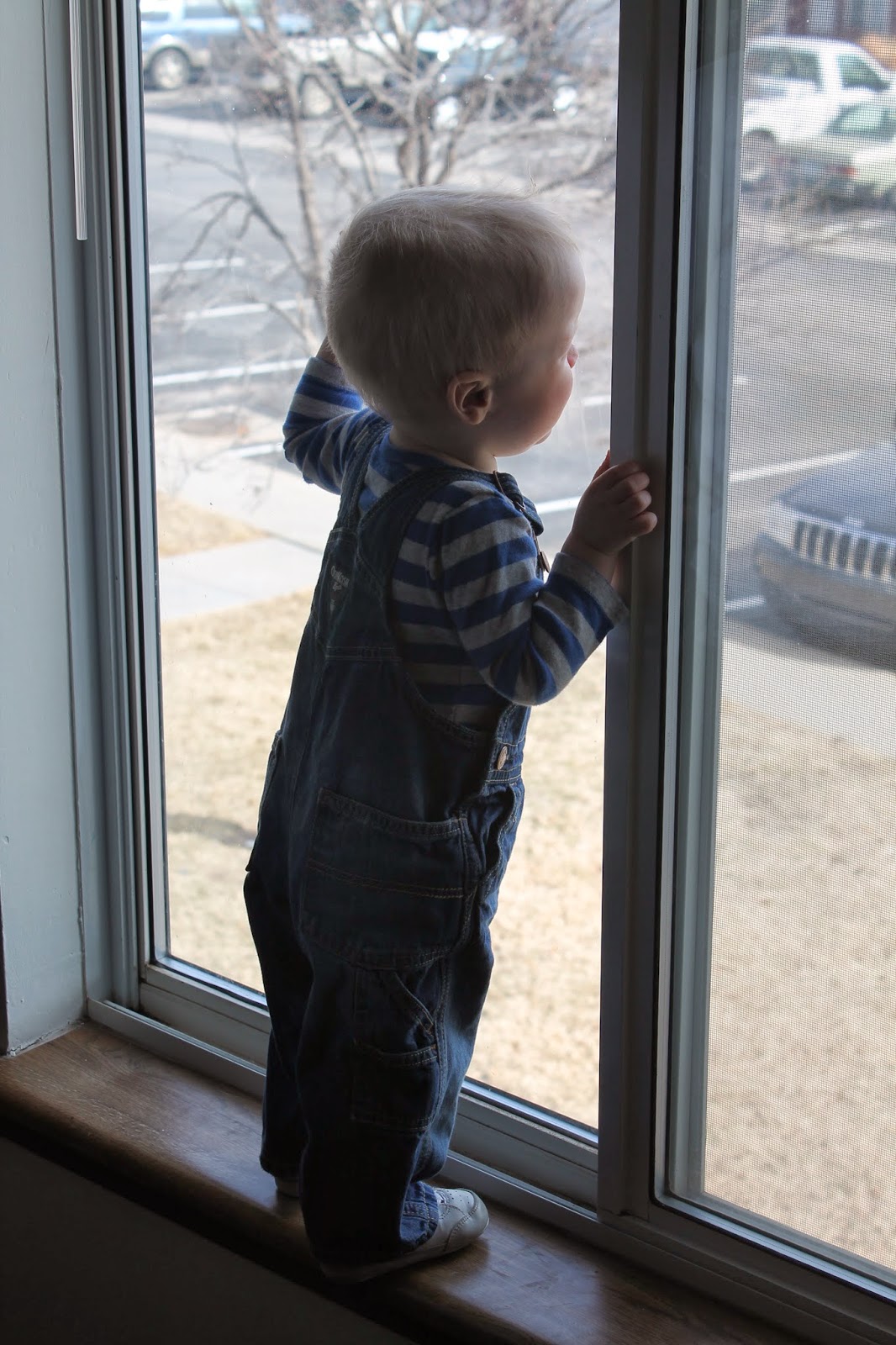 Carter did so much better on our drive today.  We left right before naptime.  I fed him lunch and then he fell asleep for about an hour.  He woke up when we stopped to eat lunch.  He ate a banana, watched some Pete the Cat on my phone, and was back to sleep about 45 minutes later.  He didn't wake up again until we were about 15 minutes from home and I actually slept some in the car too!  So I'd call the drive home a great success!  Ty and I have decided we need to either plan trips around naptime or invest in an ipad for Carter to watch videos on when he gets overly tired.  The leaving after work and still being in the car during his bedtime just isn't cutting it.

Posted by Liz Runningmomma at 7:49 PM