I just realized this week I forgot to ever post about our Easter this year. Easter morning started with a short run before church. My mom got us all something blue to wear for Easter so we could match. It looked so nice for our group picture. They had special Easter shaped doughnuts for the day which was really nice! 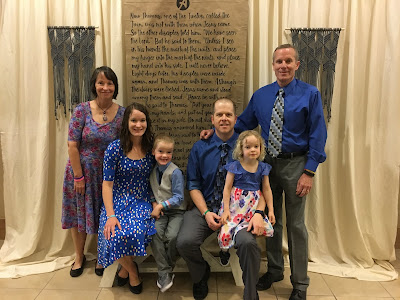 After church we came home to find the Easter bunny had visited. The kids had a blast with the egg hunt and Carter was impressed the Easter Bunny knew he and Elise had switched baskets so he had pink and she had blue. He was so sweet to switch with her because her favorite color is blue and she really wanted the blue one. They both got dig kits and enjoyed working on them in the backyard. 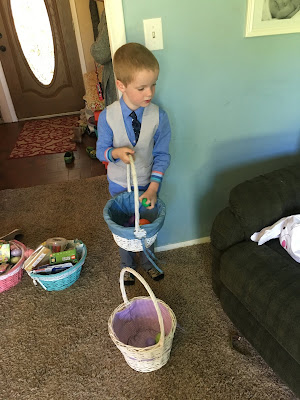 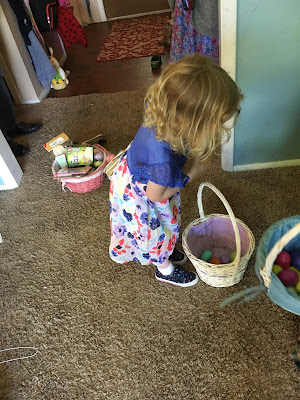 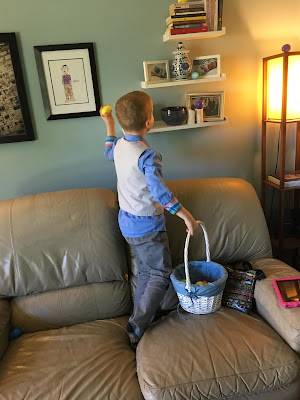 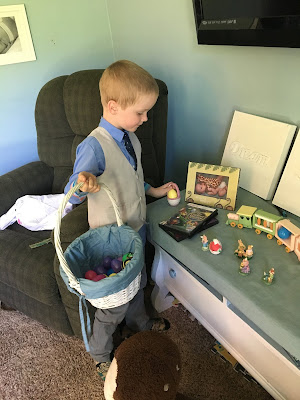 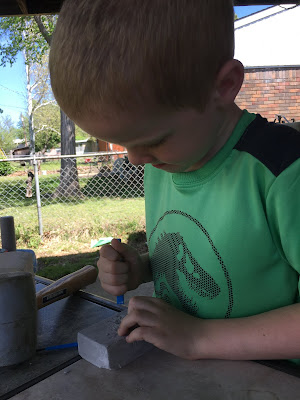 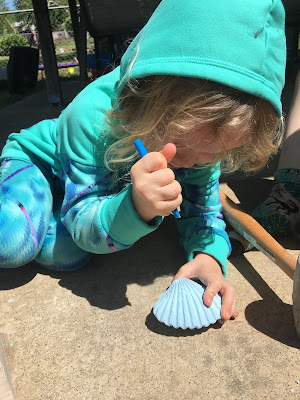 It was a really warm day and the kids wanted to play in water. I got out water balloons and our sprinkler and they had a blast. Then I decided to do a scavenger hunt for Easter eggs so we could get out for a walk and have fun. I took a walk setting out eggs with hints about where to go. The hunt would end with special eggs with dog biscuits for the dogs. Then there were big eggs for each of the kids with fruit snacks inside and a Capri Sun taped to the outside. The kids had a blast and Carter was so proud to read the hints. They'd both run to the next egg and had so much fun finding them. When we got up to the playground where I put the special eggs they were gone. We were disappointed but I wasn't super surprised because after I set them up I worried someone would find them and take them. But we went right away after I set them out. After playing at the playground for a while we walked home and found our eggs on the other side of the school. Someone had picked them up and then decided to leave them, thankfully, so we still got them! 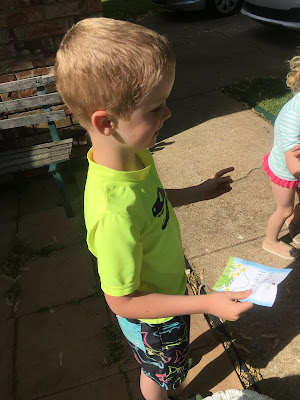 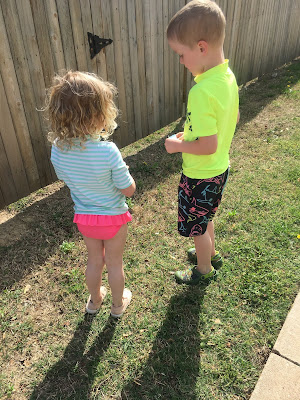