Carter's last week of school was crazy for us weather-wise. School was cancelled Monday due to the high probability of tornadoes coming through in the afternoon. Then they delayed the school start time on Tuesday due to severe weather before later deciding to cancel school again. He was back to school on Wednesday for his last day of school. I was glad he got to go for his last day because it was field day and I was excited for all the fun stuff planned. We did end up getting some more severe weather but not until that evening. I signed up to volunteer at field day so Elise and I parked after dropping Carter off in the morning. I signed up to help with the sidewalk chalk station because I figured that was something I could do while also wrangling Elise and it would likely keep her busy. My shift was 2 hours. Elise drew and played for the first hour and then the 2nd hour got bored and started playing in puddles. It worked out really well because when I signed up I put that I'd have my daughter with me so the lady I worked with picked the same station because she had her daughter with her too. The girls played together and kept each other entertained a little bit. Elise and I went over to whatever station Carter was at when we had a break between groups. It was a lot of fun to get to see Carter play the games and interact with his friends. When my shift ended at 11:00 I set up a rapid pick-up order at Panera and we walked over to pick it up. We got to eat lunch with Carter and he invited his friends to eat with us so we had a full table! After lunch I had signed up to volunteer in the library, helping to move books around. Elise was getting tired at that point and sat in the stroller for a while just chilling. The kids got to come into the library to sign yearbooks so we got to see Carter again when the kindergarten classes came in. I was cracking up because the kindergarteners didn't understand what to do with the yearbook signing. They were writing their own name in their yearbook and then writing down the names of their friends underneath. It took them a while to realize they were supposed to write in each other's yearbooks. After yearbook signing they got to get their faces painted in the hallway. Carter came back in to show me his snake after he got it painted. It was a wonderful day for all of us! Read about Carter's first day of school interview here, 2018's last day of preschool here, 2017's last day of 3 year old preschool here. 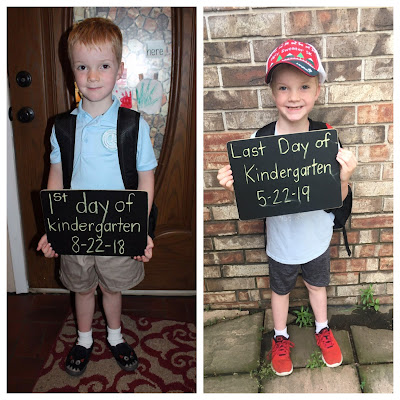 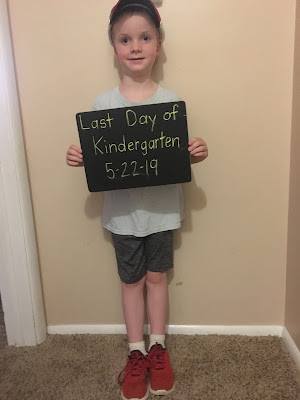 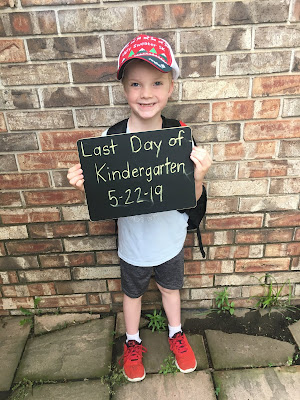 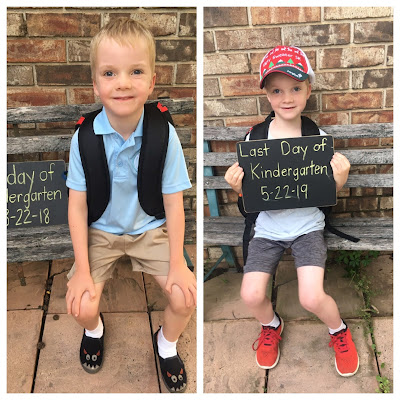 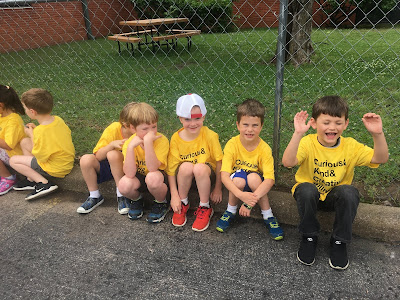 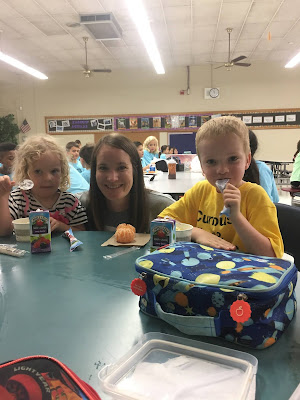