We started our morning with Carter's alarm going off at 7:00 am. Elise wanted her alarm clock set since Carter has been waking up to his so when hers went off I went in to help her turn it off. I bonked her with the door as I opened it because she was attempting to run out of the room as she was near tears because she didn't like her alarm clock. I laughed that she likes her alarm clock as much as I like mine. Carter was very sweet and told her he'd turn it off for her so she wouldn't have to go back in her room where she'd have to hear it. Carter asked for waffles as his special breakfast so we made them together and topped them with Nutella, strawberries, whipped cream, and sprinkles! He was very excited to pull off his last chain on his school countdown and was super sweet, giving Elise the first balloon. He was also excited about the new book he got as a first day of school present. The nice thing about Carter going to school earlier this year is that Ty was still home to take some first day of school pictures with us! Carter's school is 8:30-3:30. Last year he went from 9:30-2:30. Most the elementary schools in his district go from 7:30-2:30 but he starts an hour later since he's at a magnet school, thank goodness! 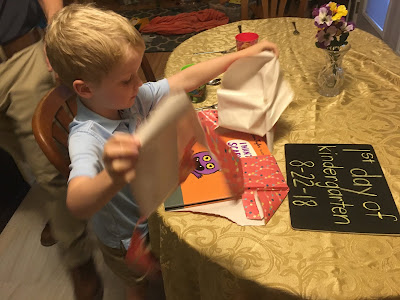 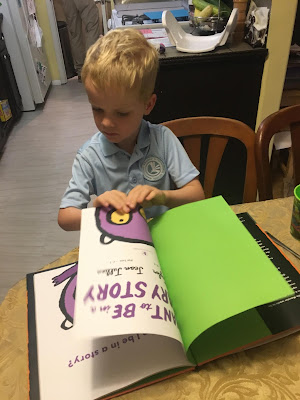 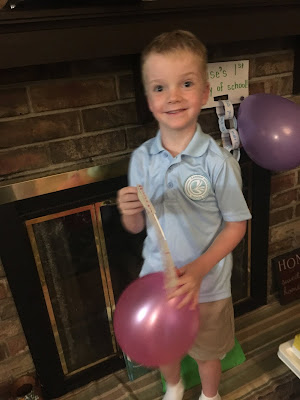 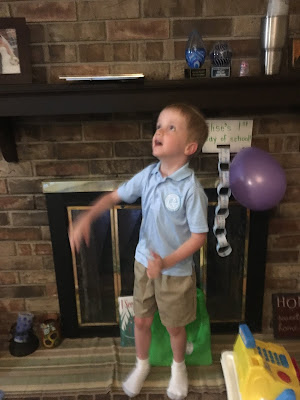 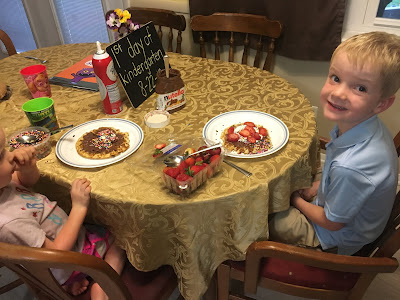 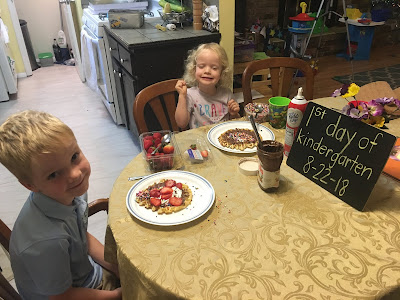 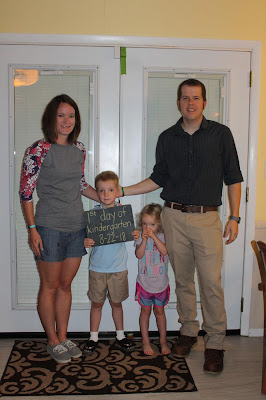 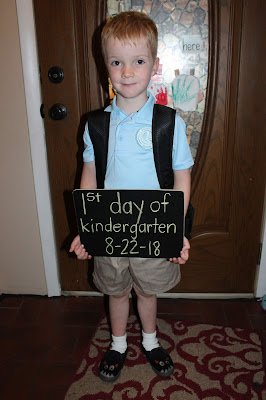 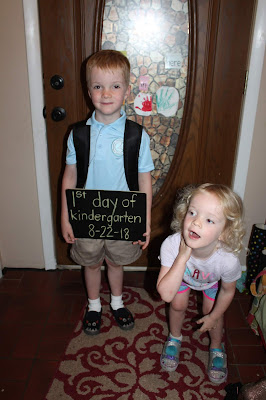 Carter wanted us to walk him into school so we did. We had to park a ways away and got rained on when we were almost to the building. I was so excited and proud of Carter. He told me he felt sad for kids who were crying because they didn't want to leave their moms. We walked him to his locker and helped him get out the scissors we got off his teacher's wish list. I was putting my phone away after taking pictures and preparing to give him a hug and a kiss when he said, "Goodbye, mom," and walked right into his classroom. I immediately felt my chest tighten but I didn't cry. I was so proud that he was brave and ready to enter school, but I was also sad that I didn't get to hug him. Thankfully there was a kindergarten parent meeting in the library so I got to chat with some other kinder parents while Elise sat on my lap and that made the transition easier. The meeting ended up lasting almost an hour. Elise sat quietly for the first 30 minutes and then started whispering to me, "I don't like to be here," and "I want to go," which caused me to giggle. As we were walking out of the building she asked where we were going and when I said we were going home she took a sharp intake of breath and said, "Without Carter?!" 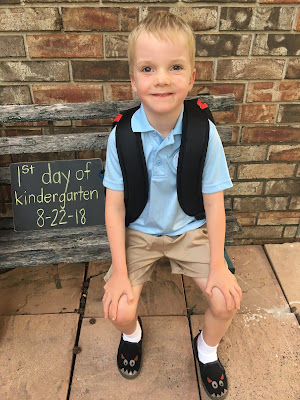 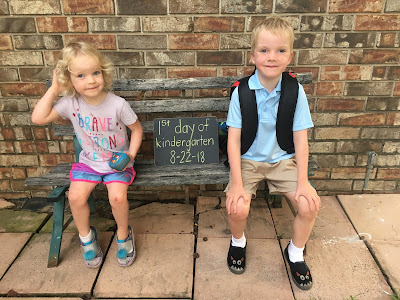 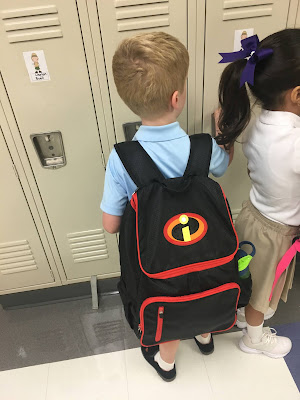 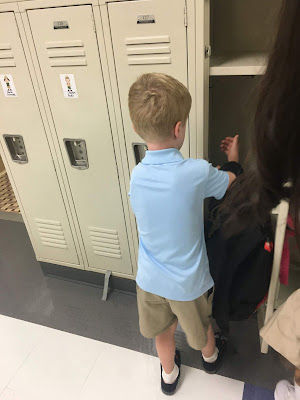 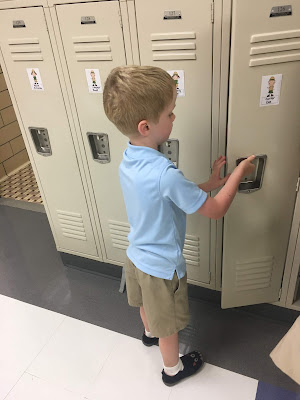 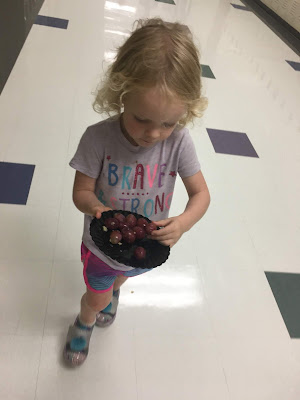 I let Elise pick what she wanted to do and she chose to take Harper on a hike at Turkey Mountain. We packed a lunch to eat after our hike. We had a good time on our hike. While we were eating lunch I told her, "I really love Carter but it is nice to have days just you and me." She said, "Yeah, but nothing's as fun without Carter." Sweet girl is going to miss her brother on the days he's in school and she isn't! It's so sweet how much they love each other! 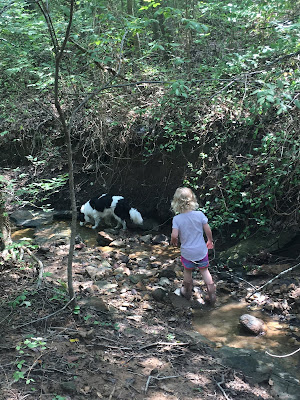 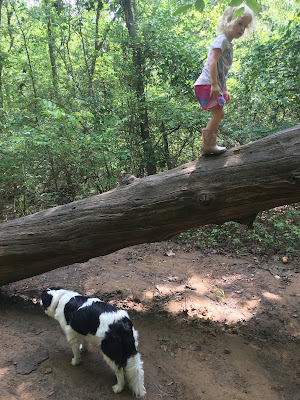 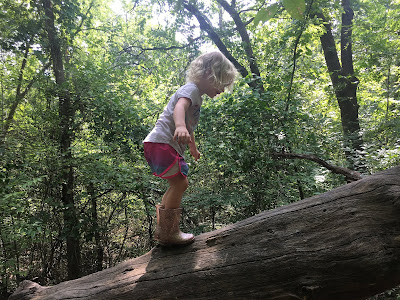 Carter looked really tired when we picked him up. I'm glad I went overboard packing him snacks for the drive home because he ate an entire container of blueberries, a package of fruit snacks, and the rest of his lunch. I was so excited to see him and I love that he allowed me to hug him and kiss him before walking back to the car. He said they had rest time and he fell asleep with his head laying on his desk. That's a sign of a good and busy day!