Weekly Learning Theme: Under the Ground/Inside the Earth

If one thing is true, it is that Carter likes to challenge me. One day we were playing outside and he told me he wanted to learn about what's in the ground. So I started a little discussion about dirt and worms and everything in topsoil that we can find and see. He told me, "No, I already know about that. I want to learn about what's under that like the water in the ground and stuff." I immediately felt overwhelmed when I thought of attempting to explain the layers of the Earth to a preschooler. How could I take the complexities of what we will never see with our own eyes and explain to him the mysteries that lay deep down inside this planet? But the more I thought about it and tried to decide what I wanted to put into this learning theme, the more excited I got. We could talk about different kinds of rock, about volcanoes, and about caves. The great thing about such a broad theme is I can include introductions to lots of different things without getting too in depth and confusing for a preschooler. So after a nice little break from learning themes at the beginning of the summer we jumped right into what is under the ground/inside the Earth! The way this post is split up into the different kinds of activities makes it seem as though we jumped around a lot but really we started with talking about the earth's layers, soil, and ground water. Then we moved on to volcanoes and then ended with caves. So we learned in a more organized manner than what it seems in this post. 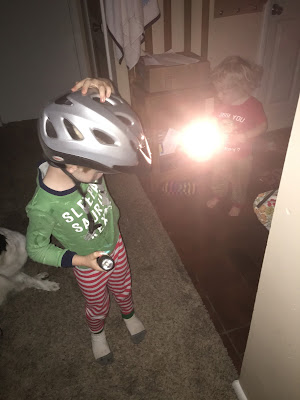 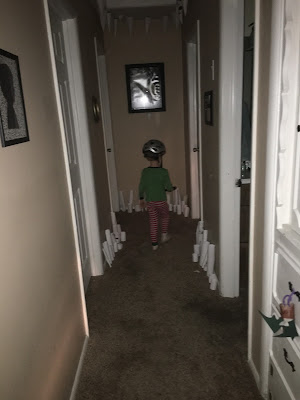 Posted by Liz Runningmomma at 2:09 PM