Last year we had so much fun with our pumpkin learning theme, read it here. I was so excited to do it again. It is so much fun to take the same theme but stretch it and change it for Carter's new objectives and strengthened abilities. I'm also enjoying finding ways to include Elise in our activities and learning. We had a pumpkin patch playdate set up with some ladies I used to work with who are now stay-at-home or part time working moms, so I decided to do the learning theme at a time that would include our pumpkin patch trip as the field trip. But the night before our trip I came down with a nasty stomach bug so we ended up going the next week in the evening so Ty could go with us. 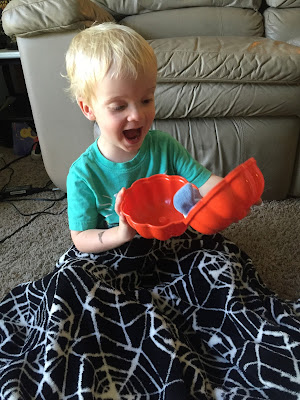 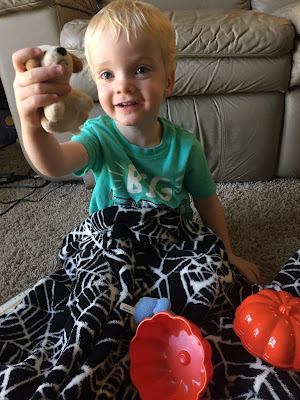 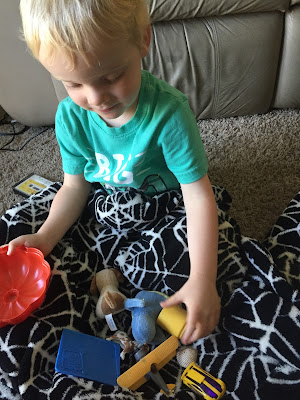 Posted by Liz Runningmomma at 2:07 PM