I woke up Sunday morning to the sound of Elise's bedroom door opening. I heard Carter whisper to Elise, "It's Mother's Day. Let's surprise mommy and Oma by telling them Happy Mother's Day." Then he and Elise quietly crept into our room and told me Happy Mother's Day. It was so sweet. They immediately took off to tell Oma Happy Mother's Day. I checked my phone and it was 7:40! I got up and brushed my teeth as they went into the kitchen to tell Oma Happy Mother's Day. When I walked past the living room I saw them quietly reading on the floor, waiting for me. I made them breakfast and as I did Elise ran to the fridge and got out the special coffees we'd gotten for Oma for Mother's Day. She was so excited to run them over to Oma and show them to her. I got ready and headed out to Turkey Mountain for a short trail run before leaving for our adventure for the day. When I thought about what I'd most like to do for Mother's Day, I decided I'd like to go explore at a state park. Mom said that sounded good to her so we planned to visit Natural Falls State Park. That was one we visited before we found out about the passport program so we didn't have a sticker for visiting. I picked it because I knew it was awesome. I hated to take everyone to one we haven't been to and have it be a bust. When I got back from running Ty had me open my Mother's Day present. It was a new lens and battery charger for our nice camera so we can start using it again. He wanted me to open it before we left so we could use it at the park. Then I just changed clothes and packed lunches and we headed out. It worked out really well because we were able to all fit in my mom and dad's van. Ty moved car seats around and we were set to go.
We left a little after 10:00. The park is a little over an hour away but it is so worth it. It is gorgeous! Carter was really excited to try out the little tv in Oma and Opa's car so I ended up reading my book most of the drive there and back which was another little treat in and of itself! The drive took a little longer because there was a bad wreck on the highway. I couldn't help but think what a terrible Mother's Day that would be for the mom of whoever was driving the truck that was involved in the accident. When we got to Natural Falls State Park we explored a little bit before walking down to the waterfall. I told my parents it wasn't a very long walk down to the falls and they were surprised by how short it actually was! The sound of the waterfall was so peaceful. I love standing by it just listening and looking at it. 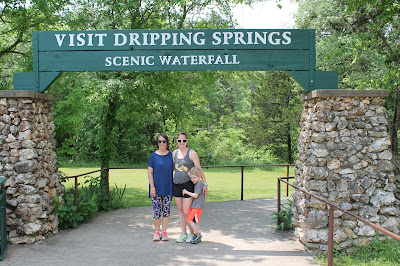 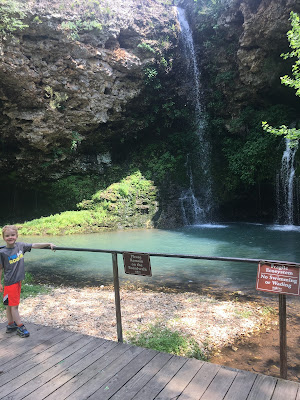 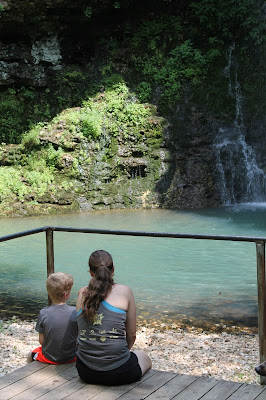 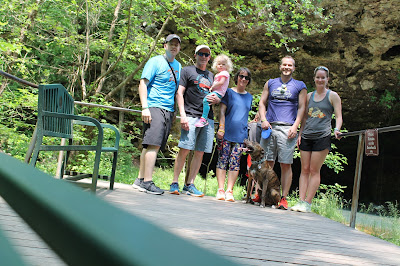 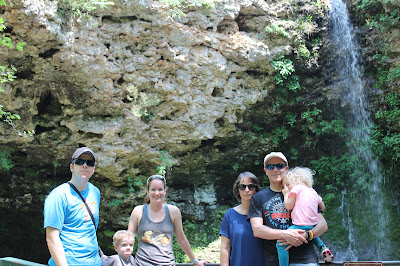 We started out hiking on an unmarked trail we went on during our last visit and then ended up on an actual marked trail. It was so beautiful! We walked along the water which was a gorgeous teal color. Then we went across on either a fallen tree or rocks and came out on an evergreen forest. Thomas said it was really cool because it was like walking through different habitats as we went. That's one thing I love about Oklahoma, we have so many different kinds of biomes. Elise wanted to be carried the whole way and I forgot the baby carrier since it's always in our car so I never think to pack it. I didn't realize it until we were getting ready to hike and asked Ty to grab it out of the car. Then I remembered we didn't drive our car so we didn't have it! Opa saved the day by carrying Elise on his shoulders most of the way. Carter walked and did a great job. I only carried him a couple of times. I was a little worried at first because both the kids were fussy enough that Thomas joked, "Is it Mother's Day or fussy kids day." When I told Carter it was Mother's Day and what I really wanted to do was go on a hike with him, he perked right up. 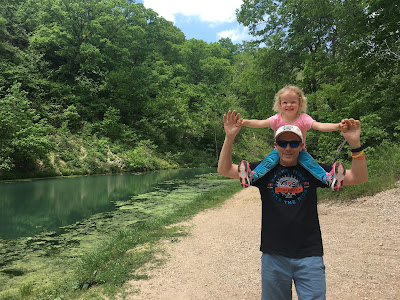 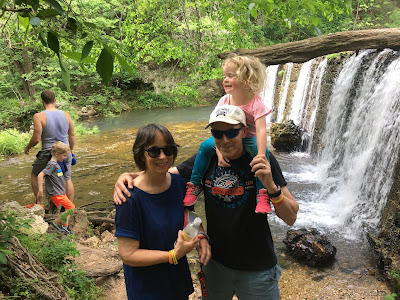 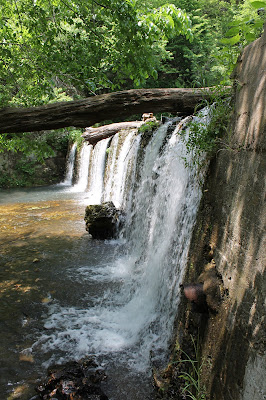 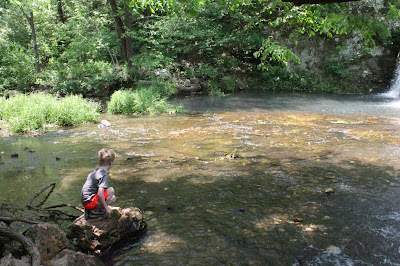 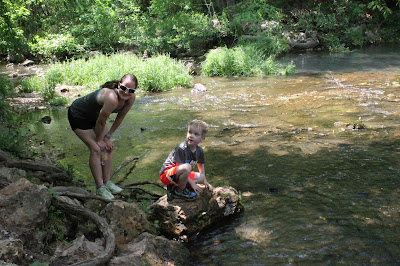 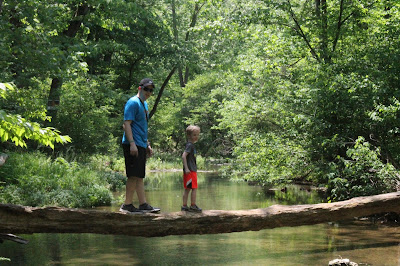 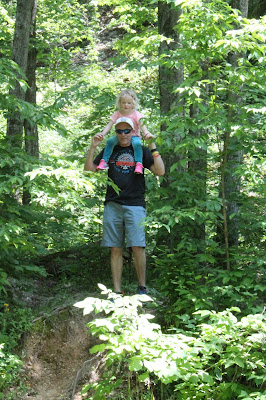 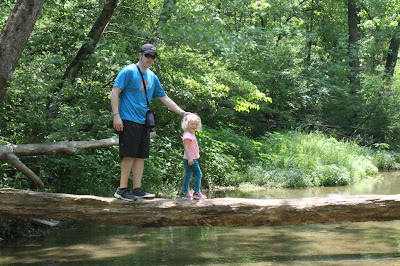 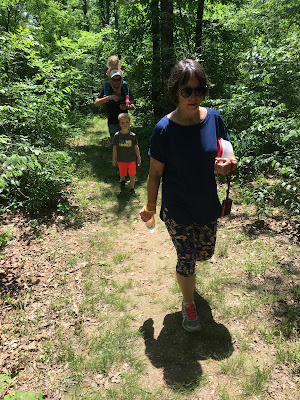 Our drive home involved lots of rolling the windows down to throw ticks out! I didn't find any on myself or the kids but dad and Thomas both found quite a few. When we got home the kids played in the backyard and Ty and dad went to the store to pick up food for a barbeque. We had grilled chicken, steak, and brats along with some sides. Partway through dinner Carter asked his Opa how to spell adults and then wrote out "No Adults" on a piece of paper. He set it up by the kids' table and told us he and Elise were having a private party, it cracked me up! I had a wonderful day and was so grateful for my mom, my mother-in-law, and the two sweeties who made me a momma! I sure am lucky to have them all in my life! 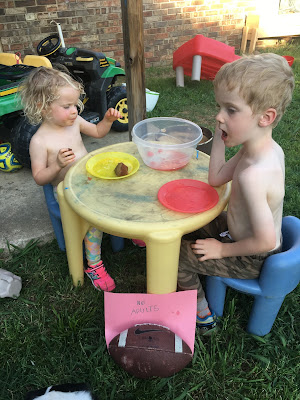 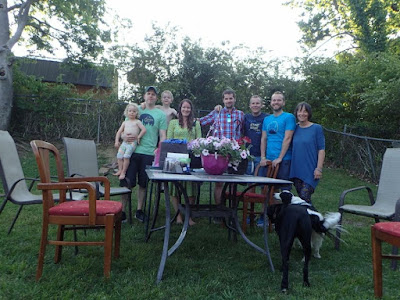 Posted by Liz Runningmomma at 11:29 AM