For the week of Thanksgiving our obvious learning theme was none other than Thanksgiving!  We read books about the first Thanksgiving and made a pilgrim hat, but for the most part our week was spent on turkeys and being thankful.

Listed below are the objectives I am focusing on for the themed weeks.  I will be updating these soon as Carter has mastered most of the skills listed below and I feel like we are ready to move on to a new set of skills.  The highlighted objectives are ones Carter received exposure to during our theme this week:
Activities/Movement: 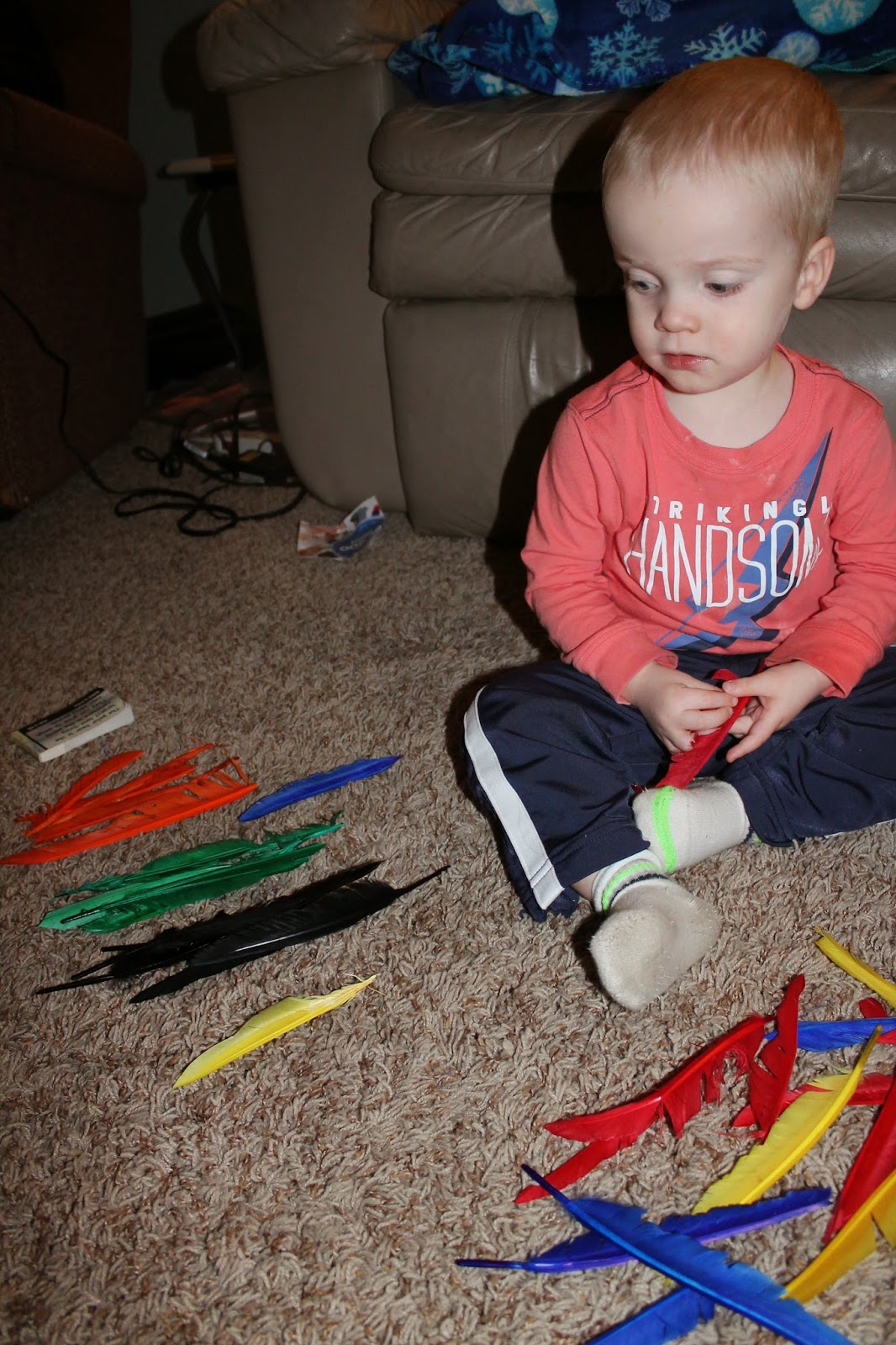 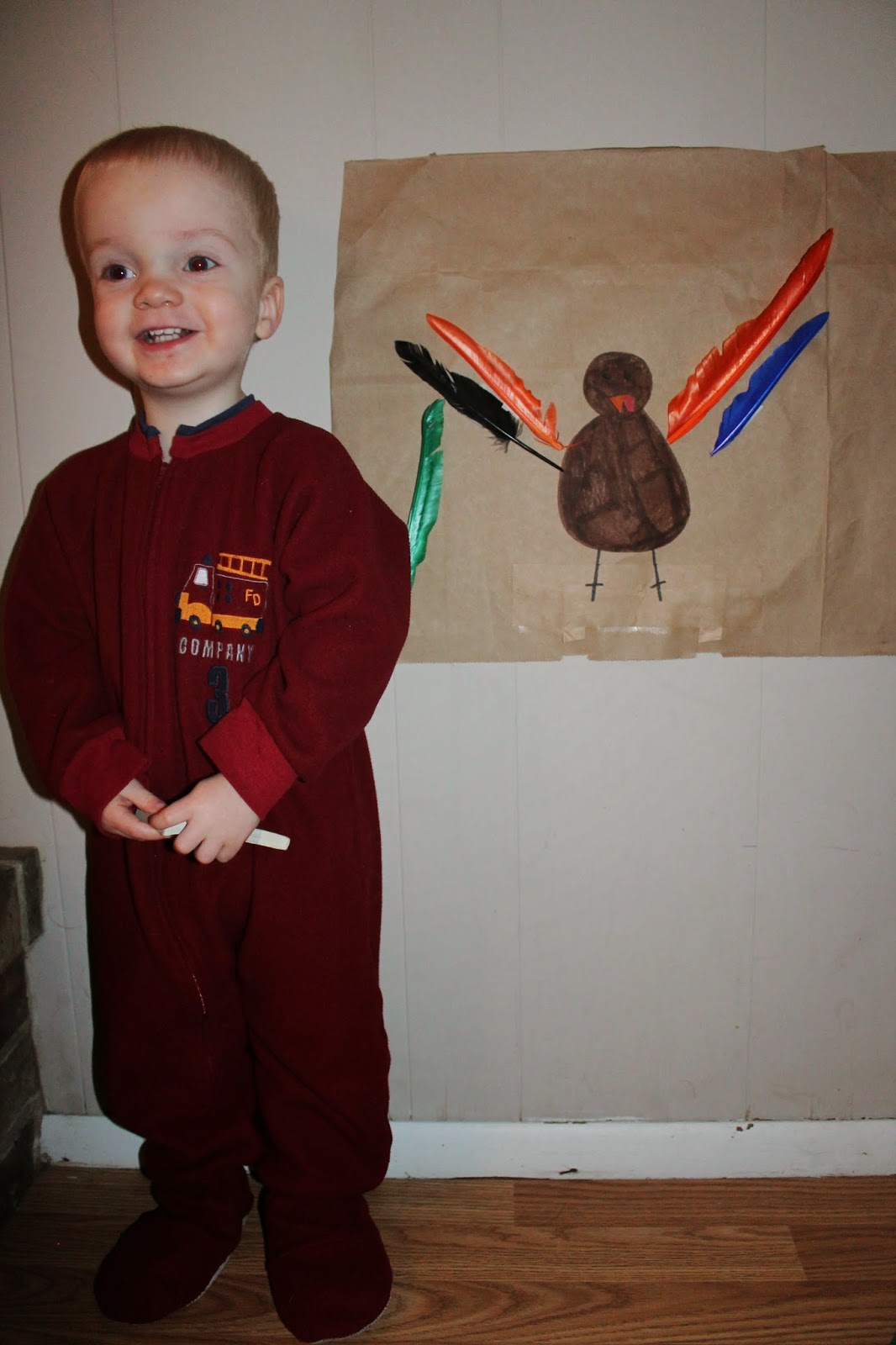 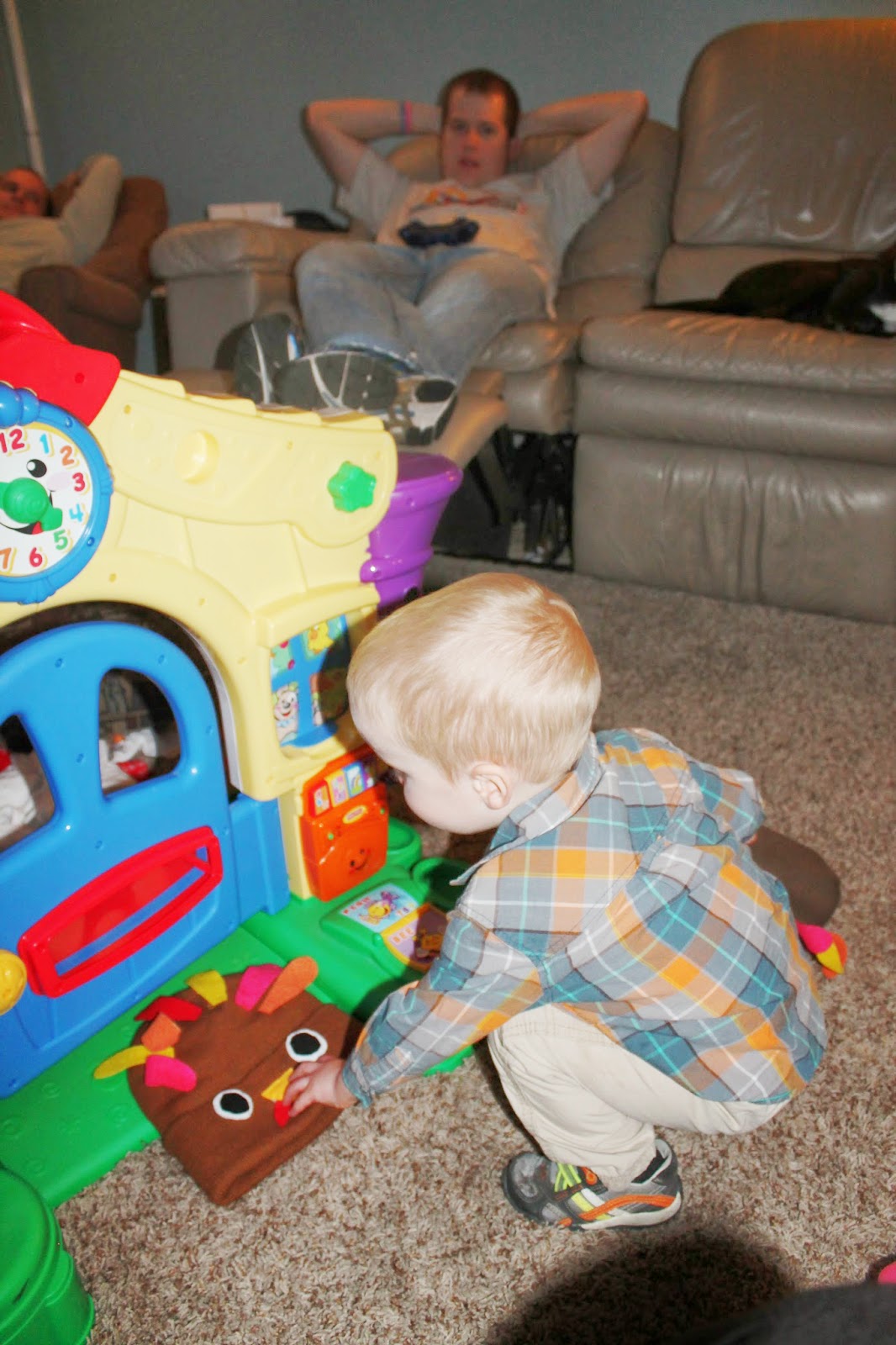 I have a turkey, big and fat.
He spreads his wings...
And walks like that.
His meal of corn he would not miss
And when he talks he sounds like this... 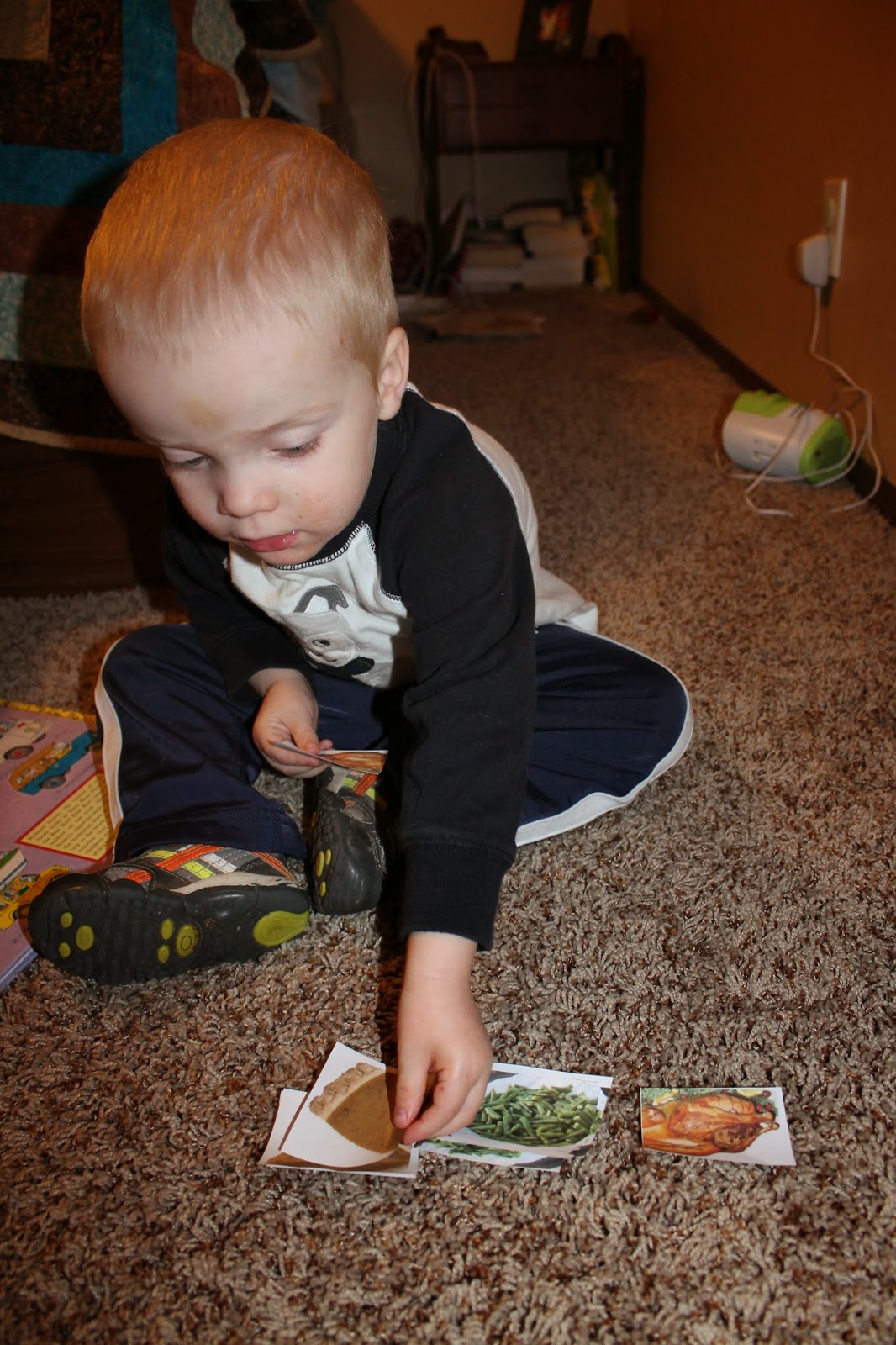 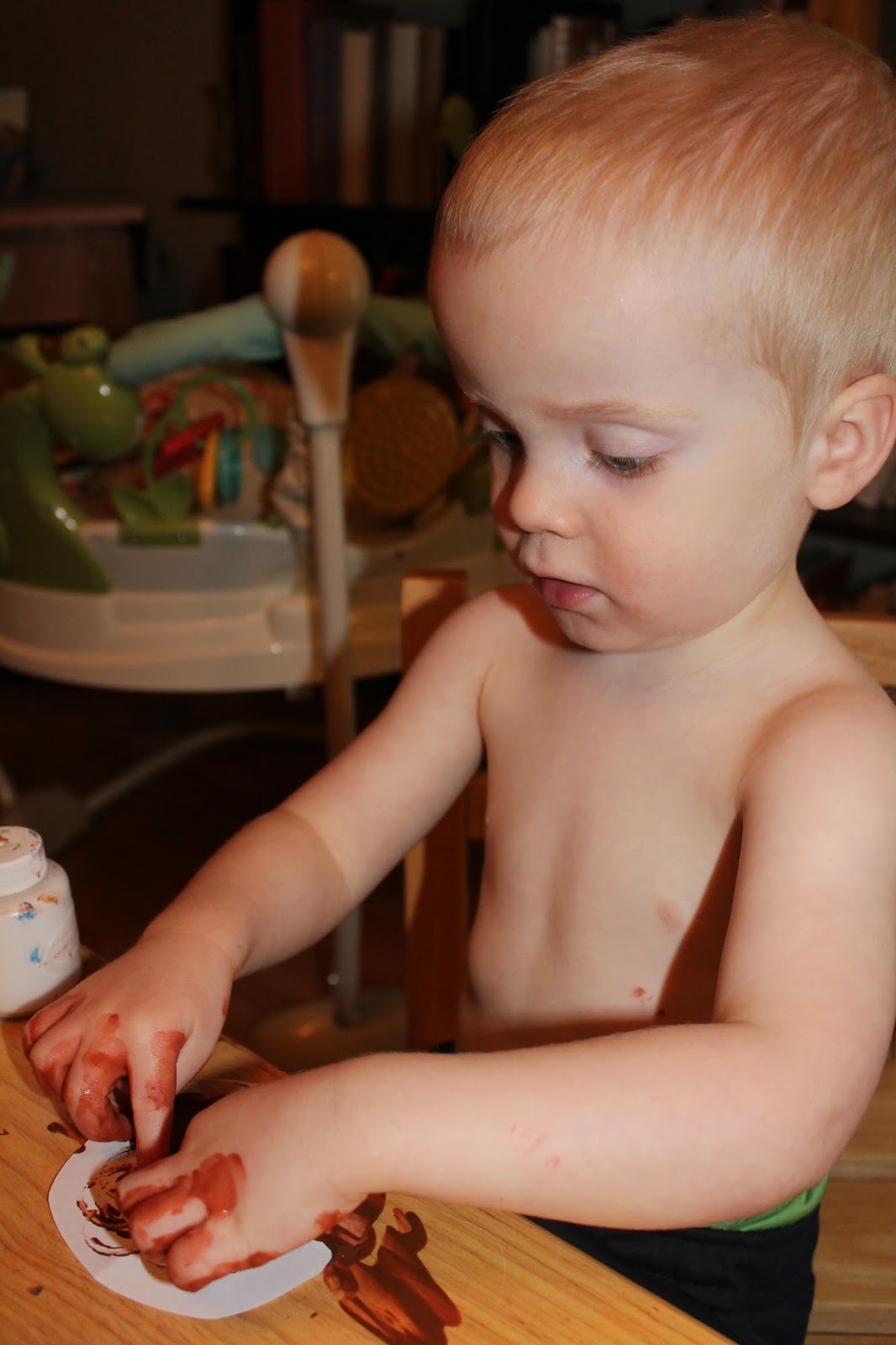 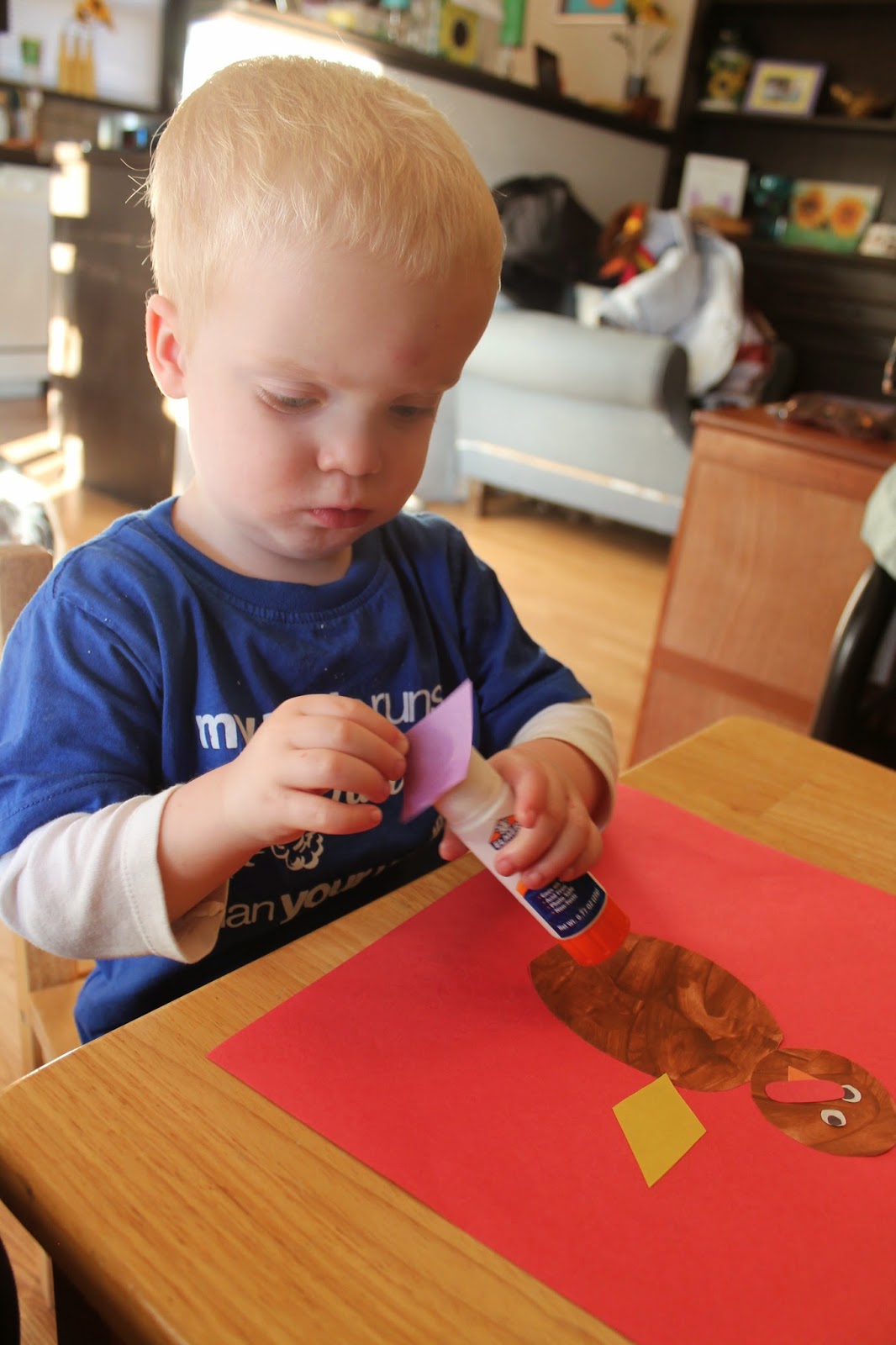 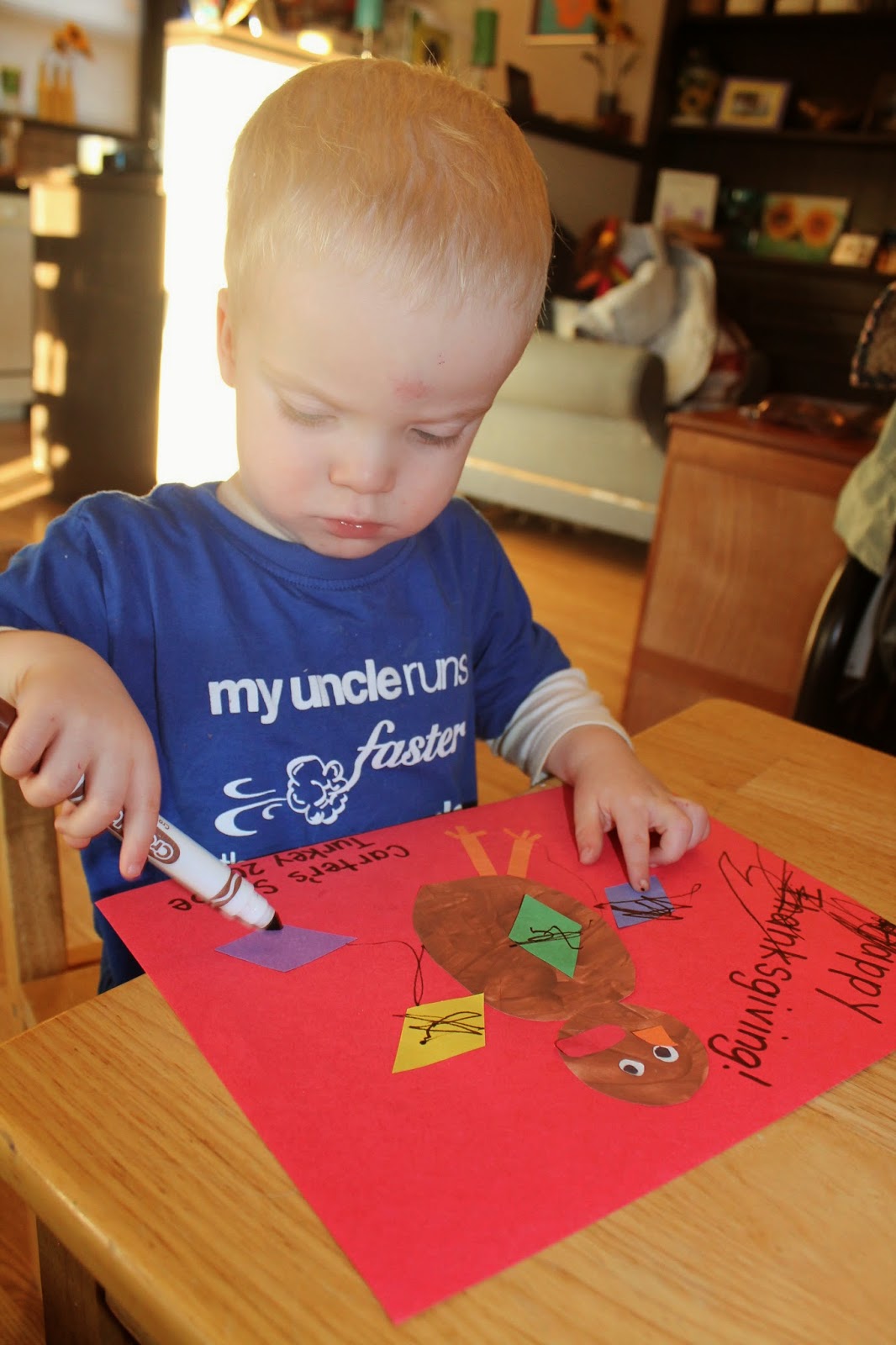 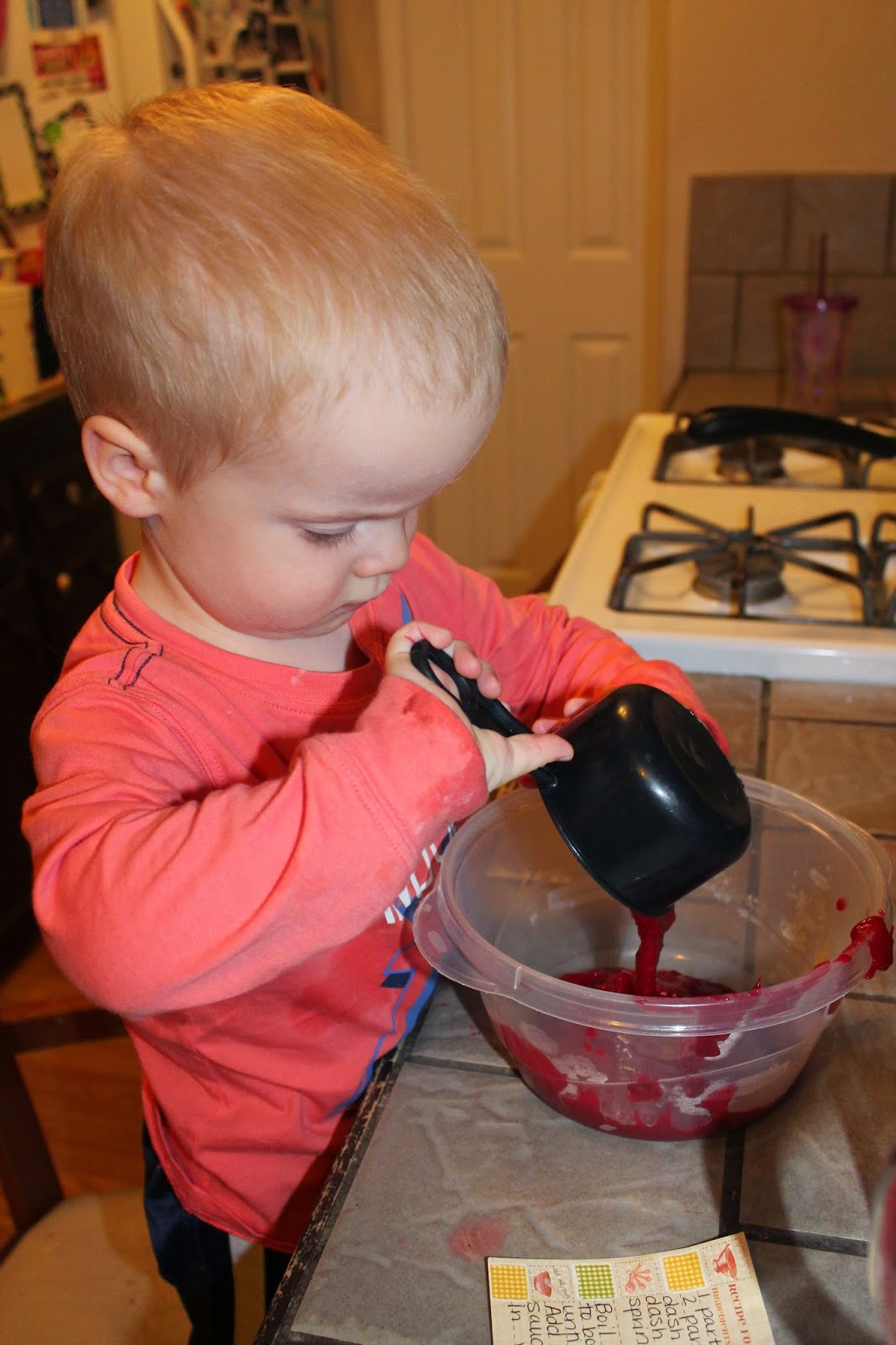 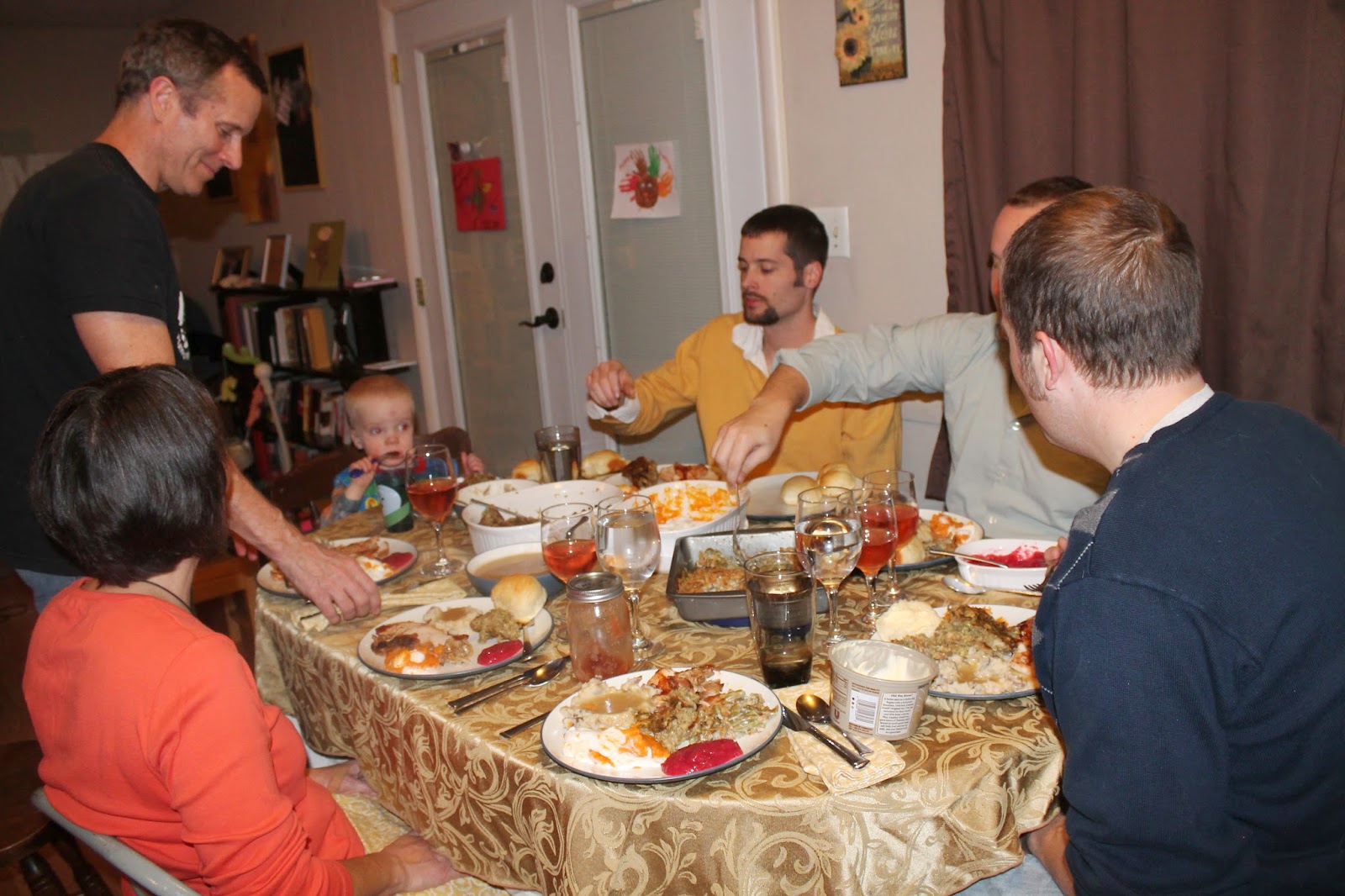 
I forgot to take a picture of all the books until today.  Ty had already put the Halloween/Thanksgiving tub back in the attic and brought down the Christmas tub per my request, so all the Thanksgiving books we own are not pictured. 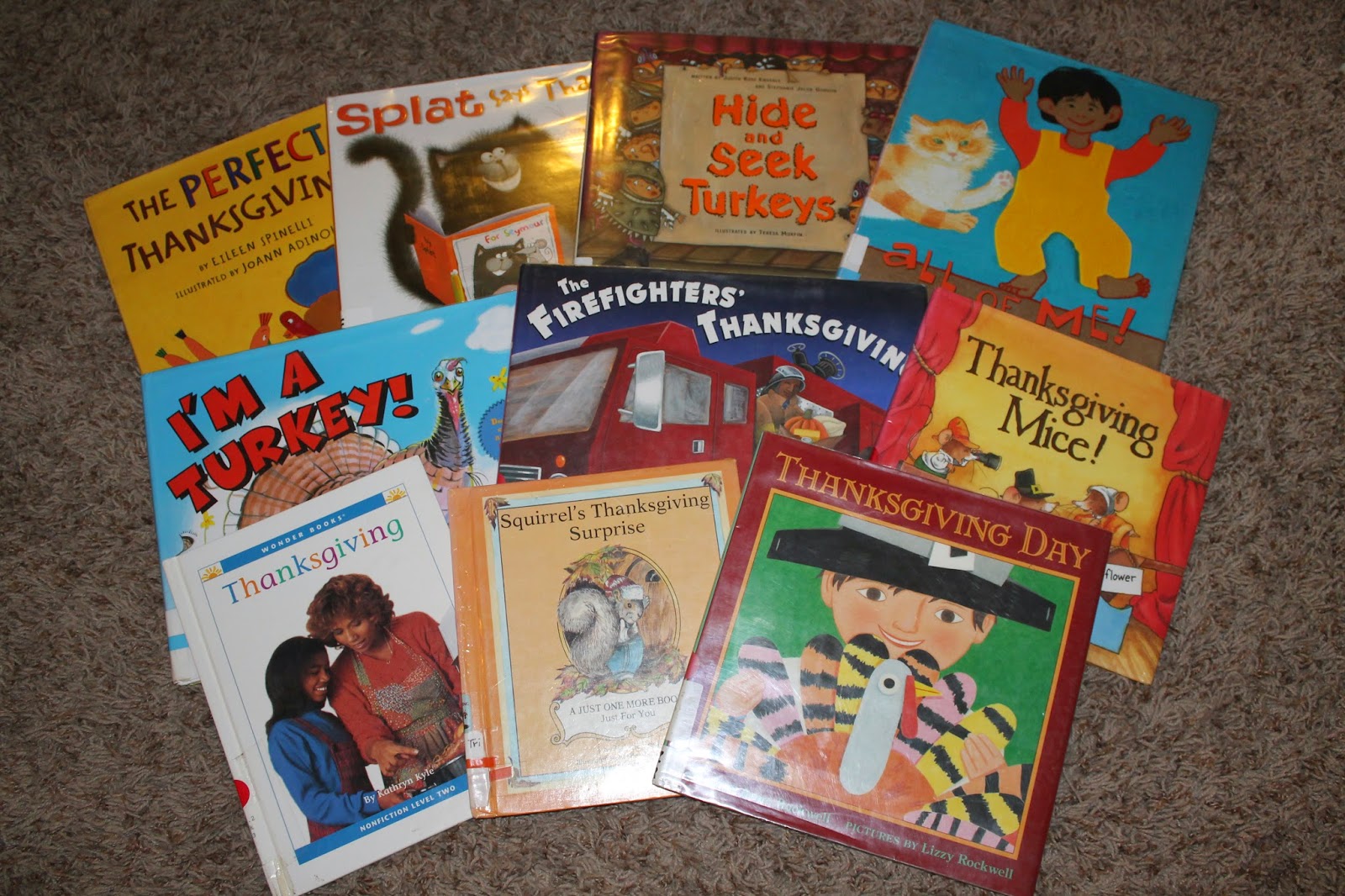 Posted by Liz Runningmomma at 12:54 PM