We prepared for Santa's arrival by making cookies on Christmas Eve.  We made the dough before Carter's nap and put it in the fridge to chill while he slept.  We then baked the cookies after he woke up and decorated them after dinner.  When it came time to set out cookies and milk for Santa, Carter very carefully selected the cookies and carried them over to the fireplace.  Then I gave him a small glass less than half full of milk to carry over and he spilled some of it as he walked so I grabbed a wash cloth to clean it up as he set the milk down.  I looked up from cleaning just in time to see him carefully pour the milk all over Santa's cookies.  Although I'm sure soggy and gross, the cookies were gone the next morning when we woke up! 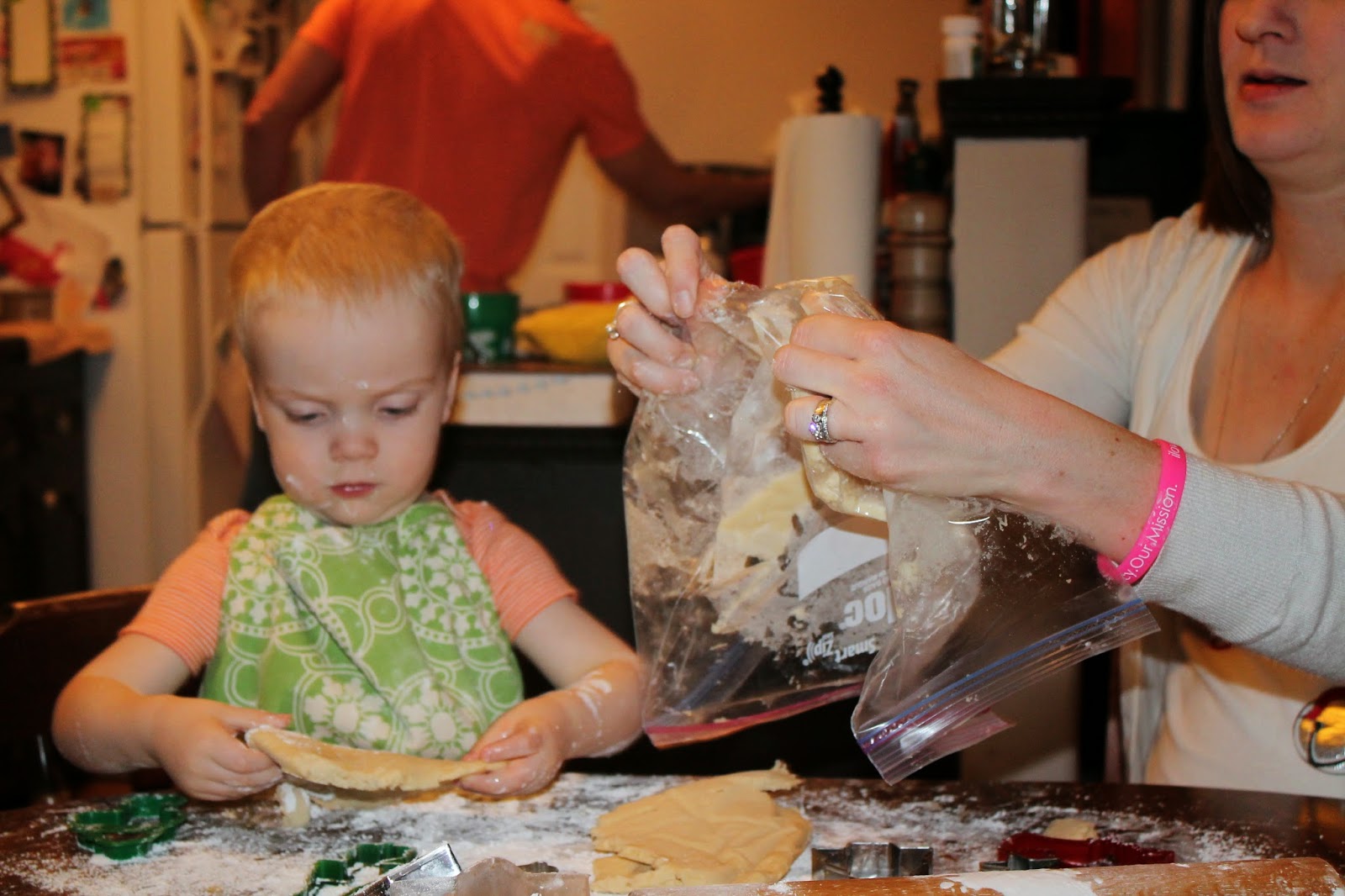 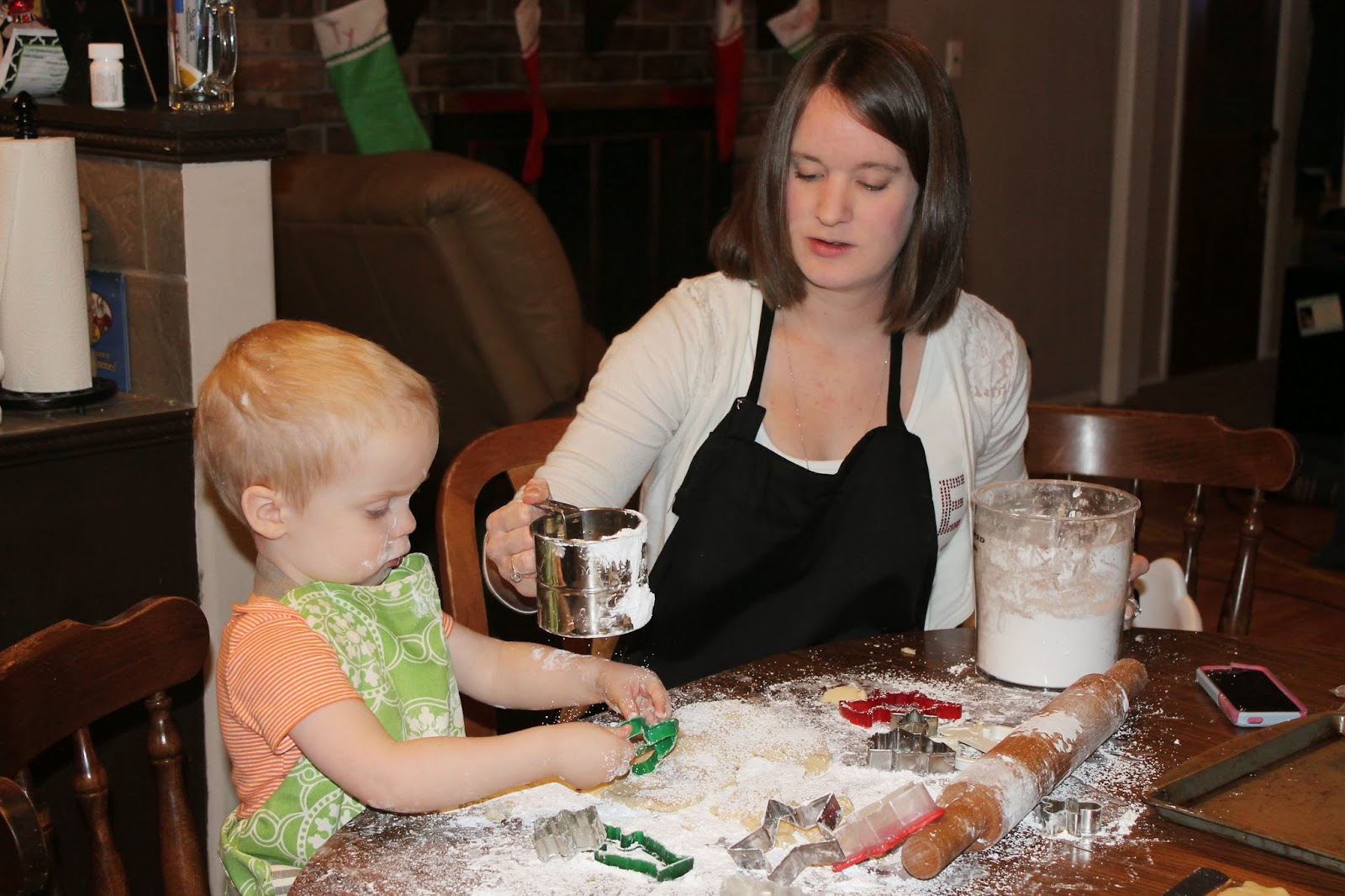 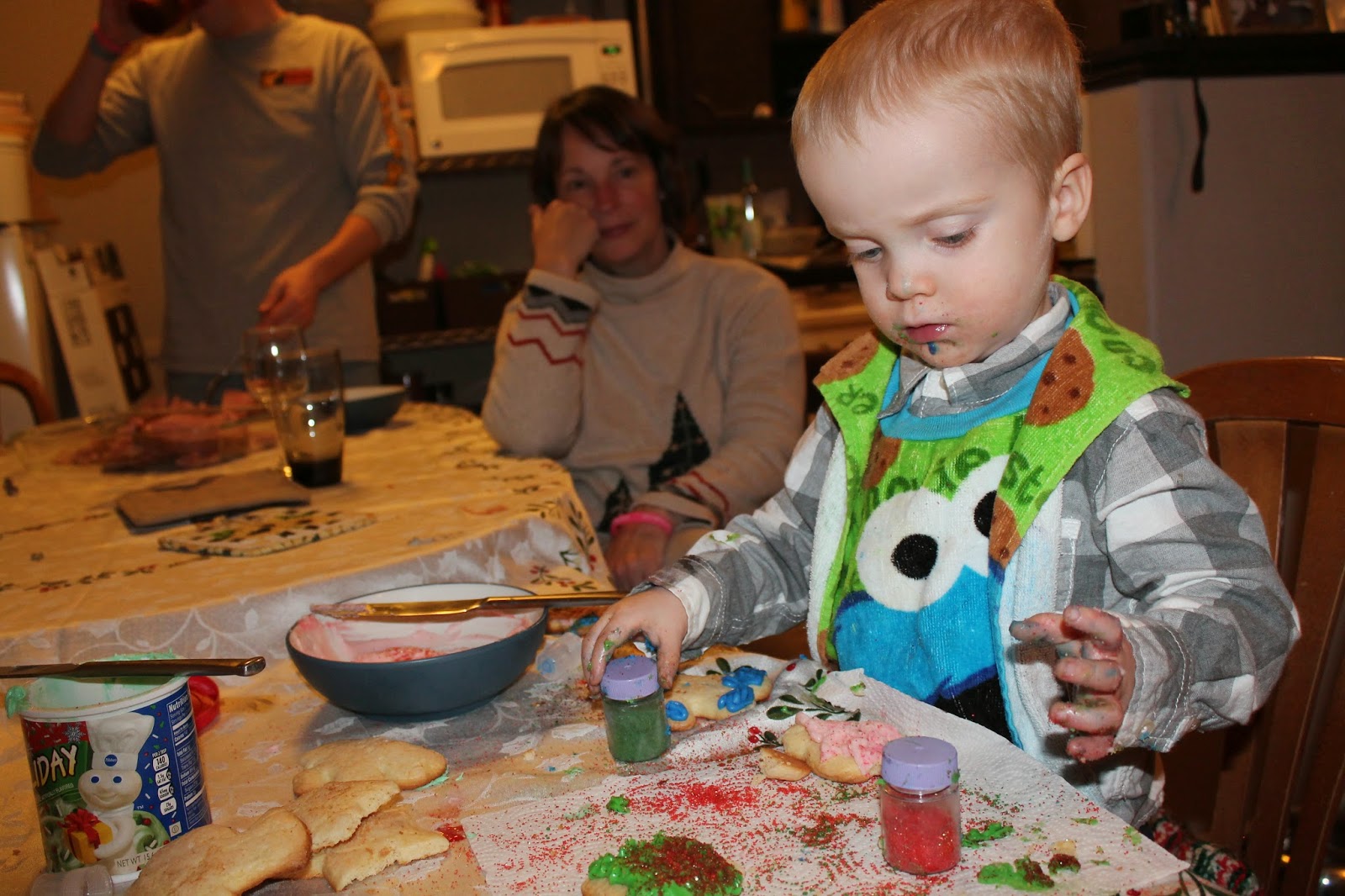 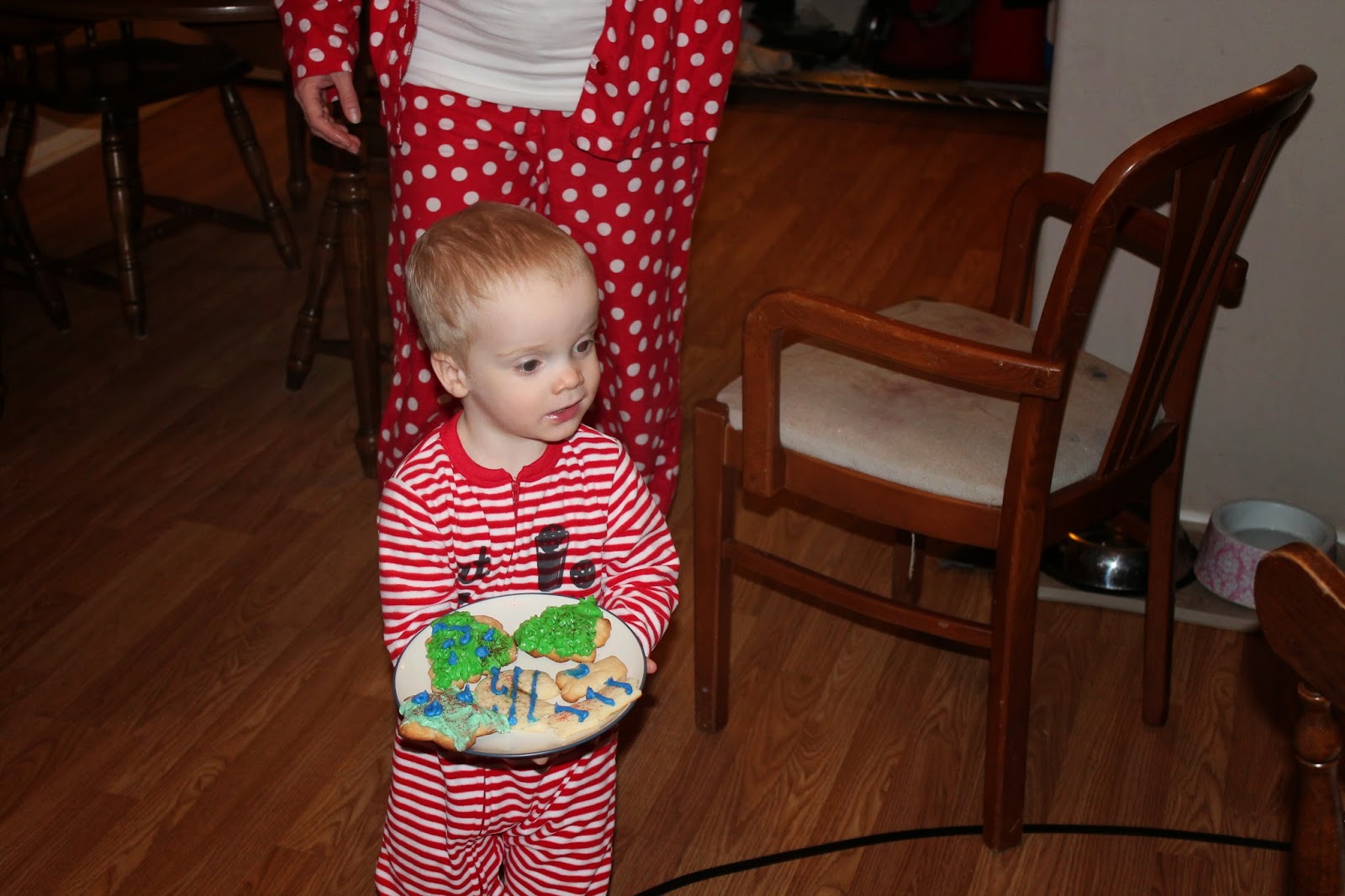 Carter woke up at 5:30 in the morning and I didn't want his crying to wake everyone else up so I went in and laid with him.  He spent the next hour rolling around the bed, playing with my hair, and not sleeping so I left around 6:30.  He started crying a little bit later so Ty went in to lay with him.  He said every time he fell asleep, he'd start to snore and Carter would wake him up by slapping him on the shoulder and saying, "No, Daddy!"  He did much better with Ty in with him and slept until 8:30 once he fell back to sleep.  I headed into the room with Carter and Ty when Carter woke up.  Carter has a small tree in his bedroom and was excited to see Santa left a couple of small presents under it.  I brought him into our room with those presents when he woke up and he read his Rudolph book while I brushed my teeth.  Then we ventured into the kitchen to wake up Oma and Opa and check out the gifts from Santa.  Santa had left gifts right in front of the fireplace just like he did at Ty's house when Ty was little.  Carter was immediately excited when he discovered his Elmo ball pit.  He climbed into it and noticed it was up off that ground.  That's when he realized it was sitting on top of a trampoline!  He couldn't decide which gift he enjoyed more and would jump on the trampoline, slide off into the ball pit, play with balls, and then climb back onto the trampoline to jump.  I had texted Uncie Jeremy when Carter woke up and he arrived while Carter played with his big Santa gifts.  Uncie Taco spent the night at our house and came in to watch Carter play.

Next Carter checked his stocking and each thing he pulled out of it he wanted to play with right away.  Once he started opening presents he would stop between each present to play with it for a while or to read it if it was a book.  It was so cute!  Santa brought a stocking for Elise and Carter wanted to put on a pair of socks that were left for Elise.  It was crazy to put them up to his foot and notice they were about the size of his big toe!  After a while he was overwhelmed with all the presents and had so many toys to play with.  He decided to head into the living room and play on the train table while the rest of us opened presents.  We finished just in time for lunch and then Carter went down for a nap with a decent pile of presents leftover to open in the afternoon.
While Carter napped my mom, dad, and Jeremy headed out to run.  I took a short little 20 minute nap and then met them out at the trails for a run.  The temperature was 58 degrees so I ran in shorts and my Jingle Bellies tank top to run on Christmas. It was amazing!  I had time to take a quick shower when we got home and Carter was awake when I got out.  He played more with all of his toys and then opened the rest of his presents.  It was so much fun watching him enjoy his presents.  Bathtime was also a treat as he had new tub crayons to draw with and a bubble blower.  Little man was so tired from his exciting day he fell asleep almost immediately.  Once Carter was down for the night we played games and enjoyed talking and laughing.  It was a wonderful Christmas and we are excited for our 2nd Christmas with Ty's family!  Read about last year's Christmas here. 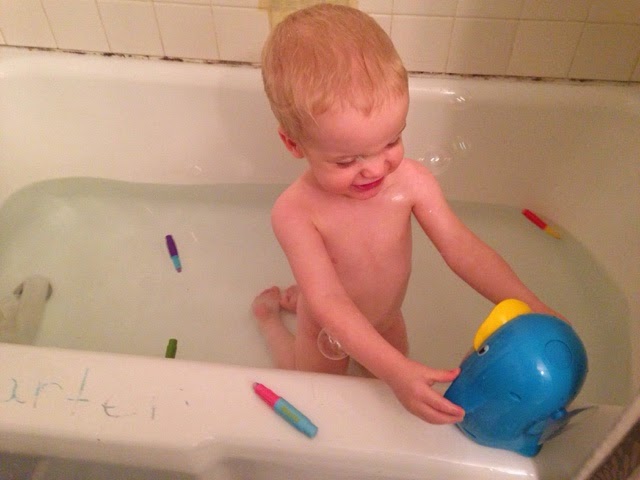 Posted by Liz Runningmomma at 10:41 AM