What the Kids Say About their Opa

With Father's Day coming up, I asked the kids questions about their dad and their grandpas. Last year was the first year I added in the grandpas. Read Carter's answers from last year here. It's so much fun now that Elise is able to participate in the interviews with us! Here are the kids' answers at 5.5 years old (Carter) and just over 3 years old (Elise): 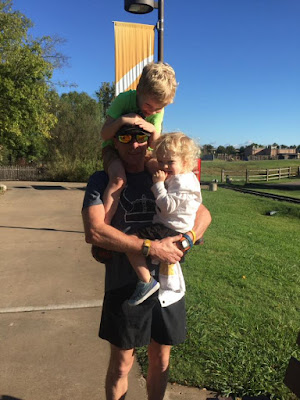 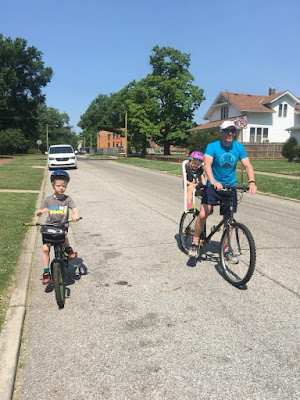 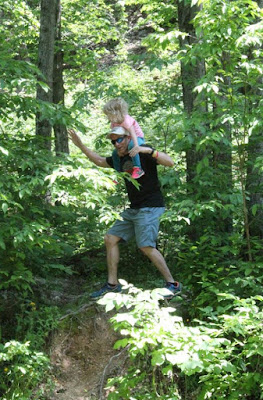 What is something Opa always says to you?
Carter: Good job, Carter!
Elise: Leese!

What makes your Opa happy?
Carter: Riding my bike with him.
Elise: Kisses

What makes your Opa sad?
Carter: When I get hurt.
Elise: What makes my Opa sad? How somethin make Opa sad?!

How does your Opa make you laugh?
Carter: By doing funny things like pretending that he's froze up.
Elise: Say, muwah (then she made a funny face).

What was your Opa like as a child?
Carter: He liked getting slushees.
Elise: I like meet him when he a little kid. He eats a lot to get big.

What is your Opa's favorite thing to do?
Carter: Play with me.
Elise: Carter, he likes Carter.

What does your Opa do when you're not around?
Carter: Work
Elise: He says bad words he can't say when he sees me. He goes driving and sneaks by my back.

If your Opa becomes famous, what will it be for?
Carter: Going to schools and working.
Elise: His birthday.

What is your Opa really good at?
Carter: Climbing
Elise: Drivin

What is your Opa not very good at?
Carter: Skipping
Elise: Being not good at driving

What does your Opa do for a job?
Carter: He works, he teaches class.
Elise: I don't know.

What is your Opa's favorite food?
Carter: Fish
Elise: Umm, mac and cheese!!!!!

What makes you proud of your Opa?
Carter: When he gives me stuff.
Elise: Mac and cheese

If your Opa were a character who would he be?
Carter: Curious George because he's so silly.
Elise: Opa because he likes to be Opa.

What do you and your Opa do together?
Carter: Play
Elise: Play

How are you and your Opa the same?
Carter: We have the same color skin.
Elise: We both clap, he did that!

How are you and your Opa different?
Carter: We don't have the same kind of hair.
Elise: I clapping now, he not.

How do you know your Opa loves you?
Carter: He loves me, I just know.
Elise: Because Oma's here.

What does your Opa like most about you?
Carter: My whole body.
Elise: I don't know.

Where is your Opa's favorite place to go?
Carter: To McDonald's
Elise: McAlister's

How old was your Opa when you were born?
Carter: 5
Elise: 2 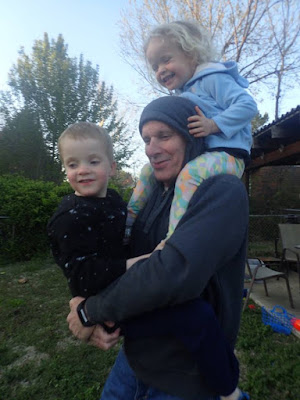 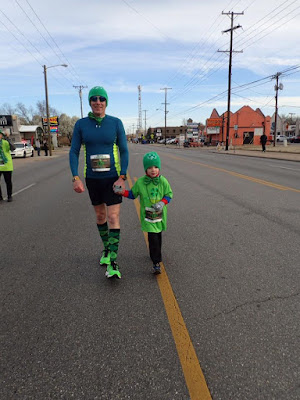 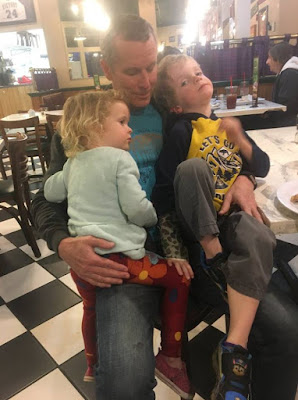 Posted by Liz Runningmomma at 12:12 PM