What the Kids Say About Gpa

With Father's Day coming up, I asked the kids questions about their dad and their grandpas. Last year was the first year I added in the grandpas. Read Carter's answers about his Gpa from last year here. It's so much fun now that Elise is able to participate in the interviews with us! Here are the kids' answers at 5.5 years (Carter) and just over 3 years (Elise): 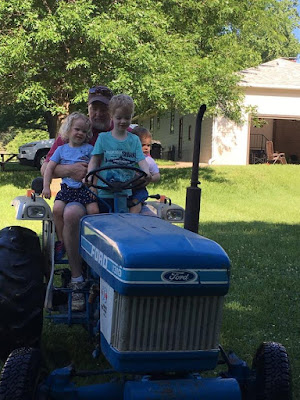 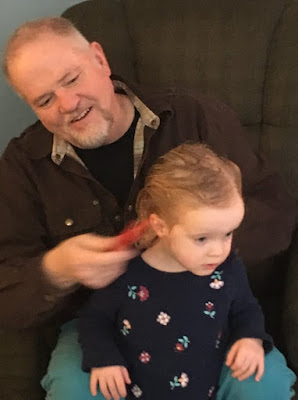 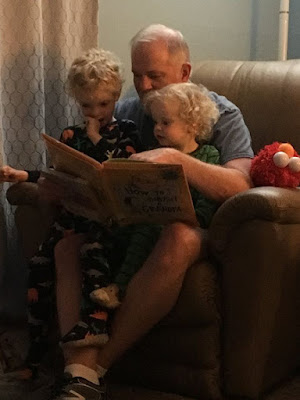 What is something Gpa always says to you?
Carter: Nothing
Elise: I want Gma.

What makes your Gpa happy?
Carter: Me being a big boy and cleaning up my toys.
Elise: Mac and cheese

What makes your Gpa sad?
Carter: When I don't pick up my toys.
Elise: When I burp in his face.

How does your Gpa make you laugh?
Carter: He works hard.
Elise: Tickles me.

What was your Gpa like as a child?
Carter: He had monster toys.
Elise: He was 6.

How tall is your Gpa?
Carter: 8 pounds
Elise: 3, like this tall and made a circle with her hands over her head.

What is your Gpa's favorite thing to do?
Carter: Play with me.
Elise: Eat mac and cheese.

What does your Gpa do when you're not around?
Carter: He works in the yard.
Elise: I don't know.

If your Gpa becomes famous, what will it be for?
Carter: Working hard.
Elise: For Leesey Kay Cox.

What is your Gpa really good at?
Carter: Mowing
Elise: Fishing

What is your Gpa not very good at?
Carter: Making pudding.
Elise: At eating all the mac and cheese.

What does your Gpa do for a job?
Carter: He gets money.
Elise: I don't know.

What is your Gpa's favorite food?
Carter: Yogurt
Elise: Mac and cheese

What makes you proud of your Gpa?
Carter: By doing a good job and listening.
Elise: Chicken

What do you and your Gpa do together?
Carter: We play together and we make Legos together.
Elise: Go round to the park.

How are you and your Gpa the same?
Carter: We both have light hair.
Elise: Carter is black and I'm yellow and Gpa's yellow.

How are you and your Gpa different?
Carter: We don't have the same color eyes.
Elise: Carter is different from us.

How do you know your Gpa loves you?
Carter: Because he plays with me.
Elise: Because he tickles.

What does your Gpa like most about you?
Carter: Everything
Elise: Eating mac and cheese.

Where is your Gpa's favorite place to go?
Carter: To Skyzone when he's at my house visiting.
Elise: McAlister's

How old was your Gpa when you were born?
Carter: 61
Elise: I don't know! 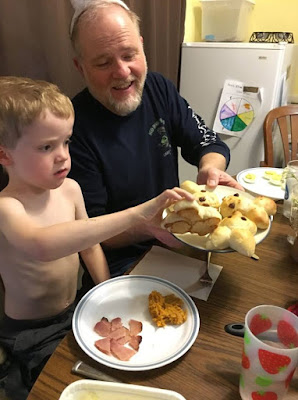 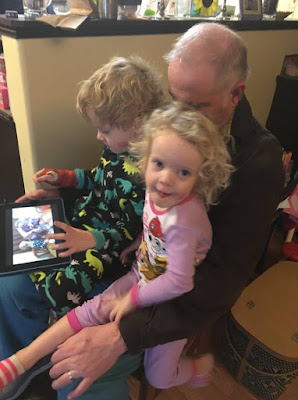 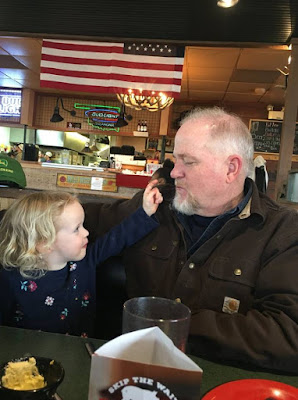 Posted by Liz Runningmomma at 6:15 PM