We've done a weekly learning theme on Thanksgiving each year since we started doing learning themes and we always enjoy it. I really like doing holiday themed weeks. It really builds the excitement and anticipation for the holiday. Read last year's Thanksgiving Learning Theme here, 2015's here, and 2014's here. One of my favorite things about recurring learning themes that we do each year is taking activities from the past years and adapting theme to meet Carter's needs now. I also enjoy doing the same things with Elise that I did with Carter at her age and seeing their unique differences with how they tackle activities and with what they enjoy the most. 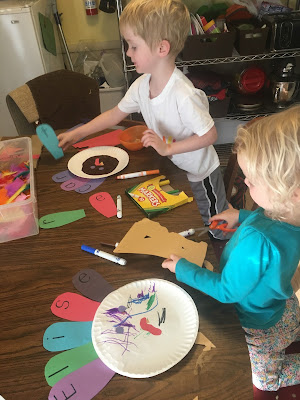 Posted by Liz Runningmomma at 12:08 PM