The past 3 years we've run a 5k called The Twilight Thriller near my parents' house.  So far every year we've run, Ty has won the costume contest.  The first year he ran solo as a lawn gnome.  Last year he turned the stroller into a plane while dressing himself and Carter up as pilots.  This year he decided to turn the stroller into a train and dress them up as engineers.  In order to get Carter pumped up for the race I decided to focus our learning on trains the week beforehand.  It definitely worked because he was jacked up about trains, choo chooing everywhere we went and saying "train" very distinctly.

Listed below are the objectives I am focusing on for the themed weeks.  The highlighted objectives are ones Carter received exposure to during our theme this week:
Activities/Movement:
Craft: 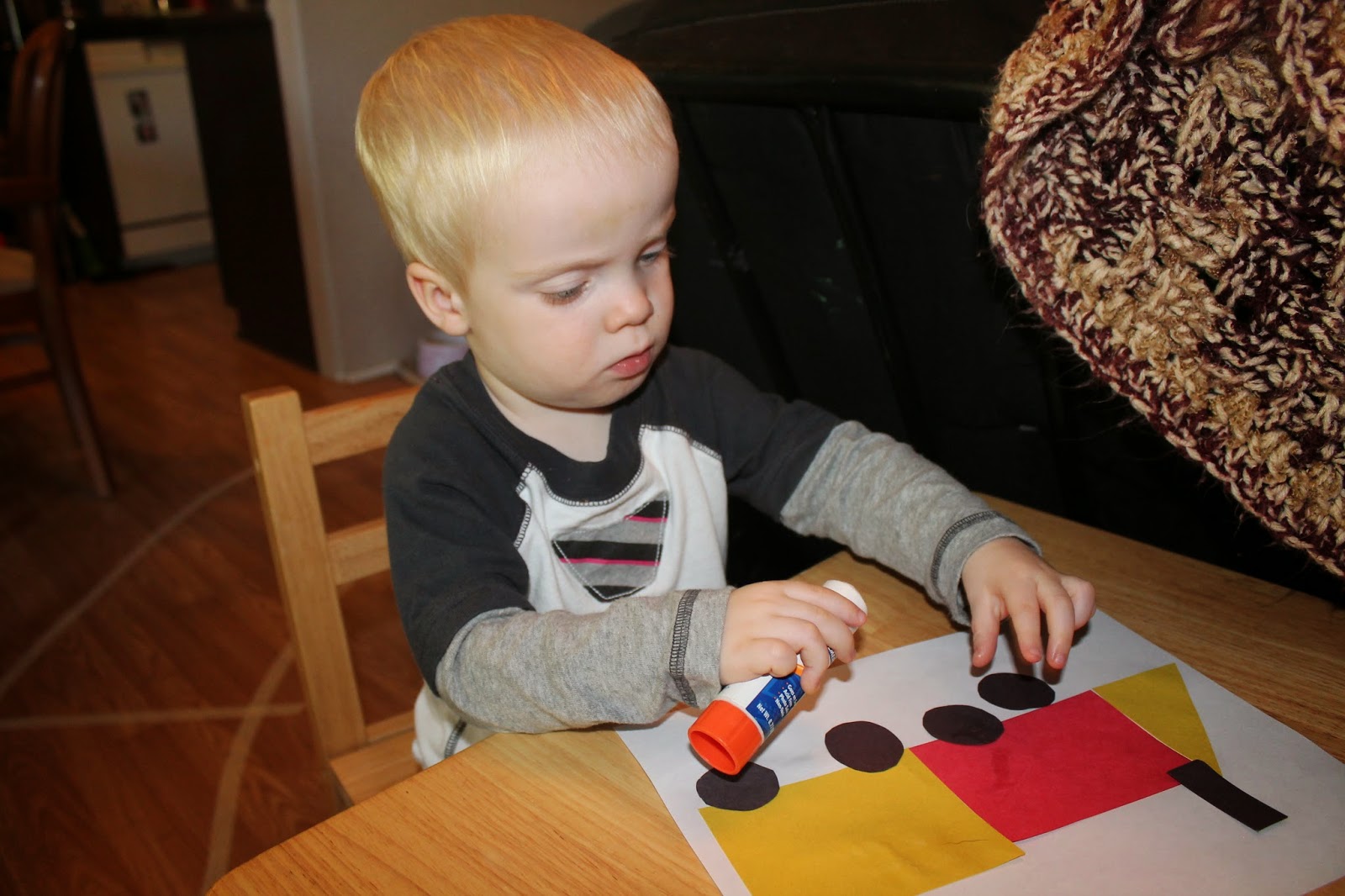 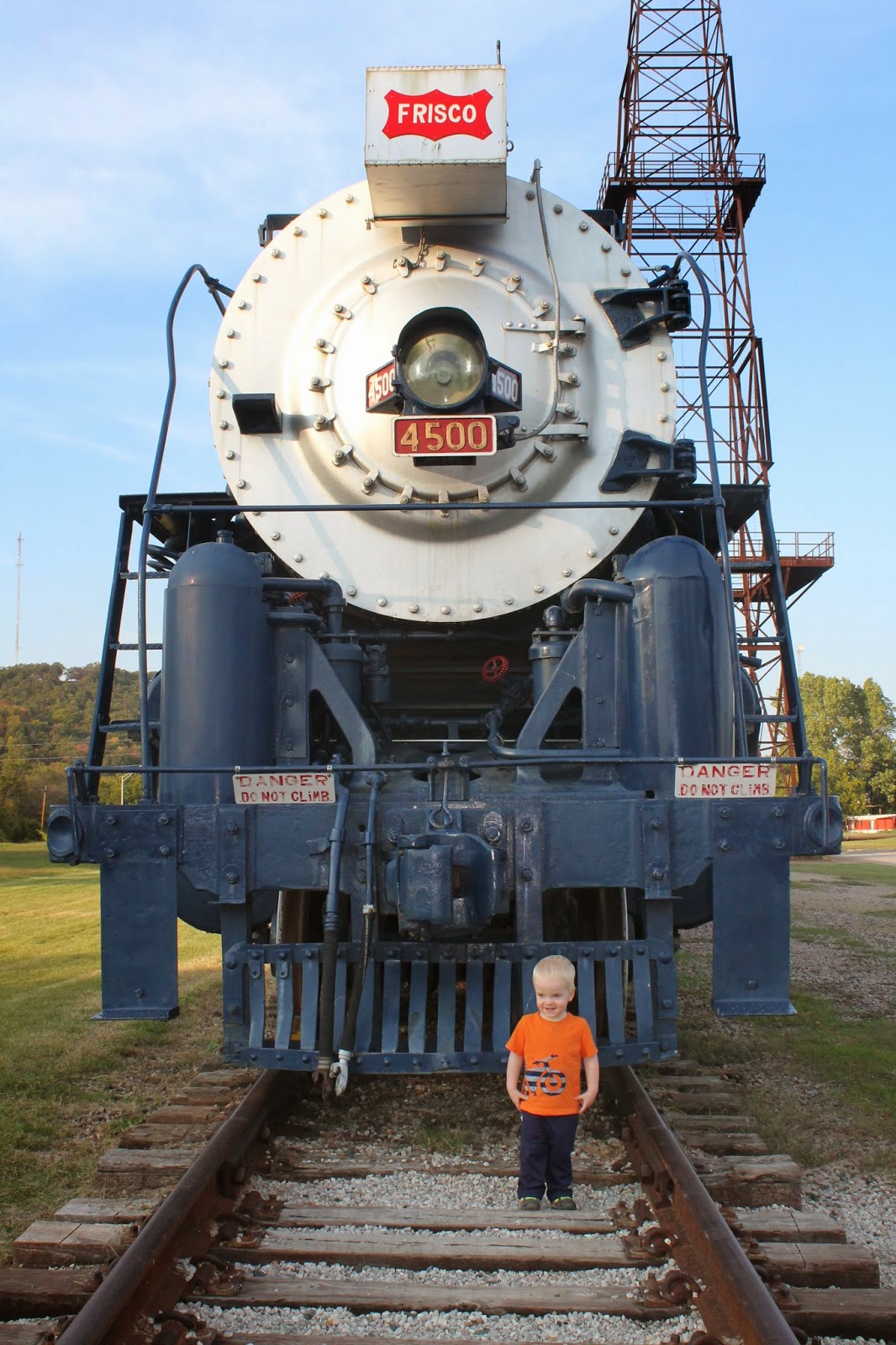 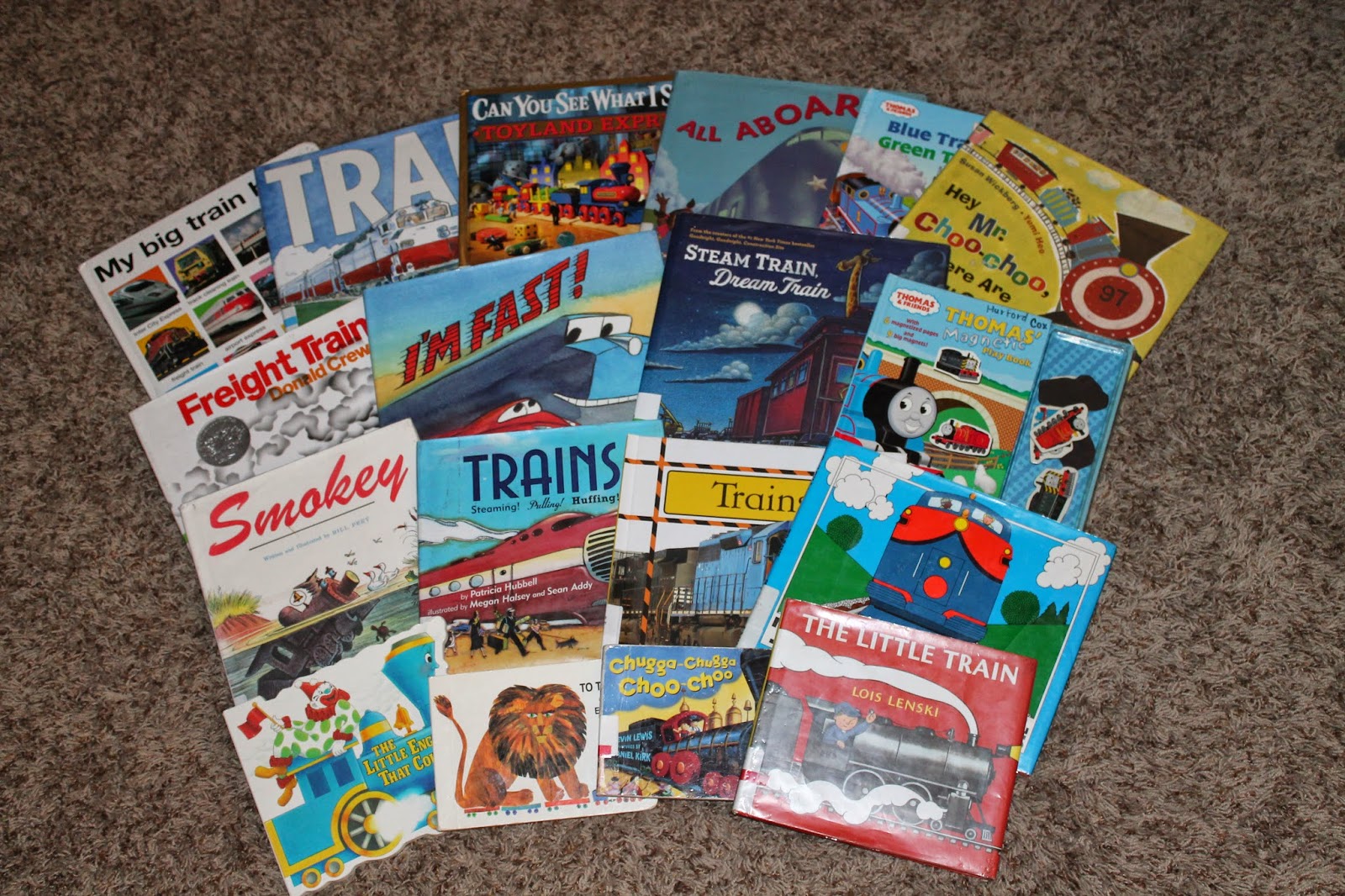 Carter loved the train books that had a lot of sounds in them.  The favorites were "All Aboard", "Chugga Chugga Choo Choo", and "I'm Fast!".  I was surprised when we read "Smokey" by Bill Peet because it was on multiple preschool train book lists and I felt it was racist toward Native Americans in the way they were portrayed in the small section of the book they were in.  I would leave it off the list in the future and thought about omitting it all together, but wanted to at least document we'd read it so I didn't forget what it was like.
Posted by Liz Runningmomma at 11:05 AM