Carter's class was learning about spring and part of that theme was learning about life cycles. They focused pretty heavily on insects and Carter became fascinated with bees. He came home asking me lots of questions about them and telling me what he knew. When I asked him if he'd like to do a learning theme on bees, he got really excited. I planned out the learning theme and we got started on it. Then we found out that he would also be spending that week talking more about bees at school. It was pretty cool that he was learning about the same topic at school that he was learning about at home. He really enjoyed that. This learning theme was one of my favorites we have done. Carter was really excited to learn about bees and I learned a lot during the learning theme as well. I think because I just had a basic understanding of bees and didn't know their life styles in depth, it was a fascinating learning theme for me. I even ended up reading an adult chapter book on bees on my own time. It was also fun because Carter became very concerned about bees and felt called to action. I related back to a book we had read about some students saving sea turtles and we came up with plans to help save honeybees which we were able to put into action. 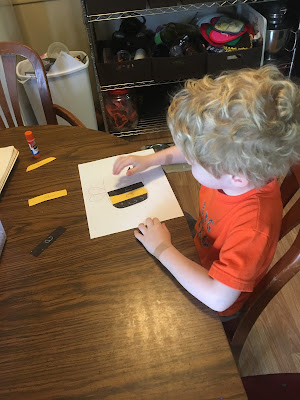 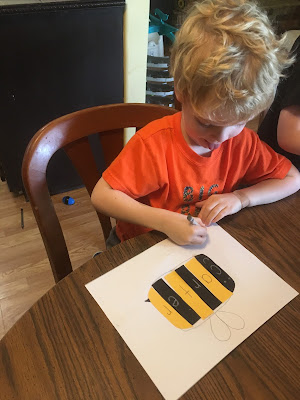 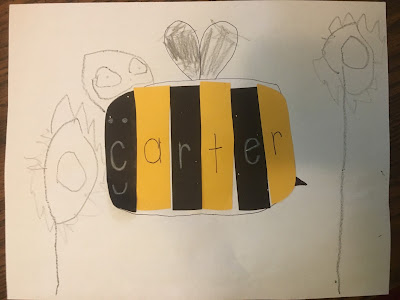 Posted by Liz Runningmomma at 12:41 PM