Halloween is always a fun learning theme. I have so much awesome Halloween-themed stuff from the Dollar Tree and the Target dollar spot. It's so exciting to get it all out and find new and fun ways to use the materials to learn and review concepts. Carter wanted to decorate for Halloween really early this year and we let him. But it was so hard for me to hold off on a Halloween learning theme with all my fun materials out where I could get to them. I did though and was very proud of myself! Read last year's learning theme here, 2015's here, and 2014's here. 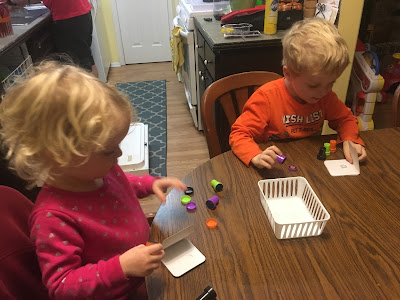 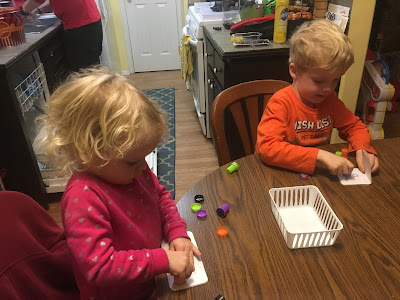