As the solar eclipse approached I started getting really excited about sharing the experience with the kids. I decided a couple weeks out from the eclipse to do a learning theme leading up to the solar eclipse. I already had a few ideas written down for a sun and shadow learning theme so I decided to use those plans and expand upon them to include the moon and the solar eclipse. It worked out great and was a lot of fun. Carter really enjoyed learning about shadows. All the frontloading about the sun, shadows, and the eclipse got him really excited for the eclipse. I loved that he was so interested and had a blast watching the eclipse with his special glasses. It was wonderful to see his expression the first time he saw the sun partially covered by the moon. 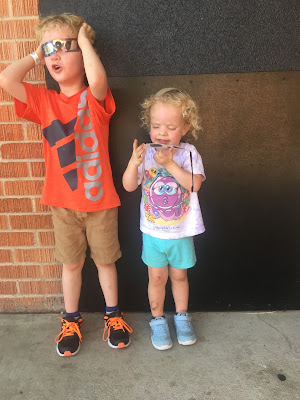 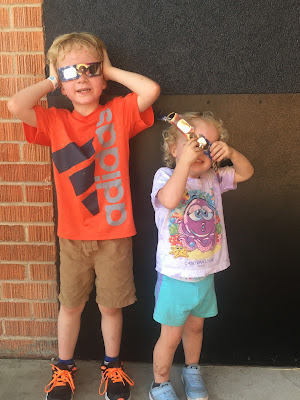 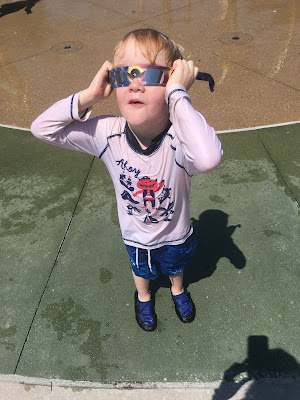 Posted by Liz Runningmomma at 3:48 PM