A while back I created a learning theme about maps because Carter was so interested in them. He kept requesting different learning themes so I didn't have a free week to do this theme. Then Carter came across a book of maps I had in the car and he was off on a tangent about maps again. I tweaked some of the activities I had already planned and added some others and we were off. We had so much fun with this learning theme! Maps was a concept we taught in 2nd grade so I was able to take what I knew Carter would need to know about maps in the future and introduce him to some of those key concepts. I made sure to talk a lot about the map key. We also explored different kinds of maps as well as cardinal directions. Carter really enjoyed talking about north, south, east, and west when we were out and about. 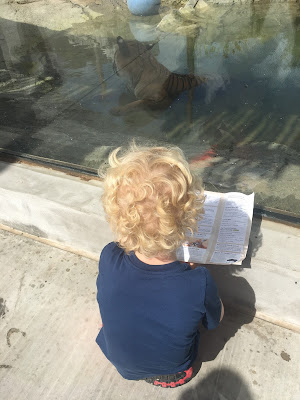 Posted by Liz Runningmomma at 7:05 PM