Weekly Learning Theme: The World Around Us

The We started a weekly learning theme about the world around us way back in April for Earth Day (read about last year's Earth Day learning theme here) but I just wasn't feeling it. I wasn't finding the motivation to request books at the library or carve out time in our day to do the planned activities, so I didn't. At first I thought maybe I just wasn't super interested in the topic so I asked Carter what he wanted to learn about. To which he normally responds with some random topic and we venture into learning about it. This time he said, "NOTHING! I don't want to learn about anything right now!!!" So I decided we needed to take a break from learning themes until we were both excited about them again. It's only fun to forge together learning about a topic when we are all excited about it. When we aren't excited it feels forced and like a waste of time. There are so many teachable moments in our days that learning themes aren't really necessary. We just do them because I enjoy planning themes and it helps me make sure I change up activities and expose Carter and Elise to lots of different topics and materials. So now here we are about 2 months later and I found myself itching to take on a new learning theme. I guess we just needed a little "summer break" early. So I went ahead and finished up this theme before moving on to a new one. This time around we loved it which solidified for me that we had needed a break. 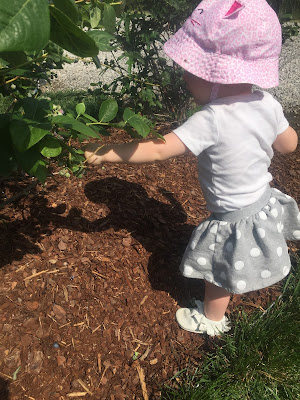 I'm going to be perfectly honest here, I didn't feel like requesting a bunch of books like we normally do. For this learning theme we just stuck with books we owned at home and a few others we found while browsing that fell under this theme. I know there are way more really awesome books about nature out there, I just wasn't in the mood to find them.

Posted by Liz Runningmomma at 1:04 PM