Elise started with gymnastics in June 2018 so she's been in it for almost a year. For their last class of the school session they gave out awards and let parents come into the class to observe. I have been so impressed with how much she's learned in gymnastics. Seeing it up close and personal was so much fun! Her Wednesday night class was cancelled due to storms rolling through with the potential for tornadoes and I was really disappointed but they gave us the option of joining a Thursday class to make it up. I was so glad because it was just adorable to watch! We were leaving straight from gymnastics to visit Gma and Gpa. Her Oma and Opa were dropping their dogs off before their trip to Mexico so they made it in time to watch her. She yelled out during class, "My grandma and grandpa are here! After this I get to go to my Gma and Gpa's!" It was so cute! 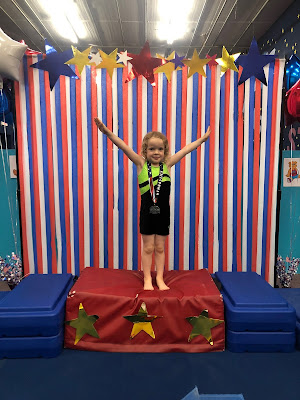 Elise's teacher talked us through some of what they were doing and told us what skills they were working on and what that would help them do as they moved up. There were a couple times when her teacher pointed Elise out and told the other kids to watch her do something. She also told us that Elise is really good at the vault and she was! We were so impressed. Some of the other kids in the class skipped past that and you could tell they were scared to do it. Elise loved it and you could tell it was her favorite thing because she just kept going back to do it over and over. I have loved her being in gymnastics and seeing her grow in her abilities as well as her confidence. I've joked that gymnastics has just given her more confidence to do dangerous things but I really do think it has been great for her! We put her in gymnastics because she is so strong and seemed like she would be good at it and she definitely is! It will be fun to see where it takes her whether she decides to stick with it and get competitive or whether it's just something she has fun doing now and will discontinue as she gets older and finds something else she's more interested in. 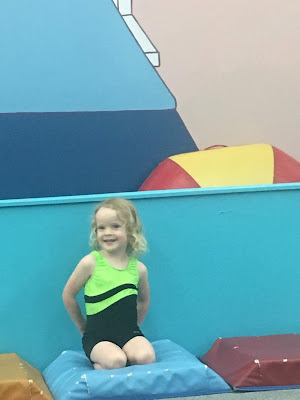 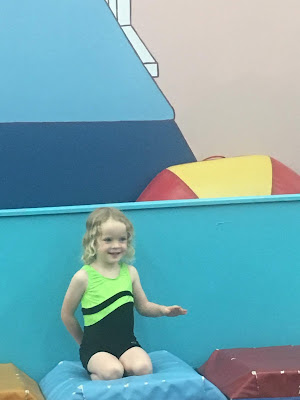 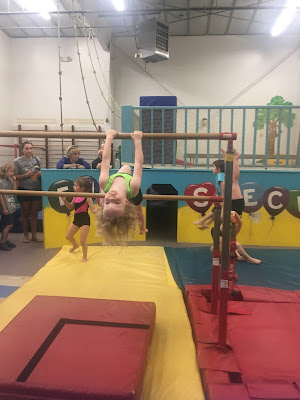 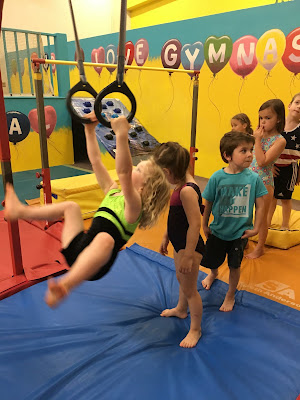 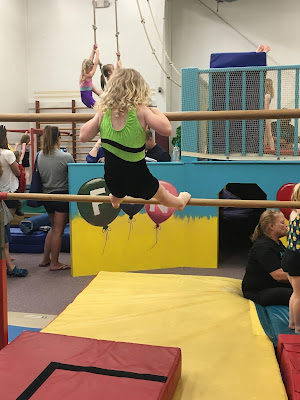 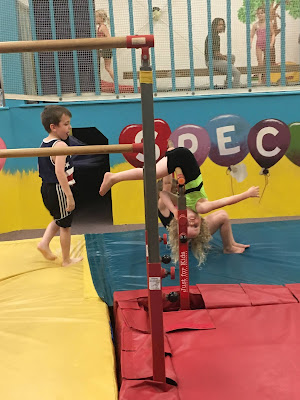 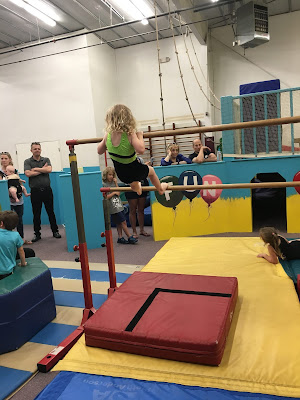 At the end of class all the kids got special certificates. On one side it showed their name and what class their teacher was recommending they take next. On the other side it showed all the skills they were working on in their class and whether they could do it alone or with help. They also each got a medal and got to pose for a picture on a special photo op area while all the other kids clapped for them. When they said their prayer at the end of class, Elise really said it nice and loud. It was so cute to see! Elise will take a break from gymnastics this summer to take swim lessons and if she wants to will resume gymnastics in the fall. 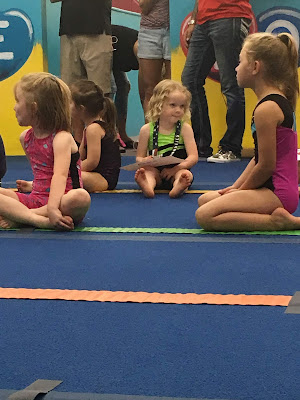 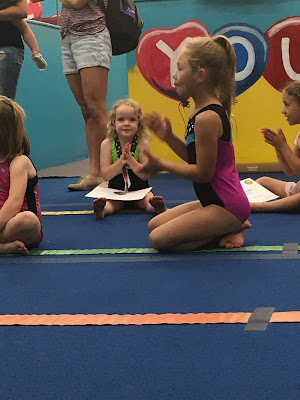 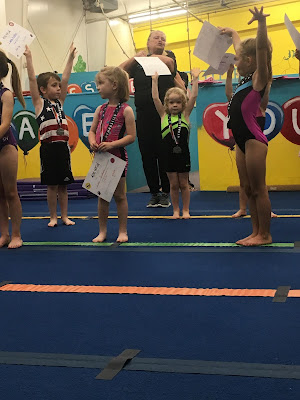