The Air and Space Museum started an annual 5k as a fundraiser back in 2015. We ran it the first year and I was shocked to finish first overall female as I was around 29 weeks pregnant! Jeremy won overall so we both received family memberships to the museum! 2016 rolled around and we were all signed up but then Jeremy had his accident. We decided to go ahead and run the race and Thomas stayed at the hospital with Jeremy. I had spent the night with Jeremy so I hadn't gotten much sleep but I was determined to win again so we could get another membership and because I felt like it would be for Jeremy. It was a very emotional race since at that time we weren't sure whether Jeremy would survive or not and then I got outkicked at the finish for first overall female. Last year I got food poisoning and missed the race. Each year the race has had terrible weather. The first year it was super windy and cold. The second year it snowed and the runways were all slushy and wet. Last year the temperature was in the single digits. So this year when my weather app was predicting a temperature in the low 20's with a wind chill in the teens, I was pretty excited. It was supposed to be sunny with little wind. When we arrived at the museum and I saw the flags on the flagpole blowing straight out to the side, I knew the slight wind had not materialized after all. 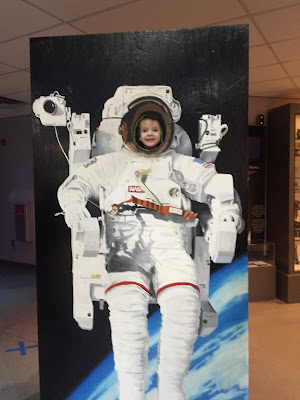 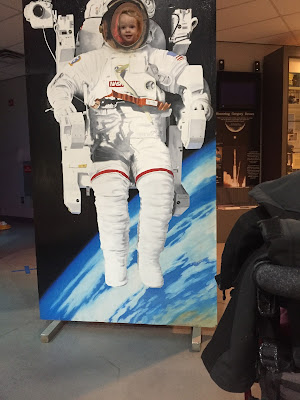 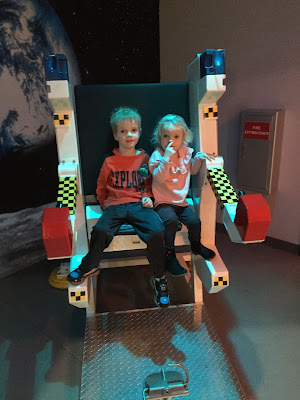 My hope for the race was to run a little faster than what I'd done at the Race into the New Year. I knew it was highly unlikely I'd be able to win as the girl who outkicked me at the end of the race the 2nd year also ran the race last year and went under 20 minutes. I'm no where near that kind of shape right now. I figured she'd run again this year and I had no chance of keeping up with her. I did my mile warm up and ran straight out to the race start with just 2 minutes to spare. I saw my running buddy, April, and she said she thought I'd win the race. I scanned the crowd for dad, Jeremy, and Thomas because starting the race with Jeremy last time really helped me out. I finally found them as he began to count down for the start. They were behind me and I decided to just stay where I was. As we took off I realized April was right. I moved into first female pretty much right away and no one passed me that first mile. I looked down once and saw my watch showing 6:35 pace so I figured my Garmin was struggling again and just kept running at what felt comfortable. When I went through the first mile in 6:45 I realized my Garmin had probably been correct. That was too fast for me at this time but we also had the wind at our backs which helped. When we turned onto the next runway with the wind at our face it was so cold! My ears were freezing because I'd decided to wear my face mask instead of my stocking cap. I ended up pulling the mask down below my mouth so I shouldn't have worn it.

I could feel myself really slowing down during the 2nd mile but I just didn't really care. I kept telling myself to beat my time from the Race into the New Year but my legs just felt off. I went through the 2nd mile in 7:06 and started wondering when Jeremy was going to pass me. I'd slowed down so much I just knew I'd be seeing him soon. The race was pretty spread out and the 2 men closest ahead of me had a decent gap on me but I was slowly catching up to them. I told myself to just run 7:09 or under for the last mile so I'd have a faster time than the Race into the New Year. With about 6/10 of a mile to go Jeremy passed me and I tried to pick it up a little bit to stay close to him. We were running into the wind for much of that last mile and I was able to run 7:04 so not too bad. When we turned toward the finish we had the wind at our sides and I was able to push to finish at 6:05 pace which I was pleased with when I saw it. I finished in 21:33 and was surprised as I walked away from the finish that I started to dry heave a little bit. I think it was likely because my mouth was so dry. My Garmin showed I ran 6:57 pace which was 2 seconds per mile faster than what I ran at the Race into the New Year. I definitely felt like I didn't have as strong of a race and was feeling a bit off so I was glad to have even managed that little bit of improvement. I watched Thomas finish and then headed out on a cool down to run back with mom. I guess I got distracted looking at the planes they had out by the runways because I missed mom go by. When I'd made it a mile out I realized I never make it that far out before seeing her. I looked over to the runway next to me and saw her running over there. I couldn't believe I'd missed her!
I ended up running a 3 mile cool down before heading into the museum where Ty was hanging out with the kids. Carter was telling me how awesome it was and asked if we could come back sometime. I told him we for sure would because we won a free membership and Ty got excited and told me good job. We waited around for awards but the kids were really hungry by then. For some reason they did the overall male and female last so we had to wait until the end and then it took them a long time to enter and print the membership, but I was just glad to get one for free! We went to First Watch afterward for brunch and the kids were appeased with pancakes and hot chocolate. We had a great showing with 4 age group awards. Jeremy was 5th out of 225 overall and 2nd in his age group with a time of 21:21. I was 8th overall and 1st female in 21:33. Thomas was 18th overall and 2nd in his age group with a time of 23:35. Dad raced for the first time in a while, he had been running races with mom due to lingering bronchitis, and just missed an award finishing 39th overall and 4th in his age group with a time of 26:07. Mom was 151st overall and 2nd in her age group finishing in 38:21. Bring on the cold and wind again next year, Runway Run, we'll be ready!

Posted by Liz Runningmomma at 12:12 PM