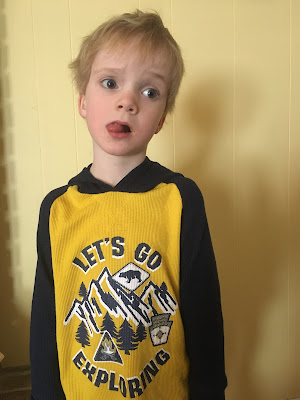 "I have yeti in my pocket!" referring to confetti.

Carter: I'm having a blast laying here in bed!
Me: Carter, you are so silly.
Carter: Opa, me, and Uncie Taco are the silliest. I'm a great actor!

The kids heard me talking on the phone and I told them it was Uncie Taco.
Jake: I want a taco!
Carter: No, it's my Uncie Taco. I call him that because he likes tacos.
Jake: I love tacos! I told my mommy I wanted to go to Taco Bell but she said no.

"These hookers like me. They were hanging on my shoe because they like me!" He was talking about ornament hangers.

Elise coughed because she choked on part of an apple.
Me: Are you okay?
Elise: I okay. I just sick.

One night at dinner Carter reached over and started holding Elise's hand while he ate. Without missing a beat Elise started singing "True Colors" to him as they held hands. It was adorable!
Elise: Knock, knock!
Carter: Who's there?
Elise: Kitty
Carter: Kitty who?
Elise: Kitty Booty!
This is on repeat every day all day, it's her favorite joke!

We were leaving Museum Babies and someone told Elise bye, she responded by yelling, "My mommy's gonna get me mackey cheese!!!!!!!"

I put Elise in bed and she yelled out, "My money, I need my money!"

I was using a silly voice with Elise and she said, "What happened to your words?"

While Elise was drawing...
Me: Elise, you made a plus sign!
Elise: No, I making a kitty booty!

Opa: Feliz navidad!
Elise: I not naughty.
She thought he said, Elise naughty!

Elise was looking at a board book of Baa, Baa Black Sheep by herself. She kept pointing at the sheep and saying, "Why she have 3 bags!?!"

Elise was being really fussy and clingy one morning.
Me: What's wrong, what doesn't feel good?
Elise: You, mommy! I want you hold me!

While driving in the car.
Me: Get off your high horse, Elise!
Elise: I'm strapped in!

As we were leaving after visiting Santa.
Woman: Did you take your picture with Santa?
Elise: Yeah, I cried. I want sit in my Gpa's lap, not Santa's lap.

One day I was getting out undies for Elise. When she saw dinosaur undies she said, "Oooh, dino undies scary!" We had to get different undies. 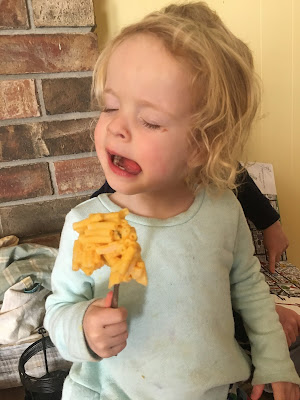 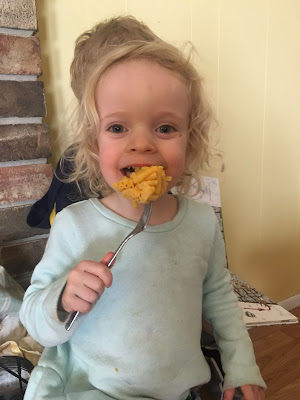 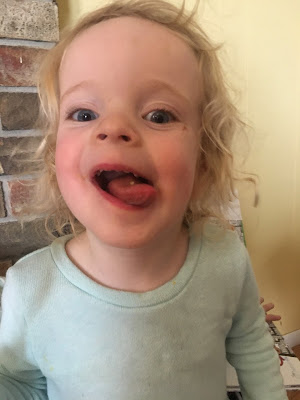 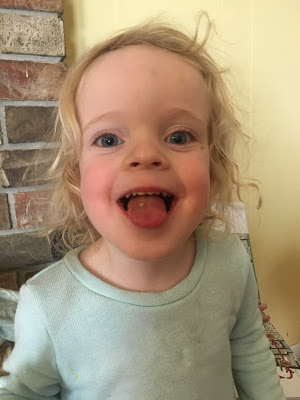 Posted by Liz Runningmomma at 1:40 PM