Today would have been Harper's 11th birthday. Back in September I planned to write a post with memories about her so I could have them written down and always remember them. I never could bring myself to write it because I was too emotional. Just looking at pictures of her would cause me to tear up. On Tuesday when I was sitting in class at naptime and suddenly realized today would be Harper's birthday, I decided it was the perfect time to get my favorite Harper memories down. I asked the kids what their favorite Harper memory was and Carter said how she would sleep in his bed with him. Elise said she wasn't sure. Ty said he loved how smart she was and how you could see her eyes working things out and figuring them out. I'm just going to be a bit random with my memories and put them down as I think of them, not necessarily putting them in chronological order.

When Harper was a puppy I tried training her using food. It was impossible. She got so distracted by the food, all she'd do was sit and bark at the hand she knew I had the food in. I started training her with just positive reinforcement, praising her and petting her and she learned so quickly. It was funny what a food hound she was!
When Harper was younger I'd grab her front paws and she would climb the front of my body and then I'd hold her like we were hugging. She'd even let me carry her around like that. She could climb up virtually straight vertical walls and my mom called her a circus dog because of her talents.

We have a bench in our entryway and she would always lay on it to wait for us to come home when we were gone. It took me a while to realize what was happening because she'd always get down to greet us at the door but anything I may have laid on the bench would have been knocked on the floor. When she got sick she couldn't jump up there anymore so she'd lay on the tile by the front door. 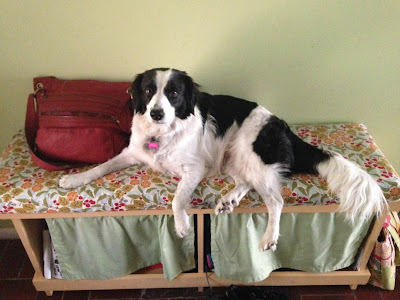 Harper loved her neck rubbed. That was pretty much the only place she ever wanted to be petted. If you tried to pet her somewhere else, she'd take her paw and guide your hand back down to her neck. She sure loved a good neck rub! Elise picked up on that pretty quickly and had a lot of success with getting Harper to do what she wanted! 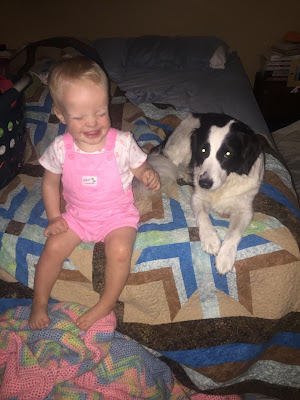 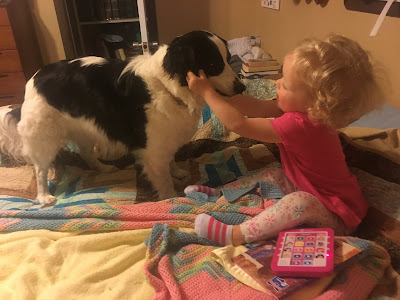 She loved wearing costumes because she knew she'd get more attention and pets while wearing them. 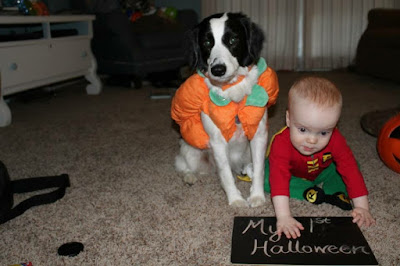 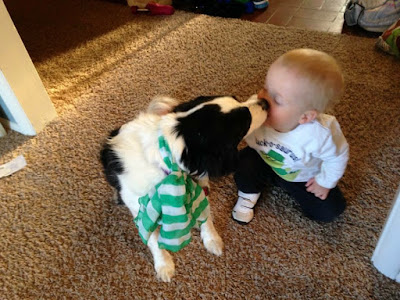 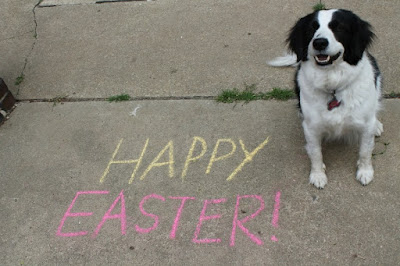 If I called for her and she didn't come, I'd call her "pretty precious" instead of calling her by name and then she'd come running. I joked she was a diva but she really just knew she got more attention when I was in the mood to call her that.

She would eat anything Carter handed her. Usually it was food but she'd even eat grass or leaves if he handed it to her. He thought that was great fun! 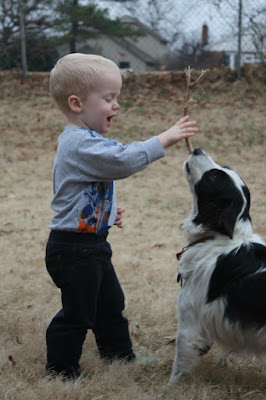 She loved to play with Skippy. When Skippy first moved in with us in Lamar, he would stand on the kitchen table and wait for Harper to walk by. Then he'd reach down and slap her on the back as she walked through. It was so funny to see her surprised reaction! 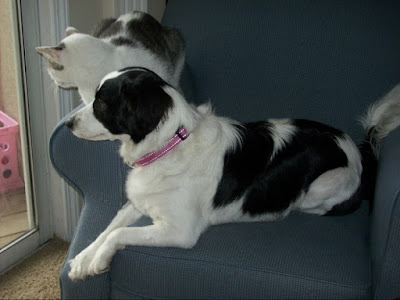 We only took Harper to a dog park once. As we were entering the first fence before going into the main fence to the park, a dog came rushing through the gate and attacked Harper. Ty picked her up and in her panic she tried to climb onto his head. We never took her to one again.

One time I was in the shower and the power went out. I was scared so I started calling for Harper but she wouldn't come because she hated taking baths. Out of desperation I called for Skippy but it was so dark I couldn't see that he had come. When I stepped out of the shower, I stepped on him because he came when I'd called him!

Carter always wanted Harper to be included in games. So many times she was part of a birthday party for his stuffed animal where he'd feed her cake or she'd have to sit in the wagon with him. She was always a good sport about it too. When Carter was little he blamed stuff on her a lot too which was funny. Anytime he tooted, he'd try to pass it off as her. 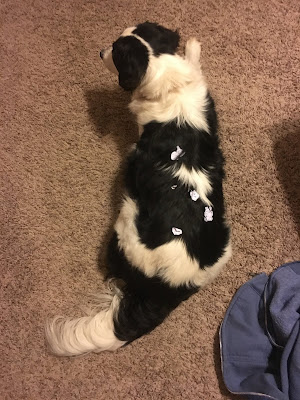 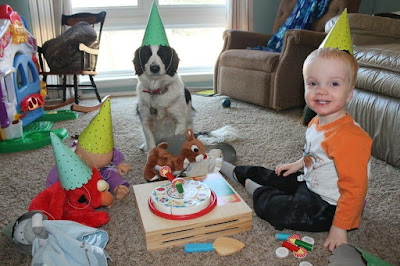 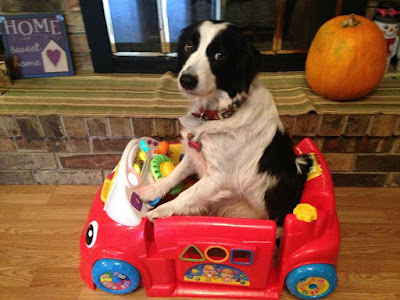 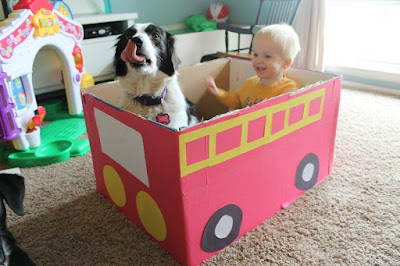 She always loved Carter so much. When he was a baby she always followed him from room to room and laid with him. She'd let him pull her fur and her tail and she would just keep laying there. She never moved away from him. 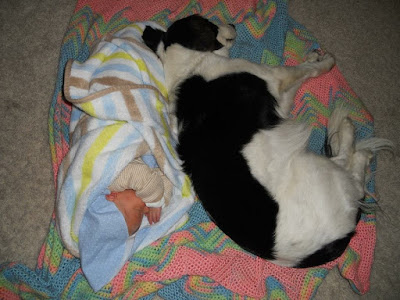 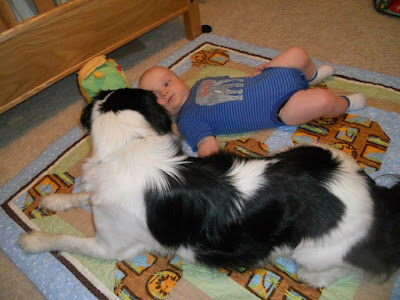 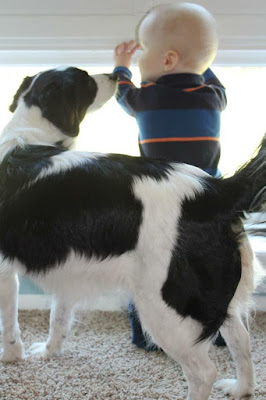 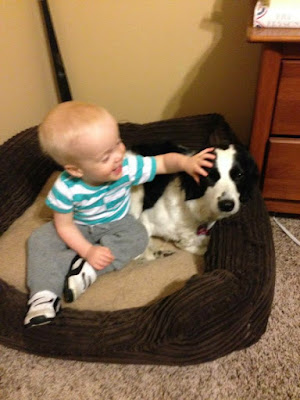 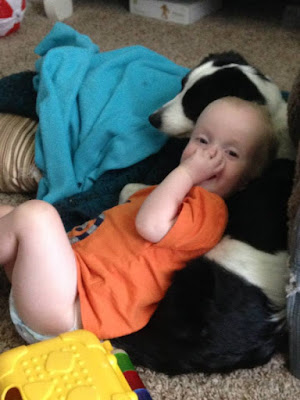 Carter has never liked to be alone. Anytime he was playing in a room by himself, he'd take Harper with him and shut the door to keep her in. One time he told me only things that started with the letters A, B, and C could be in the room. He said Harper could stay in because she was an "art dog".

She also loved Elise but by then was a bit older and a little more wary of sharing her life with another child. She still followed her around and laid with her all the time. She always knew where her babies were and would check on them. 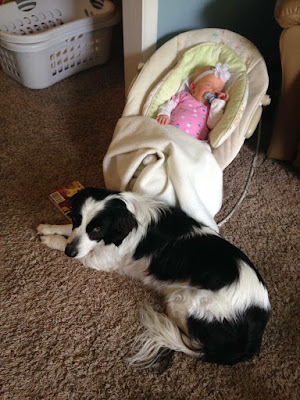 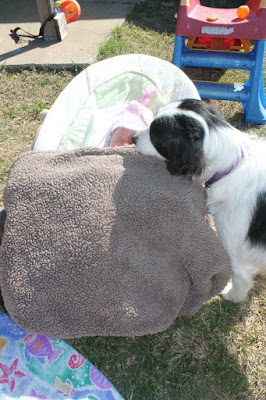 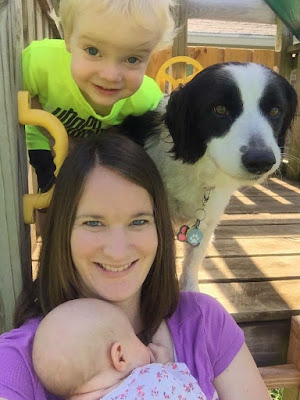 For some reason she loved Ty's brother, Paul, even though Paul doesn't really like dogs. She'd run to him and jump on him whenever she saw him and you could see him awkwardly unsure of what to do.
She loved to lick people and especially their faces. I always had to warn them that when they were least expecting it she would get their mouths and she would still happen to get her tongue in their mouths!
One time on a run she kept falling behind and I thought she was just sand bagging me so I kept pulling her and getting irritated. Finally I looked back and realized she was limping so I stopped and discovered she had a thorn stuck between the pads of her paw.

She did tend to be a bit of a sandbagger on runs though. Often times she ran much faster on the way back to the car or the house because she knew we were on our way back. 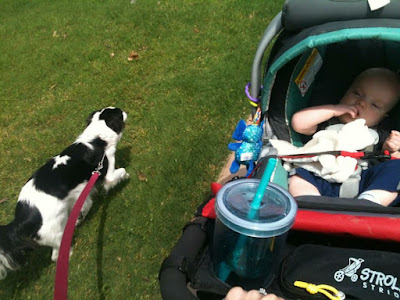 When we first moved into our house she had this long weiner dog plush she loved and would run around the house with. It was so cute and I loved seeing which room it was in when I returned home from work.

Thomas used to pick her up over his head and say she was going, "fly fly". She didn't mind and would just hang out.
One time we were traveling to Pittsburg and Jeremy and Thomas were both in the car with us. Jeremy traveled with his cats and one of them broke out of his carrier. Harper looked over and saw him and closed her eyes in hopes he wouldn't bother her. As she sat, closing her eyes, he repeatedly slapped her in the face. She just sat and took it.

When she was a puppy I put a gate up at Christmas time to keep her out of the room with my Christmas tree while I was gone. She knocked the gate down while I was at work and chewed up a couple presents.

She loved cats and had a special excited bark she only used when she saw a cat.

The only time she didn't pull on a leash was when one of the kids was holding her leash. She was so good for the kids and loved to walk with them. 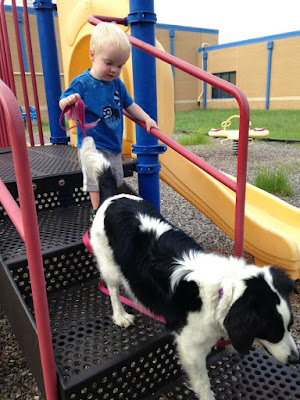 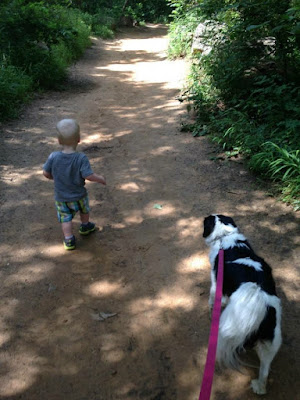 After baths she would do what we deemed her "crazy dog". She'd run through the house, jump on furniture, and just act crazy. Carter would get so excited to watch her after her baths. 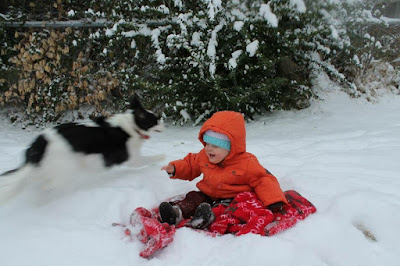 I may add more memories later as they come to me, these were just the ones that I thought of as I wrote this. If you have any memories for me to add, please leave a comment and I will add them. I wish she was here for her 11th birthday but I am so glad we got to celebrate 10 of them together. She was a wonderful dog who brought so much love and joy into my life. I am grateful she was my companion during the 2 years I lived alone and beyond. 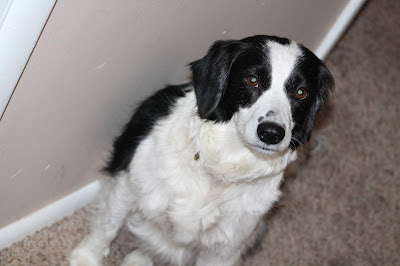 Posted by Liz Runningmomma at 6:58 PM