After Carter was born I loved seeing Ty as a dad.  Seeing him hold Carter and kiss on him made my heart swell.  It made my love for him grow.  Then Elise came along and that love I had for Ty that I couldn't imagine growing any more, it did it again! I've loved seeing how he is different this time.  He is more confident of his abilities and less afraid of hurting our baby.  Going through it before has made a world of difference in how he reacts to situations and his willingness to help. 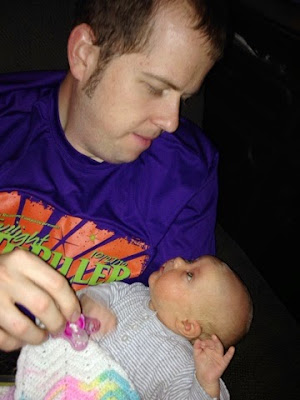 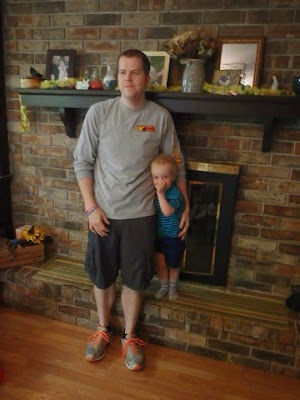 We were talking about how things have been different this time and we both feel so much less frazzled and worried.  Ty mentioned when Carter came to the hospital and he was holding him and Elise together for the first time he had a moment of panic.  It quickly subsided and he knew this was right.  He knew these two babies were exactly what we needed and our family was perfect, at least for now.
With the added confidence Ty has been more willing to step in, help me out, and give me a break.  One day he strapped Elise into the baby carrier, which was too small for him, because she was fussy and I wanted to run.  I took Carter in the single stroller while he finished up dinner with Elise.  It was funny to see him wearing the carrier because it was extremely tight, but it was even cuter knowing he was willing to do that for me and for Elise. 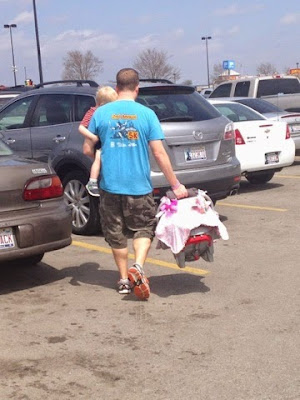 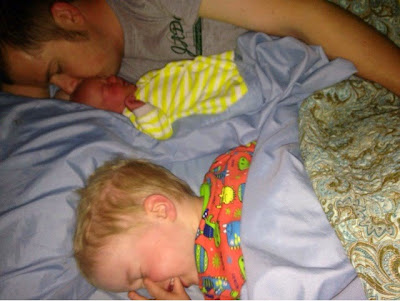 After traveling with both kids by myself so we could meet Addison, running around with both the boys while wearing Elise, all while skipping naps and missing out on nighttime sleep, I was exhausted.  Ty took Carter in the backyard to play while he mowed the lawn so I could lay down with Elise.  It was the best!  Little moments like that mean so much to me. 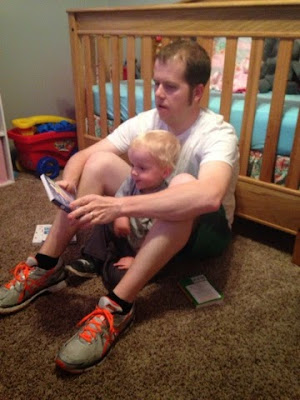 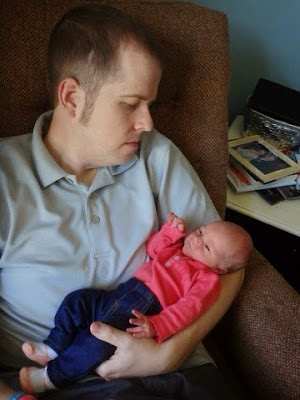 Even with as much as I loved seeing Ty as a daddy for the first time, I love seeing him as a daddy to two even more! I love seeing how natural it is for him now.  I love seeing how he's able to juggle a toddler and a newborn at the same time. I love that he's able to take charge and not ask me what to do all the time like he did with Carter.  I also love hearing him sweet talk to Elise just like he did Carter.  I enjoy seeing him get excited over the little stuff.  Her eyes being open, her wearing his favorite outfit, her turning her head to the sound of his voice.  Being a parent for the first time is a lot of fun, but being a seasoned parent is even more enjoyable. I'm looking forward to watching Ty's relationships with Carter and Elise grow as they get older.  It just keeps getting better! 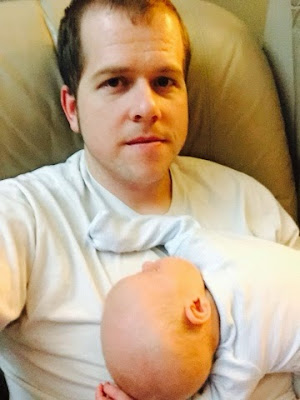 Posted by Liz Runningmomma at 4:06 PM